Can this turn into GH definition? Kernel Density

I found a very interesting density mapping method which can help conceptualize architecture relationships in diagrammatic way. But, I have no idea how this thing can be made in Rhinoceros,GH or any other plug-ins. Scripts? I have zero knowledge of any type of scripting program.

My goal is to populate density map shown in the image. Extremely interesting and exciting stuff!!

This website added C# code examples,but I don’t know if I can use it in GH to generate density maps. (Is there any existing GH definition and plug-ins I can look into?)

I am aware of there was a way can do shown in the image in GH. If I remember correctly, that was importing MS Excel data to GH, which a bit different than what I’m looking for. I’m interested in the first example.

probably this wont help much… but I just saw your post went through my old folder because I had a little play with this kind of stuff years ago, for a town planning project but different principal from what you probably had in mind.
at that time I had a heat map taken from topographical drawing, and was trying to create some analysis stuff but I ran out of time and decided not to use it. so I dunno if this is the stuff you want or maybe not = 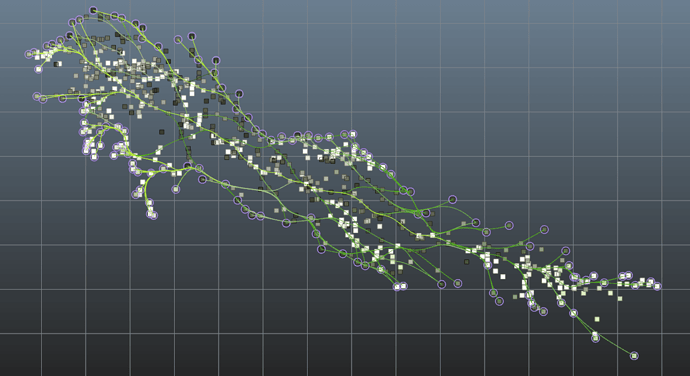 what I have there is a bunch of curve that is generated on the area where the point density is high.so thats it actually, just simple stuff. you can get point density info from Excel, or Heat Map, or from other software.

on the pic you posted it seems like its more than just that. those “tendrils” somehow has connection with vectors. but I am not sure yet I will dig more into it from the link you provided. also it has more points and more curves to work with.

I will try to recreate that in grasshopper after I come back to the office on Tuesday by the mean time if anyone can give better explanation, I am very excited to know that as well…

That’s really helpful. The image you shown is close to the original ones. I look forward to see further post.

Well, I thought about that…I have a couple of reasons I don’t go there.

Talking about Maya, do you know any way of importing/exporting Rhino camera positions(such as named view) to Maya? What I’m trying to do is vector render in Maya.

yup, Ill get that done once I come back from vacation. we are having 3 days holiday here in China.

Talking about Maya, do you know any way of importing/exporting Rhino camera positions(such as named view) to Maya? What I’m trying to do is vector render in Maya.

but I just looked on google, apparently someone made a script in Grasshopper to export Rhino Named-view to Maya. I have downloaded his file = just grab it here =
camToMaya.ghx (37.4 KB)

and if you wanna know how to use it, here is the link, he shows step-by-step tutorial how to use that,pretty easy.= 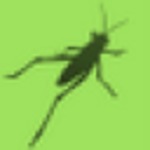 and here is the screenshot from that link = Credits to Robert Cervellione for creating that Script

note that it probably wont work on the latest version of Maya. AD team made a huge change on Maya 2016 (including the system I believe) so if that wont work try to get Maya previous version instead.

one thing I need to tell you that Maya is very picky when receiving other file from other application. for instance a polygon object, Maya will create tons of extra unnecessary “Node” attached to every single object on your exported geometry, and sometimes it can cause trouble (the chance getting this are less than 1% though. but I experienced once)

I dont know if that applies to the camera as well, but you can give it a go.

Awesome…thanks for the info …

I guess in China, you have to break the firewall to access discourse…

actually I stay in China only for several months, I will go back to Singapore next year… I miss facebook LOL.

SU is very popular here because townplanning is a common project. most SU users are architect, but I seldom use SU. I only open SU when I am forced to open .Skp files given by some of my colleague. and working with SU file is really a pain in the arse, because the way SU user create mesh geometry its all N-Gon.I have to fix it one by one in 3dsmax before I can further use the model. despite all the pain, the only thing I like about SU is its Sketchy-style-linetype. pretty good to visualize building-mass for study model purpose.

and for SU Viewport…LOL I can recognize it even when I am standing 10 meters away from the monitor.

there are rhino user too in china. some big Architect in the world have at least an office in China. and they have dedicated team who are very skillful in Rhino+GH.

apart from SU, I would say 3dsmax is also pretty common here. almost all 3D needs to be done in 3dsmax because rendering company prefer 3dsmax file. (also the fee will be cheaper if you provide them 3dStudio file)

how about in S.Korea?

Hello
I read the article and I did that, without optimization, and some differences, Nurbs not polylines. Hope it could help.
kernel_bundling_published.gh (68.2 KB) 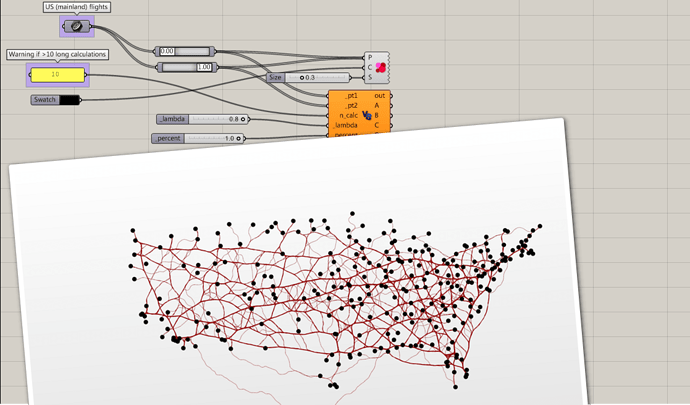 Update, I filtered curves with Laplacian. I also Add a size for the Kernel, the bigger the more the curves are bundled.

But I will go to NurbsCurve to polylines in adapting script from authors. I think it will be faster.
kernel_bundling_v2.gh (73.6 KB)

I still use the other blog

All the best from France

Hey! Thanks for the c# implementation!! I’ll check it. I made some similar implementation using Kangaroo some time ago for a urban project. If anyone is interested I could search for it. The thing is that for sure is going to need some updates to match new Kangaroo components.

Accumulation map represented on a mesh (US airlines)

I was wondering if you would able to share the above script (GH + kangaroo). I would like to understand the workings of this and see if it’s relevant to project.

man i can’t access the link you posted, i’m very interested in the way you made those graphics
can u reply the link ?