Can any body explain whats wrong with that?

Can any body explain whats wrong with that ?

Not from a picture, no.
Is that actual geometry or just a display glitch?

When are the GPU drivers from?

Not the CPU - the drivers for the graphics card.
Could you post a screen shot of the Video Hardware & Driver Information that you can find under
Rhino Options > View > OpenGL?

OH ! sorry ,misunderstand there is ; 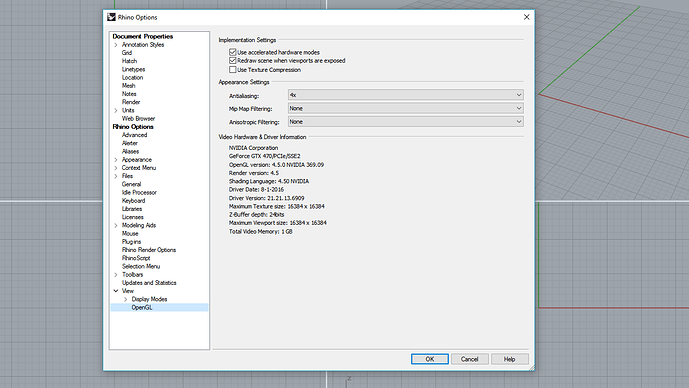 If you turn off the Gumball and select something, does the same thing happen?

Only shaded mode have that display problem 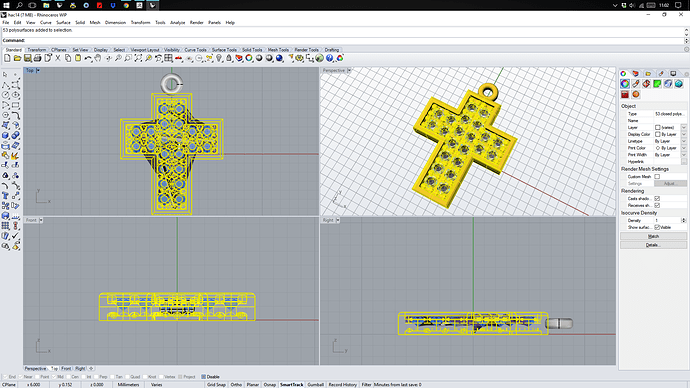 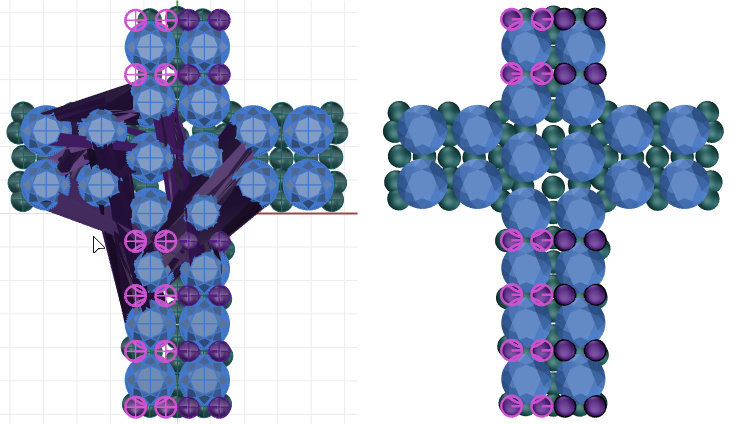 I guess a bigger brain needs to look at this one… @stevebaer?

Thanks for posting the file, I just checked it in the WIP build of the day and it shades correctly grouped or ungrouped…

blob.jpg1349×931 334 KB
My first thought seeing your screenshot was that there was an edge out of tolerance in the file but I ran through the objects and it all looks good. Please test again with the next WIP but if it still shades poorly let us know. @jeff I believe you have a GTX 470 still, we might need to test with it specifically if there’s still an issue.
1 Like
wim (Wim Dekeyser) September 29, 2016, 12:41pm #13

Thanks WIM and Mitch, my hunch is it’s fixed then in the daily build.

I’m not seeing it as shown here… However, in Shaded modes, when I select only the outside cross, I see the bogus mesh drawing… Quadro M series. Getting the latest BOTD now…

@BrianJ What happens when you select/pick only the cross portion?

Ok…with the latest BOTD I am no longer seeing the problem… So I guess it’s wait for the next WIP situation.