I can see how that would be technically problematic for more extreme surfaces. Seems like difference between square edge and plumb edge is similar to the difference between Offset Surface _Solid and Extrude Surface. Certainly the results are not the same, but similar. If I was to model a roof from an irregular surface with native Rhino objects I would duplicate the surface border, extend the edges by a few inches, offset the surface as a solid, then use the original surface border to trim the edges plumb, which is probably quite a few steps to code for parametric objects.

@bcolaprete we will study how can we add this option in future versions. I’ll keep you posted.

Another bud / wish from me

Would be great if VA objects had some kind of data (or maybe some more data) representing their relationships, especially relative position. The problem is showing when I have to, for example, copy the building several times, move it slightly or rotate. It takes a lot of time to refresh the geometry that is moved even though it’s components did’t change in relationship to one another. There are also a lot of bugs happening, like windows or doors skipping to neighbouring perpendicular walls - especially when rotating.

I know that this can be worked around in some way by making the building a block, but as long as blocks are not drawn properly on 2d representations and Rhinoceros 5th’s block editor is taking away some part of the screen during editing, it is not too convenient to make the whole building as a block. And it still isn’t solving the problem when there is for example some great part of the building to be moved.

It takes a lot of time to refresh

How long does it take? Can you send the model to visualarq@asuni.com so we can check it out?

That should not happen. Please send us an example so we can fix that error.

In VisualARQ 2 blocks should be displayed properly in 2D representations. Let us know any case which does not work properly.

I confirm the fist two points. We’re also experiencing slow down when moving or rotating and windows and doors getting displaced. I assume the latter is because some objects change position and rotation faster than others, and they respond to their new positioning before the elements they originally belonged to moves to its new position.

@XDGA Please send us (visualarq@asuni.com ) also a 3dm file so we can test these issues and improve that behaviour. Thanks!

Hi @Tomek_Wloga we have just released VisualARQ 2.0.16 that fixes the error that was making windows snap on the wrong walls after rotating a model. VisualARQ 2 - Version 2.0.16 released

[wish] as the MatchProperties command doesn’t wor for VA properties, would be great to have another command, for example vaMatchProperties that could do the job.

We have this idea in our wish-list, snd should be implemented in a VisualARQ 2.x update.

[wish] when I want to purge the document for example after importing dwg with a lot of unused blocks, all the blocks that are used by VA styles that are not inserted into document are also purged. Would be nice if vaPurge command had the option to purge all of the stuff purged traditionally but the parts of VA styles.

You’re right. Rhino SDK does not allow to “block” the deletion of blocks. Only layers could be blocked.

There is a “vaPurge” command, but it removes all VisualARQ data from a document, so maybe this is not the correct name for the command, we should call it “vaClean” or “vaReset”, and the “vaPurge” should do what you propose.

Hi there! Was unsure about the etiquette of creating a lot of threads so I thought I’d collate a few here:

1:
If the single bed is completely vertical the some lines of the pillow disappear. The same can be seen when using the bathtub. 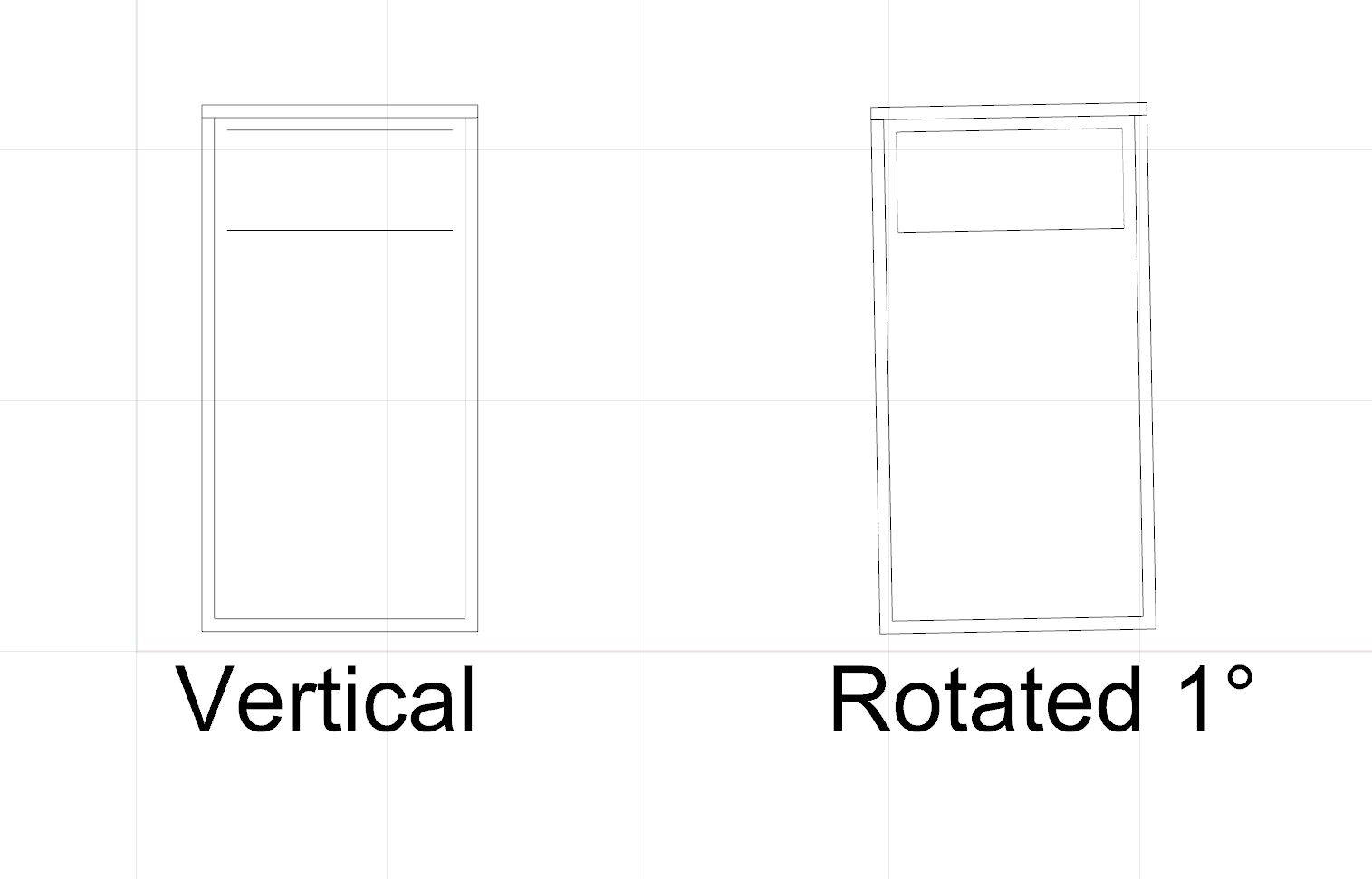 image.png1515×971 8.65 KB
2:
Extending a wall constantly breaks the ability to add windows onto it, but it seems to be random which wall will stop functioning, as some walls that have been extended don’t break. Sometimes even doing UnExtend - Extend will fix it and then later it breaks again
3[WISH]: Curtain walls as space defining, and if that’s too difficult to implement right now then maybe just a curve that is space defining. It just really becomes a hassle when creating a lot of spaces to do it by curves
4[WISH] : Hatches on vertical surfaces (Especially on walls) - Especially useful for cladding when doing elevations and changes are made.
5[BUG]:
Section Arrows and styles in VisualARQ millimetre template are only one millimetre: 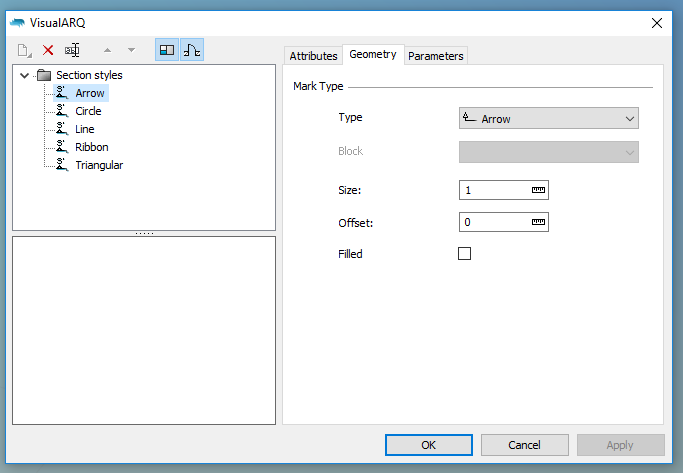 Hi @rheinason thanks to report these bugs and issues:

6 [WISH]:
Ability to add an arrow going to full length of stairs when looking at stairs from top floor. 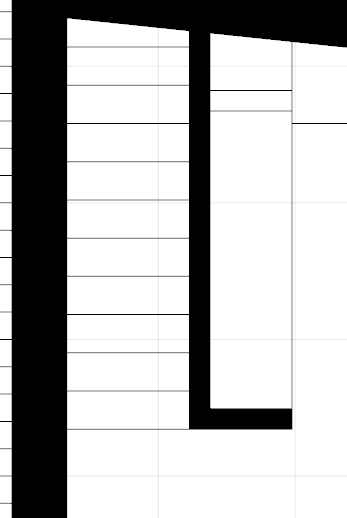 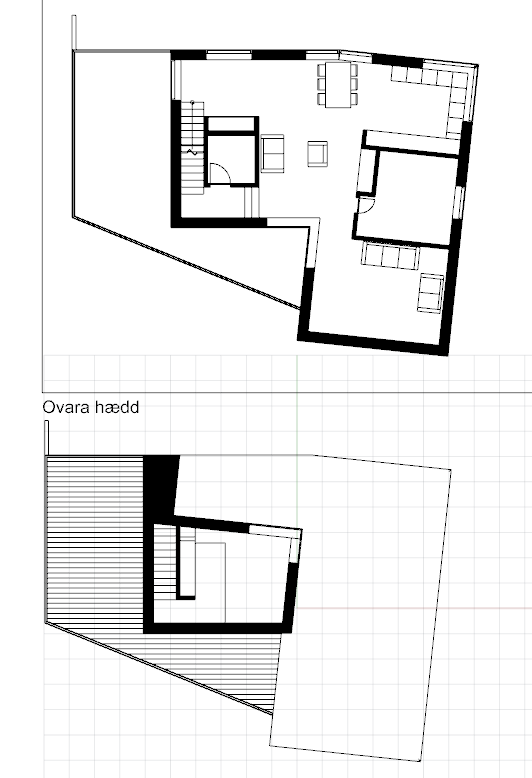 2: I’ll send the model if one of the walls stops working, at the moment everything is working fine so I don’t want to touch it too much

I did try updating the wall and the problem remained though.

@rheinason the issue #1 seems to happen in templates in mm. You can fix it if yuo change the absolute tolerance to 0.001 mm (Options > Document Properties > Units > Model > Absolute tolerance) and update the objects: 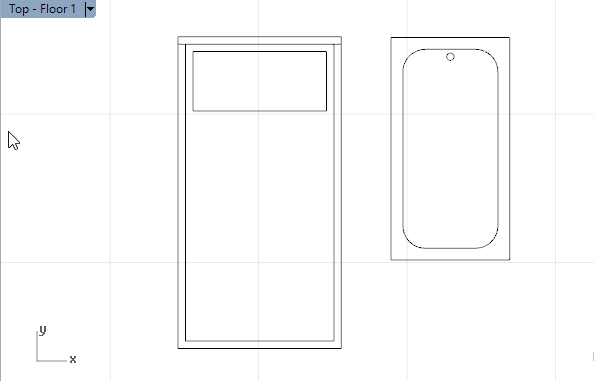 Ability to add an arrow going to full length of stairs when looking at stairs from top floor.

This might be a problem related to the absolute tolerance value. In any case, send us the model to visualarq@asuni.com so we can check it out.

This might be a problem related to the absolute tolerance value. In any case, send us the model to visualarq@asuni.com so we can check it out.

The tolerance fixed the bed, but the issue with hatches remains. I’ve sent you the model, thanks again.

Got it. Hopefully we can fix the issue with hatches in the next version. I’ll keep you posted.

[Wish]: That spaces remained the top most object, this is especially practical in small bedrooms where the bed ends up covering the Space Tag. My solution is normally to lift the Space Tag up in Z, but that an extra step I’d love to avoid.

[BUG] Updating multiple 2D drawings creates all kinds of weird errors, while updating the drawings one by one works perfectly.
[BUG] Since update, updating 2D plans is very very slow on some models. This might be due to some new tolerance setting?

@rheinason we have sent you a version that fixes this issue by email.