I’m looking to inflate a flat, organic drawing I have that has some holes, other parts that are long and thing, and more still that are large. I’ve attached a picture of generally what I’m looking to bubble up. All of the blue would ideally be inflated like a weird-shaped blob. What would you say would be the best way to accomplish this? I’ve been looking at the famous bubble R tutorial but that would take quite a while to accomplish especially since my curves are complete garbage having come from Adobe Illustrator. Thoughts? Suggestions?? 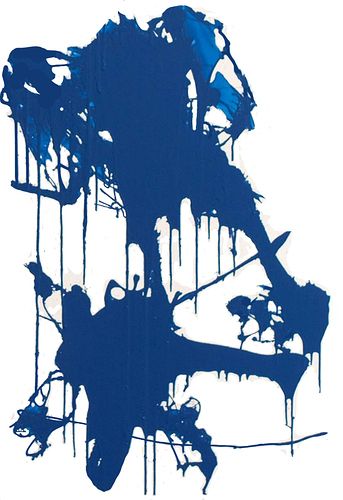 If you know of a method that would do it and the roadblock is your curves are junk from Illustrator…fix the curves! Garbage In, Garbage Out, after all, Illustrator curves are NOT of sufficient quality for 3D model creation.

well, they aren’t the worst. Just an issue with two lines on top of each other.

Jan 27 2020 Update Added many new features! Including profile customisation. See details below. Simulation Intro Function: Feed a closed curve, it returns a inflated surface with inflating animation. N(Framei) is current animation frame. Use Smooth Numer for animation effect. Right click to set duration. N(FCount) for total number of animation frames. BaseCrv can be spatial or flat curves, but must be CLOSED! For BaseCrv is POLYLINE, set N(u)=0. N(u) for number of control points on equator …

This sounds really complicated for a beginner like me but also super interesting! Thanks for sharing!! I’ll definitely try this method.

This sounds really complicated for a beginner like me

It is a complicated problem (You could also look into Kangaroo). It might be a good idea to learn some basics first before jumping into tasks like this. You can start here: http://grasshopperprimer.com/en/index.html

However the link I sent is using just one custom component. I don’t think it can get simpler.

This primer is great! Thanks!! 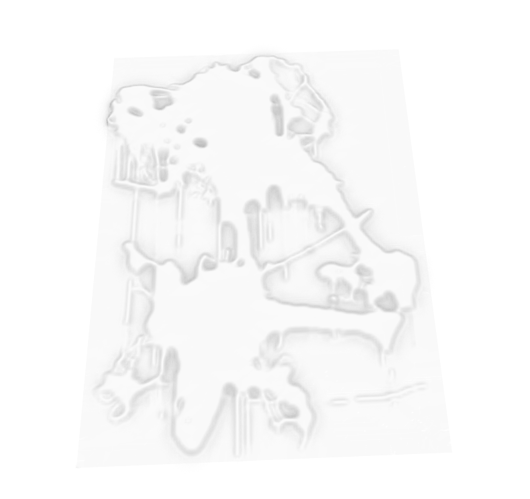 you also could use Photoshop + heightfield in rhino to get a slope inside the form: 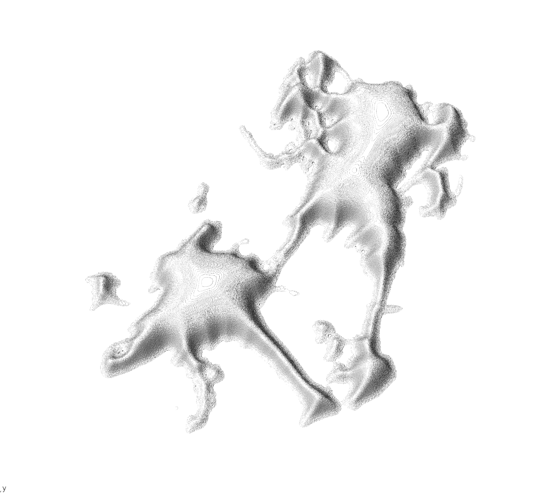 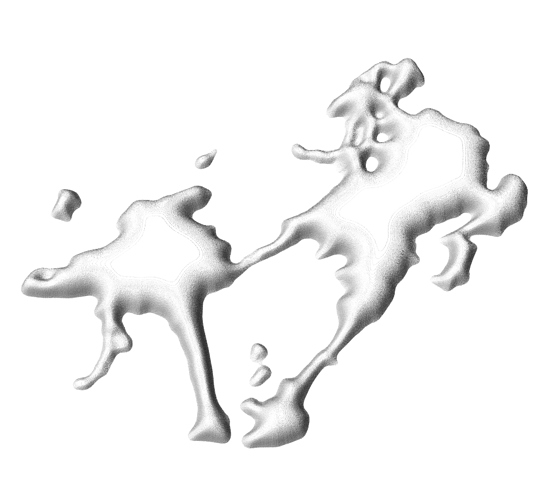 Pardon my naivety of this Photoshop effect, does this make a 3D object or it is just a 2d effect?

have a look at the how to in the post; its a gradient from the edge inwards; the 3d geometry is generated by the heightfield command in rhino;

btw: afaik, ps has also a “heigtfield” command; but I never done any 3d stuff with ps…

Yes what I meant was can Ps do the 3D, I know it has some (limited) 3D capability’s. Cool effect either way.

This IS very interesting! I will have to try it without a background and see how that looks. Thanks for taking a look and making this!!

there is also a photoshop add-on that can take a heatmap and make a 3d topographic map. the only difference is that it’s pretty unstable and the final product can be pretty jagged. Also, it’s completely dependent on the lightness or darkness to make the depth.

you don’t need an add-on: 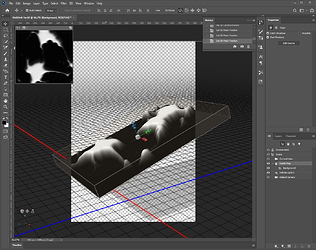 EDIT: actually compared to rhino the ps mesh is so much nicer:

Looks like Photoshop CC has some cool new features! But this also looks like it’s poorly doing the same thing that the heightfield command in rhino will do.

Hey Jia. I’ve had to learn a little more about grasshopper before I was able to use your component but now I think I’ve got it. Unfortunately, I’m not sure this GH component is able to work with the holes that are throughout my surface since this GH component mainly uses closed curves to create the bubble effect. Please correct me if I’m wrong.

You are right. I really should have not used garbage lines. I’ve now fully fixed them in Illustrator and imported into Rhino. It’s starting to look a little better now.

I’ve been working on learning more about Grasshopper for a few days now and feel that I’ve got a bit of a grasp on things. However, I can’t seem to get the details to show up. When you made this how did you get the holes to show up?

Inflation sim doesn’t work for inner wholes. I used different approach for case. This is another story. I have task on my hand right now. I will provide you some details later on.