I just want to place some contour lines on top of a surface/mesh.

But sometimes the lines get chipped away by the surface. i tried increasing line weight but that does not solve the issue. I then tried BringToFront and it works but now curves that should be blocked by the surface are also visible…

Now if I run SendToBack no curves are visible at all…

The whole interaction of BringToFront with surfaces has always been a pain to be honest.

Hello- please post a file that shows what you are describing and I’ll take a look.

It’s just what I described.

Curves are below surface. 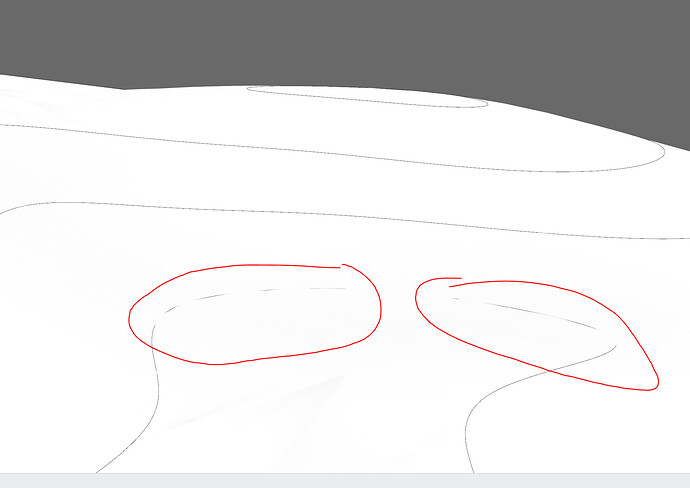 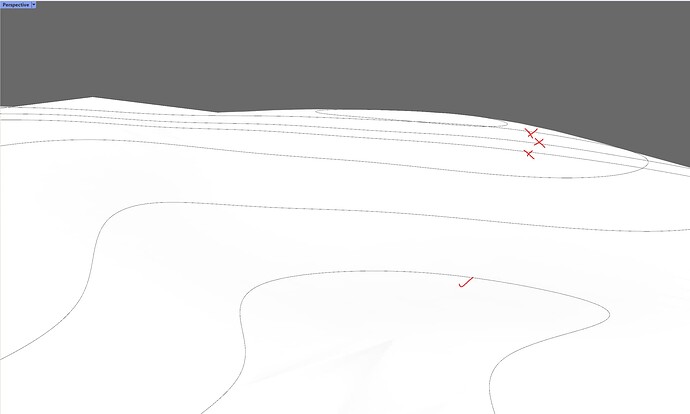 Curves are correctly on top, but then you can see the the curve behind the surface.

Similar problems have always happened with curves and surfaces. 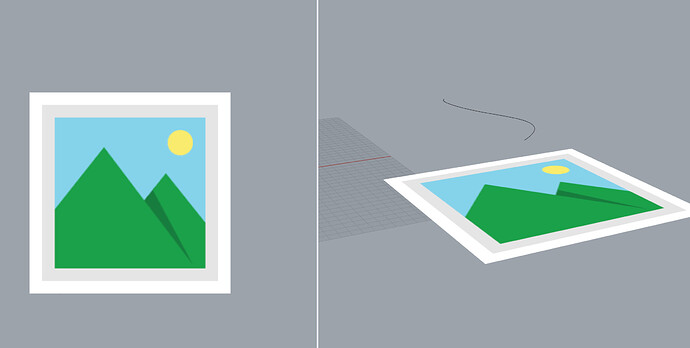 Yeah… this is one I’d like an example of.

For your first example, refining the display mesh may help- 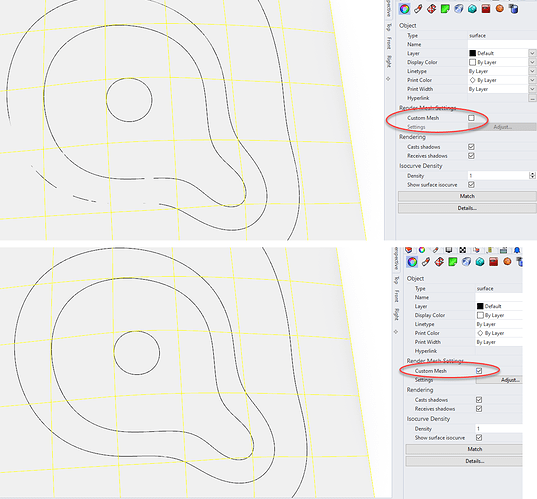 Also increasing the setting in testZBiasFactor may clean that up. This pushes the curves foward slightly so that it can ‘clear’ the render mesh in those areas where the mesh is too coarse.

Here is the file, planar surface and SendToBack the curve.

I think is rather confusing and not practical that you can change draw order for curves alone, but it affects surfaces too. Then you can’t bring the surface back to front unless you send the curve to back instead.

So, what I see is that the curves have been ‘sent to back’. ClearDrawOrder will reset, and you can then apply what you need but as you discovered, the surface cannot be set with a draw order - only the curves, and it is absloute for them - if they are in front, they are in front of everything. For mixing and matching different draw orders, I’d say this is mostly useful for ordering curves and hatches among themselves in a 2d drawing. I personally use BringToFront etc. in 3d mostly to pull curves in front of surfaces in some cases in just to make some things easier to see see or call out in testing or tech support.