Thanks again for all of the help, ideas and criticism. The one thing that no one said was, don’t fillet 2D drawings and then import them into Rhino and expect flawless performance. It never occurred to me (and on one pointed it out), but the fillets also get tapered when they are extruded. Seems intuitive, right? Yeah, but… OK on to the success story.

I suspected that my 2D dwgs were the issue, so I exploded them,deleted the fillets and ‘traced’ over them and then deleted the patterns. I then trimmed and joined them creating closed surfaces I then used ExtrudeTaperedCurve, Used Boolean Difference to subtract the void and the hole. Tried Boolean Union on the single ear and it worked! Undid the Union, arrayed the Ears, Boolean Unioned them all and got what you see here 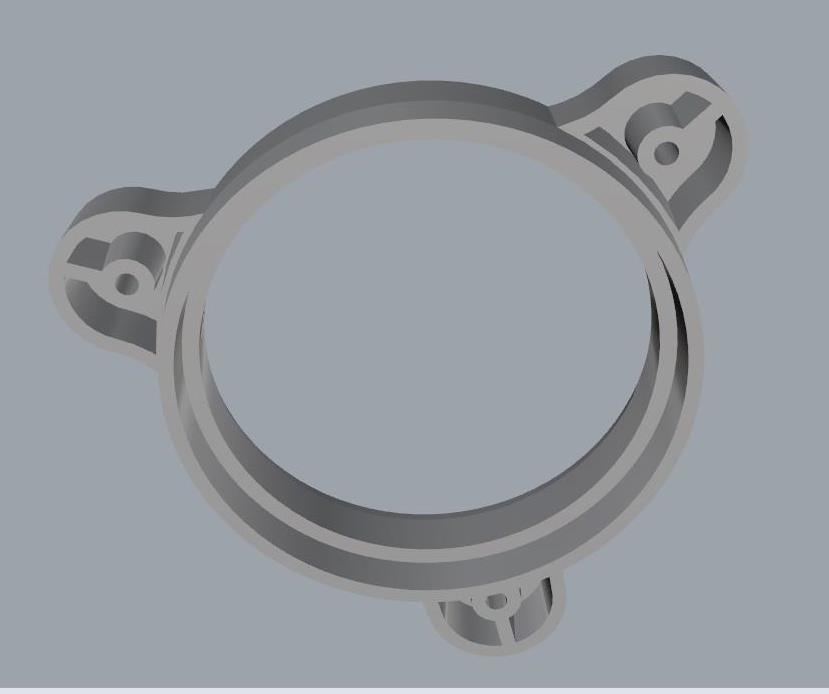 I don’t mean to dump cold water on your success, but you should be aware that the repairs that you made to the pocket of the ears had nothing to do the success (or failure) of the boolean union of the ears to the main body. Those were two entirely unrelated problems.

This is the reason recommend to people who are learning Rhino to not use booleans. If you learn to do it all without booleans, you will gain the knowledge of how the process works. You will know what makes the process fail or succeed and therefore you can set things up to succeed from the outset, If you keep using booleans you will never figure out why they fail or succeed.

You may try and rain on my parade but I don’t care. I got it to work, I can receive my quotes and get on with making money!

Do you still drive with a stick shift?

I don’t understand the relevance of your question, but no I have an automatic now since the stroke affected my ability to operate a clutch with my left foot. Now, why did you ask?

Lame humor meant for Jim. As in doing something the hard way when there is an easier (and just as effective) way available. Fro example, Today I inset some text into a box. Why would I intersect, split, delete, then join when boolean difference works perfectly?

The easy way is to learn from others mistakes, but it is difficult to do. I found some of the models that I needed on the web. I’ve done the others myself. I will post some images when I’m done.

Again thanks to the forum members who helped.

I forgot to mention that we were just granted our third patent.

Not bad for a 70 year old who has had Rhino for less than a year.