Bongo (2): morphing by scaling not working

I need to show an animation of a deforming dental object. I create a single surface of the object.

I can select some control points and use scale2D to deform the surface like shown at the screenshots. This is what I want, but it doesn’t work if I’m in animation mode, than the 2D scaling isn’t accept anymore. Looks like a bug for me. Could it be fixed please? 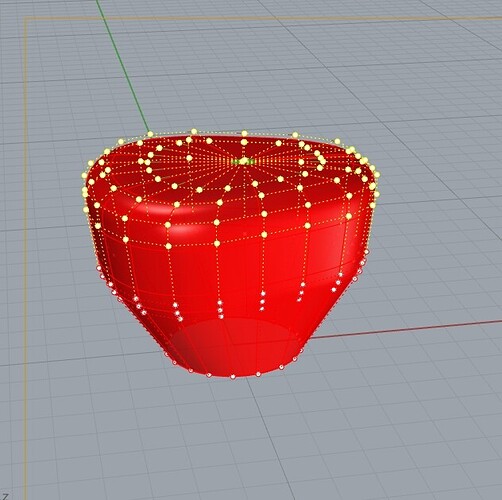 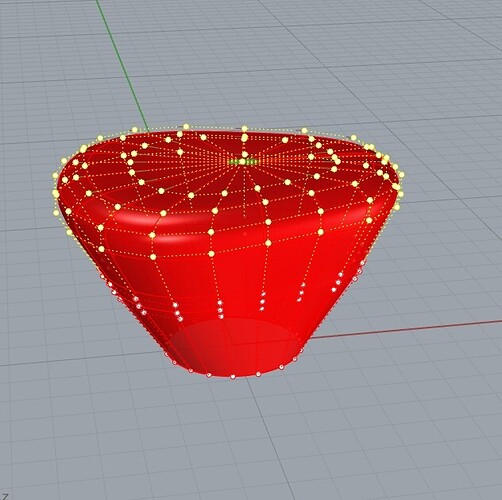 Hi @Micha
I’m no Bongo expert, but I think you need to use BongoScale rather than Scale2D for transforms to work.
HTH, Jakob

Thank you. I tested it now and unfortunately BongoScale doesn’t accept points as input.

Hi @Micha
If you look at this video it looks as if control point animation should be possible. Maybe you can use MoveUVN instead of scale and get that to work? I’m don’t have a Bongo license here at work, so can’t test it for you

Yes, control point animation works, only the scale commands are not working. I never used the MoveUVN, but it works.

In my case it’s not a replacement for scale2D, but it’s in interesting tool which I need to keep in mind. Thank you pointing me in this direction.

Would you be able to share your model with us?
https://www.rhino3d.com/upload?to=marika.almgren@mcneel.com
I’m not able to reproduce this on my machine.

Morphing only supports actual displacement of control points. So only Rhino’s Move command can be used, not Scale nor Rotate. In this project you want to ‘move’ control points by applying Rhino’s scale command. Indeed, Bongo 2.0 doesn’t support such.
Maybe @Joshua can take this up in 3.0?

Oh, that’s hard. For example scale is needed to get a symmetrical movement of the selected points or a movement in one/two/three directions at the same time. Scale allow a different power of movement - points near at the origin are less moved than points far away. Scale can be used in standard Rhino mode without problems. Scale leads to a displacement, not a scale, so, for points scale isn’t really scale. So, I hope it’s possible for Bongo too.

It it possible to save the state of moved control points without Bongo? So, I could deform an object per Rhino tools and later, during setting up the Bongo animation I could recall the saved deformation. But named position doesn’t support control points. Is there an other trick or workaround?

Sadly, not in my book.

When Bongo is active and one runs a Rhino scale command, Bongo will then convert the command to BongoScale and the BongoScale command doesn’t support that kind of movement.
The reason behind this decision was because of the support load on users using Rhino Scale/Rotate with Bongo and it not working. We notice now that it some cases that wasn’t a good choice.
We logged it here:
https://mcneel.myjetbrains.com/youtrack/issue/BO-3492
As a work around what you can do is to use Gumball Scale to move the control points, as in press the Animation button, select the points and then use the Gumball Scale handle(s) to scale and in that way move the points. Bongo will then register and animate the movement of the points.

Thank you for logging the issue and the suggestions.

I tried the gumball scale handle and I have the problem that the origin is in the middle of the selection. Can I move the scale orgin to an other place?