Wrapping curves onto a surface 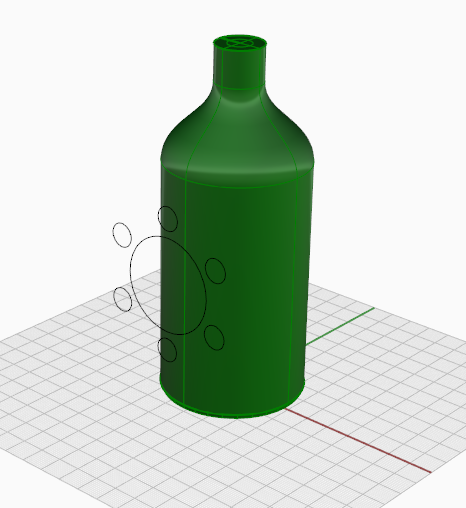 How do I do it without distorting the image?

Pull seems like the right tool.
http://docs.mcneel.com/rhino/5/help/en-us/commands/pull.htm
Maybe could you try to explode the polysurface an try on a single surface?

Hi PR! - Project will work if you have a CPlane with it’s normal in the projection direction (e.g. Front or Right in this case). ApplyCrv will ‘work’ if the curves start in the World XY plane, but it’s not what you want here, I’d say . I’d Bend the curves, from Top to get them conforming to the cylindrical surface more closely, then Pull.

I can try the single surface thing when I have access to the file next.
As for Pascal’s comment I haven’t really learned about cplanes yet so I will have to look into it. Pull does seem to be the tool I would like to use. It is called Wrap in SolidWorks.

I would like to wrap this sketch onto this surface so that I can split/trim with it.
How do I do it without distorting the image?

I am sure that some of the other suggestions here probably are a lot simpler than what I am about to write but for what I make and how I work this is what I use for applying objects to rings.

I like to work on the flat. Then I extract some iso curves from the object I want to apply to and create an untrimmed four sided surface from those curves. From the surface I use _CreateUVCrv to give me the planar outline of that surface. 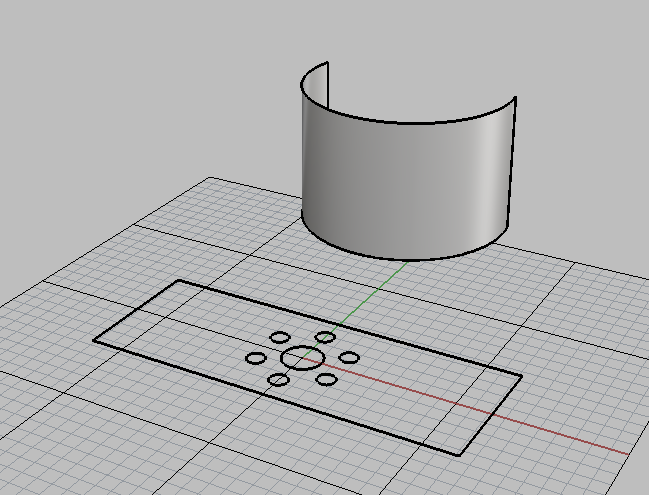 Using the curves from _CreateUVCrv I then run PlanarSrf. (Ooops still editing but pressed post)… Then I use _FlowAlongSrf with history on and tweak away.

Works for me but you might find one of the other ways easier. 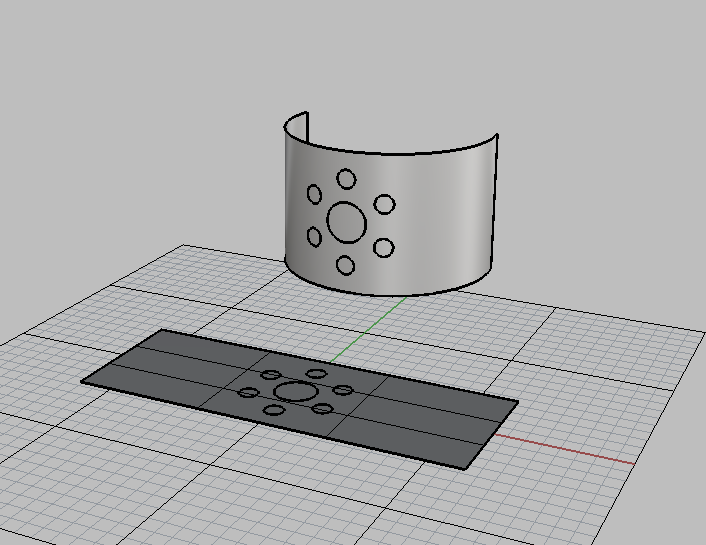 In the case of this cyclinder I used I would have actually just put the seam to the back skipped extracting the Iso curves and then ran the rest of the process as above. 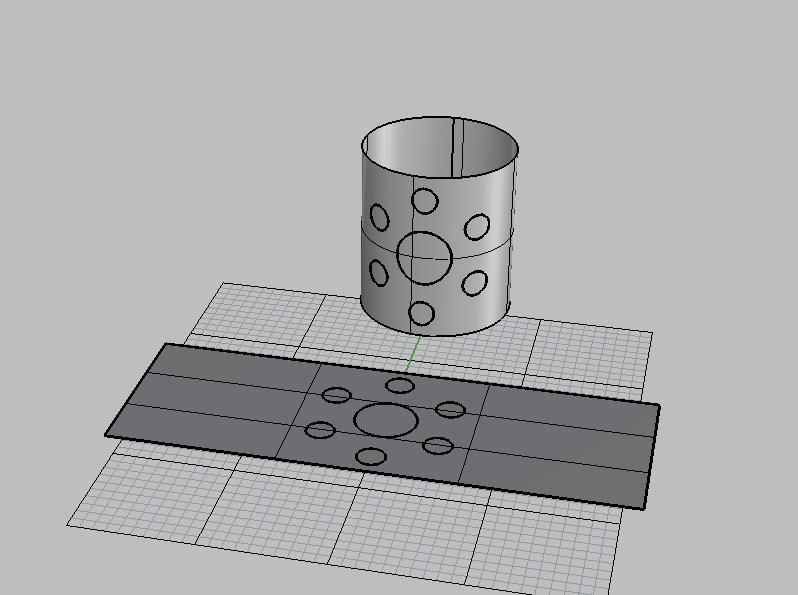 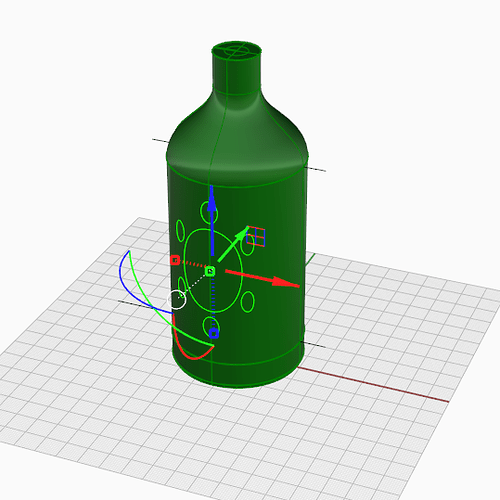 I split the body as such so that the surface is extremely simple and yet it still distorts.
I can see how the above example works but it is such a long run around. Can Rhino not do something this basic without going to that extent?

Actually Rhino’s about the only product that can do this as simply as the above example, with the added bonus that it works to flow surfaces and solids too.

Pull or Project should be enough I think for this case. Which ever outcome you are lookng for.
For the project you need to fiddle with the Cplane or you can
rotate the object so the Surface is between the projected lines and
Cplane

It works for me if I draw a new cylinder in a new file as in the file above but in this file I have it in it does not work. It was made as a revolve so I don’t know if that changes anything or not.

Here’s how I’d do the Pull for minimum distortion- remember Pull works from the surface normal so making the curves concentric with the cylinder in Top will eliminate distortion.

I split the body as such so that the surface is extremely simple and yet it still distorts.

You need to use untrimmed surfaces for the extract UV curves. Splitting a surface creates a trimmed surface AFAIK and I would guess why you get that distortion using UV curves extracted from it…if that is what you did.

When I got to wanting to place an object on a domed surface the method I described was a life saver for me once I got my head around it.

The steps above take a couple of minutes at the most for me and with history on give me parametric editing. Everyone is different in what works for them. Will be interested to see what you end up using. Good luck.

If you can upload I think we can all help out using your file.
I think pascal’s way of bending the curves and pulling is efficient one, though
still not a one shot deal…

@pascal is there a way to bend the initial lines to a perfect radius all around?

I would (in the Top view, Project ON) move the curves so that the centre circle touches the cylinder (snap to Quadrant), and then Bend them with snapping the bend through Point to the cylinder. That way it may not be necessary to pull them and they will still trim.

Im a newby to Rhino but try offsetting a curve from the bottle. Use the curve from two views command for the circles to assume the curvature of the offset curve. This will ensure the circles are pulled normal to the bottle surface. May work