A shortcut for the “Lock Solver” function woud be nice.
When a wrong wiring is made with components conatining lots of items, crazy long volume calculations, or bad choices in goal strengths with Kangaroo, the only solution is often to kill the whole Rhino task.
I can sometimes click the middle-mouse button and press the “Lock solver” icon, but I really need to press the mouse at the exact femtosecond to get that to work.

In general, it would be nice if it was easier to stop processes at once.

Publishing the Boolean Toggle that runs/stops a Solver to the Remote Control Panel, is a good approach to this I find. I keep my RCP docked to same Rhino windows as the Layers, Properties etc. panels.

Is it more responsive than the toggle inside the definition ?
In multiple occasions, I found that I could stop the wild horses better by hitting “Disable solver” button, but that could just be by pure chance.
In general, I find it maddening to lose control over the execution of a task to the point that you almost need to physically pull the plug to stop it.

In my experience it is more responsive (if the canvas is locked up). Also, it is a single click radio button, which I’d personally much prefer the on-canvas Boolean Toggle to be as well. Slightly off topic: If I recall correctly @MateuszZwierzycki once wrote a custom K2 solver that would run outside of the GH thread, meaning that it wouldn’t lock up the canvas on heavy solves. Perhaps something like this might be implemented as an alternative to the standard solver @DanielPiker?

I’m surprised you can stop in GH1 at all since solutions run on the UI thread so unless they specifically pump messages no keyboard or mouse events will be handled by Rhino and Grasshopper while stuff is being calculated. The Escape key is supposed to work around this by specifically asking Windows whether the escape key was pressed since the last time we asked, it circumvents the UI message pump entirely, but even so it doesn’t work well at all.

Luckily this will no be a problem for GH2 since solution will no longer block the UI thread, and the app will remain responsive while new solutions are computed. 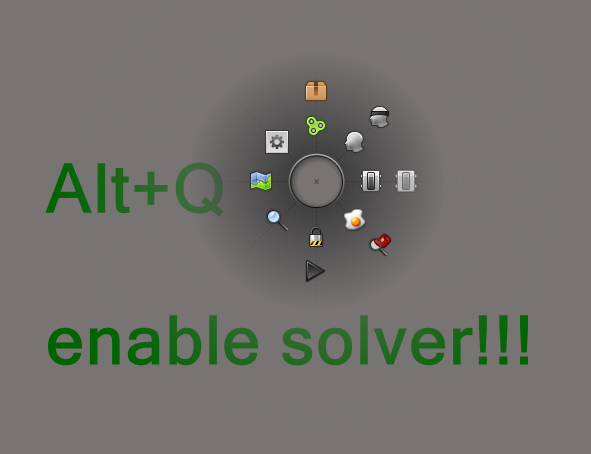 something like this would be sweet. i agree
hope some one is listening
(i read the thread… don’t worry)