this topic asks for a functionality similar to autodesk / alias “edit by curve”.
A complicated workarround would be possible, but lacks the support of flow command’s history for CVs.
My wish: Flow should support History, also if not the entire object is selected but also for sub-selections and CVs (of SubD and Nurbs !!)

Example: (same as in post above)
_dupEdge to get a basecurve (green)
draw a targetcurve (or _rebuild, move CVs…) (blue)
history on
_flow edges or CVs of the SubD based on the green, along the blue curve (preserve structure, stretch)

now it would be great, if i could modify the blue target curve - and the SubD’s CVs would follow. 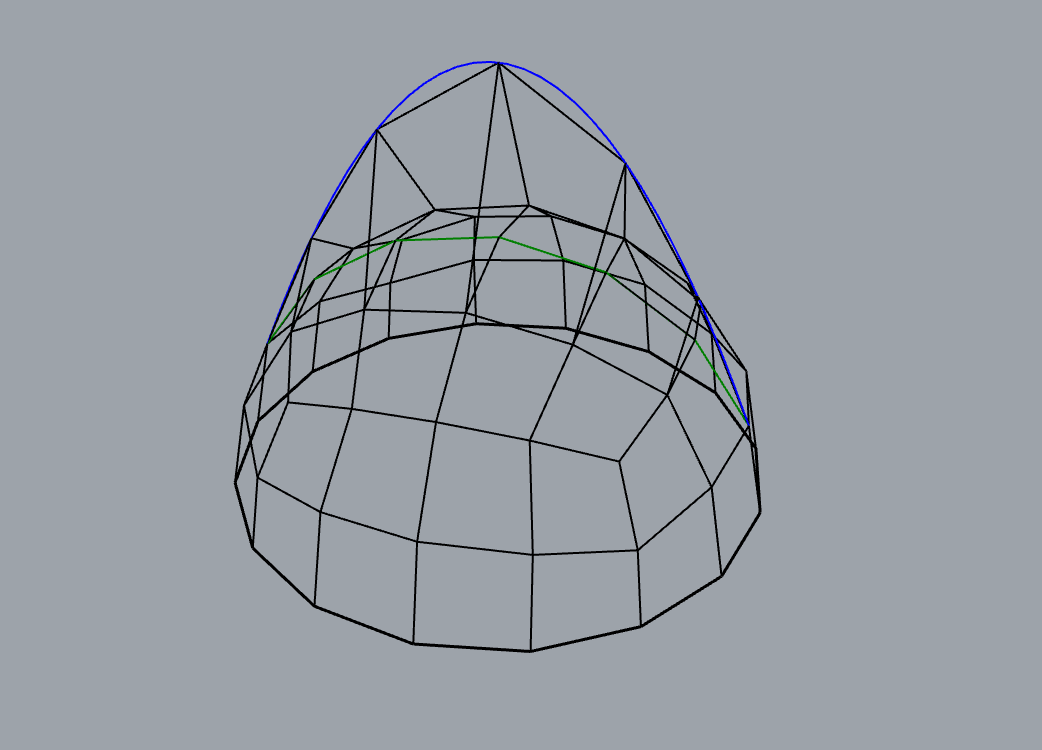 Above is only an example of some possible more advanced tools to edit CVs. (both nurbs and subd)
(I know there are workarounds for some of them…)
Some Ideas:

that would be a satisfactory solution.
It would even have a cool advantage over to alias “edit by curve”. i can save the target curve and adjust it again later. (or is that possible there anyway?)

Basically I would prefer the “edit by curve” tool in the same way in Rhino.
That would be great if this is included.

Maybe we can add to your (very good ) list the MoveUVN instead or in junction with the Slide.

The majority of these requests were asked multiple times since Rhino 3, Rhino 4 and Rhino 5. Still waiting for them to be implemented, in Rhino 9 maybe?

Looks like it’s too late for their inclusion in the upcoming Rhino 8.