I am having problems with the Shadow Quality in Viewport – Rendered or Artic mode
Pushing the limits of the settings, this is what I get…
Am I missing a setting here ?

Sorry if this one has been answered before, however search did not yield anything there.

@DavidEranen, you probably can explain if any of these settings affect skylight shadow or not

@jeang Those settings don’t affect skylight shadows. They only affect the sharp shadows produced by the Sun and other light sources.

Thanks, noted regarding the setting.
The question still remains (How to improve the quality of the shadow…). I understand from your message that this has been handed over to @andy
Thanks !

@jeang There is currently no way to improve the skylight shadow quality in the viewport. However, if you do ViewCaptureToFile/ViewCaptureToClipboard or use the Print command the quality of the shadows will be much improved in the output.

Any comments on this @andy?

For the Rendered Display Mode, I can deactivate the Skylight.
However, I am unable to deactivate it in the Artic mode. It is (by definition) activated by default, correct ? If so, would it not make sense to show it is activated it in the Render Pannel and grey it out (as its state cannot be changed) ?

So no. That would be like saying that it should be grayed out if you were in Wireframe.

Openly, really hope (and expect to be) missing a setting somewhere… 'cause it does not look good on my Laptop…

I will be hooking up the skylight shadow quality to the slider.

@jeang Are you using a high-dpi monitor, e.g. a 4k monitor or anything higher than FullHD (1080p)?

OK @jeang. Could you also tell me if scaling is set to “100% (Recommended)” like in the following screen shot? This is from the Windows 10 Display Settings. 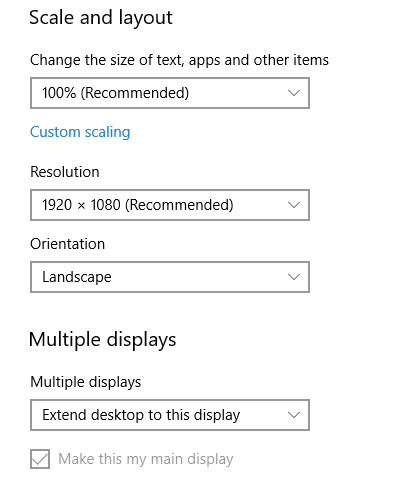 @david The recommend setting on my system is 125%. See image.

Now setting it to 100% and after a reboot, this is what I get in Artic Display Mode. It is somewhat better… Is it (close to) what you get on your system ?

Ok, it was what I suspected! You can change back to 125% scaling if you want. To get the same quality with scaling set to 125% run the command “TestToggleSkylightDowngrade”.

Because you had scaling set to something over 100% Rhino decided you probably have a high-dpi display. This solution is far from perfect, and if you have any suggestions on how to better deal with this I’m all ears.

Hi David,
I understand the intent of the command, however, I cannot seem to see differences when TestToggleSkylightDowngrade is active or not. Tried to restart PC and Rhino but somewhat no significant change.
Nonetheless, if this command activates in the backround, and influences the display for all Laptop users, which are many, it seems to me it should make its way to the Render Pannel… With an indication if active of not by default.
See, in my case, I am unable to know if by default it is “Active” and may be source of an issue…

That’s interesting. Do you not see the difference with the setting on/off when running at 125% scale?

I did try that over here and the effect was barely noticeable.

In order to make sure Rhino actually renders according to the Scaling set in the Display options you need to log out from Windows and then log back in. You also need to make sure the monitor with higher than 100% scaling is the primary monitor before logging out and back in.

Start Rhino and open a non-trivial model in Arctic mode. Now do TestToggleSkylightDowngrade. See any difference?

Here are two screen shots of before and after on my computer: 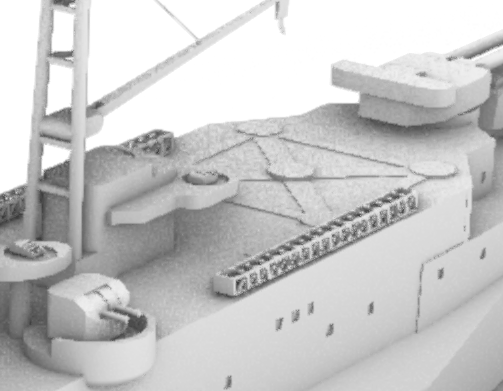 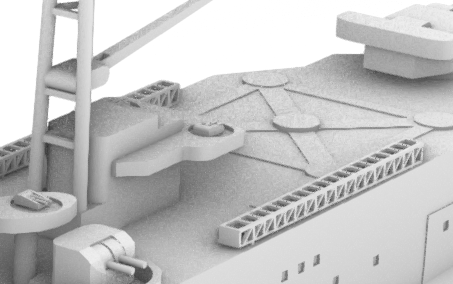 Can you send me the model (if it is non propriatary) ?
We will then compare apples to apples (or ship to ship ;)) so to speak.

It can be found here: https://free3d.com/3d-model/heavy-cruiser-suzuya-43441.html