I have 4 points that I manipulate by other means, draw a polyline between them, then want to pipe it with a differing radius, changing at each corner. It does create some tubes, but they are not continuous around the corners. I am really at a loss for how to do this. Normal pipe doesn’t work either. I have tried two methods of creating the polyline, and neither works. Is this even possible? If I bake the curve out to rhino, it says it is a “closed curve” but it still doesn’t pipe. I can draw a closed polyline in rhino and then pipe it in rhino, and it works, so it’s not my rhino. Any help would be appreciated, or at least just to know that it is not possible. Thanks!

I’m so sorry, I forgot to use the GH native reparamaterize. I have no idea how to remove the HAL dependency, I guess in the future I’ll have to temporarily uninstall it to send help files.

I halfway solved it: the corners work if you fillet it, and then divide the corners into two spots for radius but the piping just refuses to close. It seems so stupid why those last segments won’t close. I’ve tried shifting everything I can think of, to no avail.

The overall idea is I need pipes that sit (relatively) close together, but with the ability to control pipe radii at each corner based off some pattern dividing the overall height of the input. Maybe there’s a better way but this seems like it’s so close.

Really appreciate any help or suggestions! 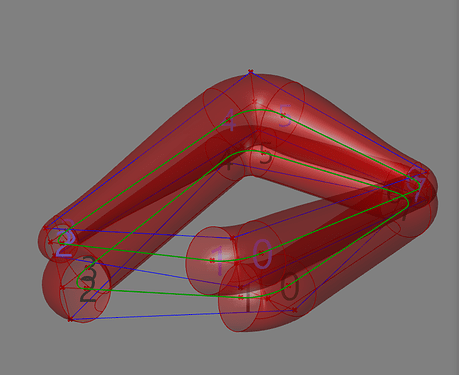 These are also workarounds and sometimes unsuccessful…

Thank you so much! With your method of piping I was able to get it to work!
Here’s my file in case it helps anyone else