i just made a new object but wen i export it as (example 3ds) than everything is … what i am doing wrong ??
wisky example.3dm (1.0 MB) 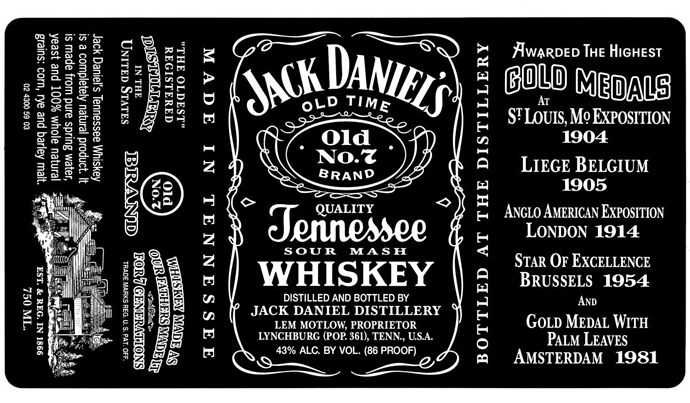 thanks in advance
greetings Peter

I’m not sure if you still need help with this but there were a few things going on that were going to cause an issue with the exported UVs. The first problem was that your texture settings within the material had a non-uniform repeat value and a rotation value of 180. These should be set as shown below instead. The mapping was also set to world coordinate system in the file you posted but your screenshot from Rhino doesn’t show that so I think it was just the wrong version of the file. The mapping should be set to mapping channel 1 also as shown since that is the unwrapped mapping created in Properties>Texture Mapping>Unwrap. All the adjustment of the unwrapped mesh should take place in the UVeditor also accessed from Properties>Texture Mapping. 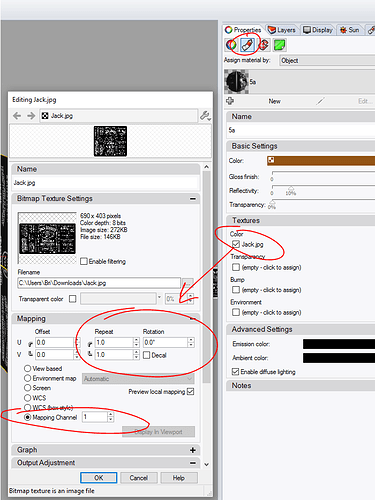 Pasted image700×933 72.9 KB
In the attached file you can open the UVeditor using the end Osnaps of the picture frame of the label to keep the aspect ratio even. I turned on the control points for the unwrapped mesh and adjusted them until the positions were as I needed. The spacing and size of the unwrapped polys in relation to one another is very important to prevent stretching.

blob.jpg1769×780 352 KB
The last part is to make sure to export enough polygons in the 3ds export to match or exceed the unwrapped UV render mesh. If you export too few you’ll get some odd clipping or stretching. These are the settings I used… 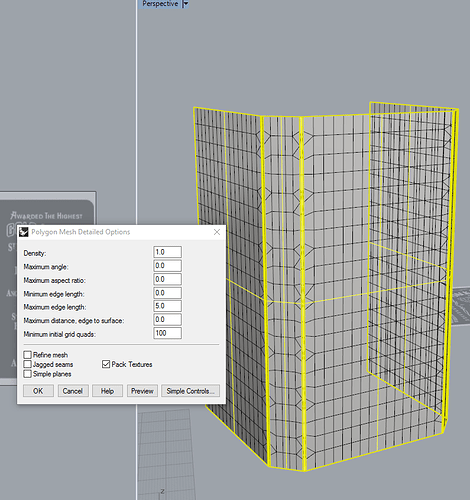 many thanks i will work it out but i did the job in a programm called uv mapper but be sure i will study your way to
because i will need it many time in the future!!
greetings Peter