I recently start trying Kiwi3d. First of all, thanks for sharing such a fantastic plugin!

But I’m having hard time setting up my model, especially the problem of multiple loads and multiple supports.When I set the load on the model, I can’t add two or more loads on an Analysismodel.And the Support has the same problem.Is this a rhino7.4 problem? Or my Kiwi!3D is something wrong?

I also have a question about the unit of stress output value after IGA analysis.I can’t clearly distinguish the units of output values.Attached are my model and GH file.

is the second support in the file already causing problems? If not, could you add some loads/supports that do not work? Otherwise, it works for me.

The only thing is that it is visualized in a very small scale. You can scale all objects with the visualizeroptions component connected to V input of the analysis model (S=100). Rhino 7.4 should not cause a problem. In order to speed up the visualization, you should think about changing the units of your structure to meter, as the visualization is designed for that. (I will add a parameter for this in the next release).

I also think that your units are not as intended. The radius of the structure is 850 and the thickness only 0.04. The unit converter is used such that the first two inputs describe the overall units of the analysis and the third one the actual unit of the value that you want to convert into your model units (not the model unit itself).

The output units for surface elements are: normal forces - e.g. kN/m and bending moments kNm/m. The units themselves depend on your chosen mdoel units. von Mises is e.g. kN/m²

Thank you anna,I’ll try what you say.

I’m sorry.I still can’t add multiple loads or supports.Take the picture below for example,Ignore all the other factors, just look at this place that’s adding load.I can’t put loads in both places at the same time.

So,could you please help me in some way to isolve this problem?
Thank you. Thank you very much. 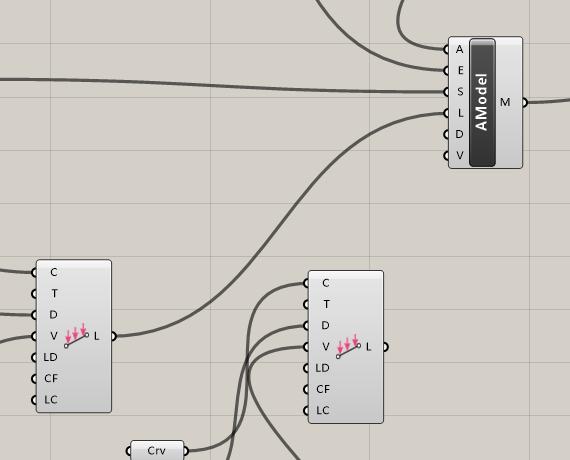 Maybe I am misunderstanding your question but is it possible that you are not pressing shift when connecting, the standard grasshopper feature? Otherwise, you can also use the merge component in order to plug in several loads

I added an axial force of 6830KN to one end of the model.

But,the obtained stress values(311Mpa) are too different from those obtained using finite element analysis(64Mpa).But I can’t find where I set it wrong. 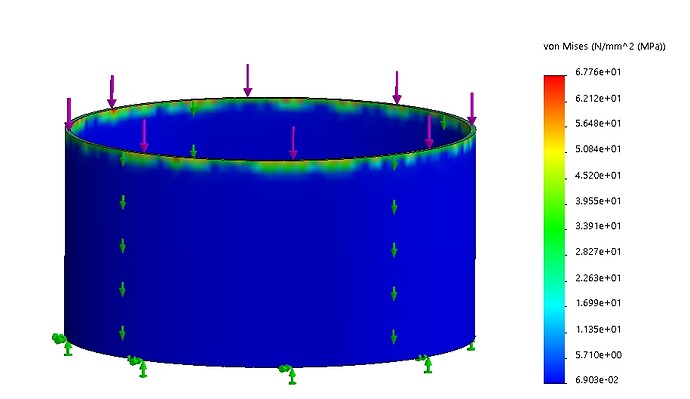 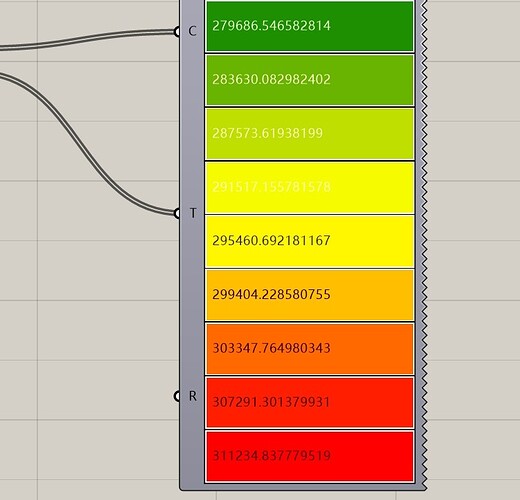 Hey, this is related to the shell thickness. I assume that the shell in your other simulation has t=0.01m whereas in Kiwi it is 22mm. The vertical stress is computed by the force divided by the thickness (N/t). This is the main part of the von Mises stresses in the example.

In other analyses, the thickness was also 22mm.The axial force of 6830KN is added on the end face of the solid in other analyses(The red part of the picture), but it can only be added on the sideline in Kiwi.（According to the units I set before, the final unit should be KN/㎡ ？） 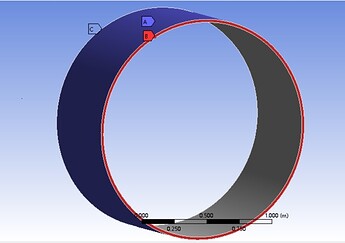 You should check out the used units. You are applying a surface load, e.g. kN/m², onto a solid in your reference simulation. In Kiwi, you have a surface model and hence, you are applying a line load with the units e.g. kN/m. So, you have to multiply it by 0,022m in order to consider the shell thickness. By that you get normal forces of ca. 150kN/m in the shell. The stress is then 150/0,022=6830kN/m² + some parts of the tangential direction and shear and should match your reference.

The axial load unit in ANSYS is KN/㎡, in Kiwi is KN/m, the value is converted and should be correct. The stress values at the joint between the cone shell and the column shell in KIWI (56.8Mpa) differ by as much as three times from the results in ANSYS(21.7Mpa). The same model size and thickness. What could possibly be the reason for this? Is this because of the way calculations are handled differently where the model is spliced?

Also, can the results of the analysis be exported (such as in Excel format)? Can stress values and each corresponding analysis node be output together for model structural optimization?Or if you can give some data analysis suggestions. 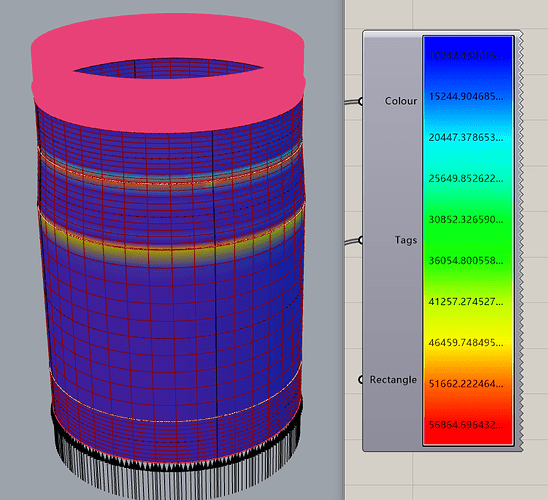 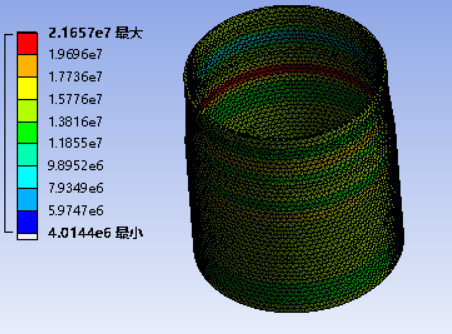 Hey, the stress at the kinks is related to the mesh. The shell is disturbed there and waves appear, which are dependent on the mesh size. Should be the same effect for classic FEM.
Yes, you can export the the stress values. Simply use the 2d element results component. Output V returns the value and P the location in space. There are several plugins that can write to an excel file.