I’m trying to trim a surface to remove a part of it (I’m modelling a window). I first select my cutting curves.

You’ll need to post your model, but I suspect your curves that appear to be tangent, actually overlap a small amount.
I would try isolating the curves and use the Intersect command to find the points where they intersect.
My guess is you’ll find more intersections than you expect.

Thanks for your reply. I just tried the interesect command and I only have two intersections in my area of interest which is what there should be. Here is my file containing the window. I’m using front view and the issue is in the bottom-left corner. Trimming Issue

Still haven’t been able to solve this issue. Driving me crazy! It’s peculiar that there is only a problem with one corner of the model

I have a feeling that your surface is still there after trimming, just that it has turned “invisible” because the trim is bad and Rhino is not able to mesh the surface in order to make it visible…

Let’s see. Yes, that is the case… Now as how to fix it - Rhino has a hard time with just tangent inside corners as you have, they have a tendency to overlap just a tiny bit and cause self-intersections, which then makes things go bad.

Now, as to the fix - well it will take a bit of work… First, your curves that are at the 3, 6, 9 and 12 o’clock positions do not overlap the main frame enough and cause problems - I moved them .001 units to make the overlaps a bit larger. Also Rhino says the curve on the lower right is self-intersecting even though it looks OK to me… So I selected that and ran CurveBoolean on that and delete the original which seemed to fix it.

Attached is the file with the fixed curves and the surface made from them.

Thanks so much for your help. I was able to basically get the look I was going for by making a line slightly offset from the actual intersection (I still don’t understand why this would work though). Of course this is imperfect. 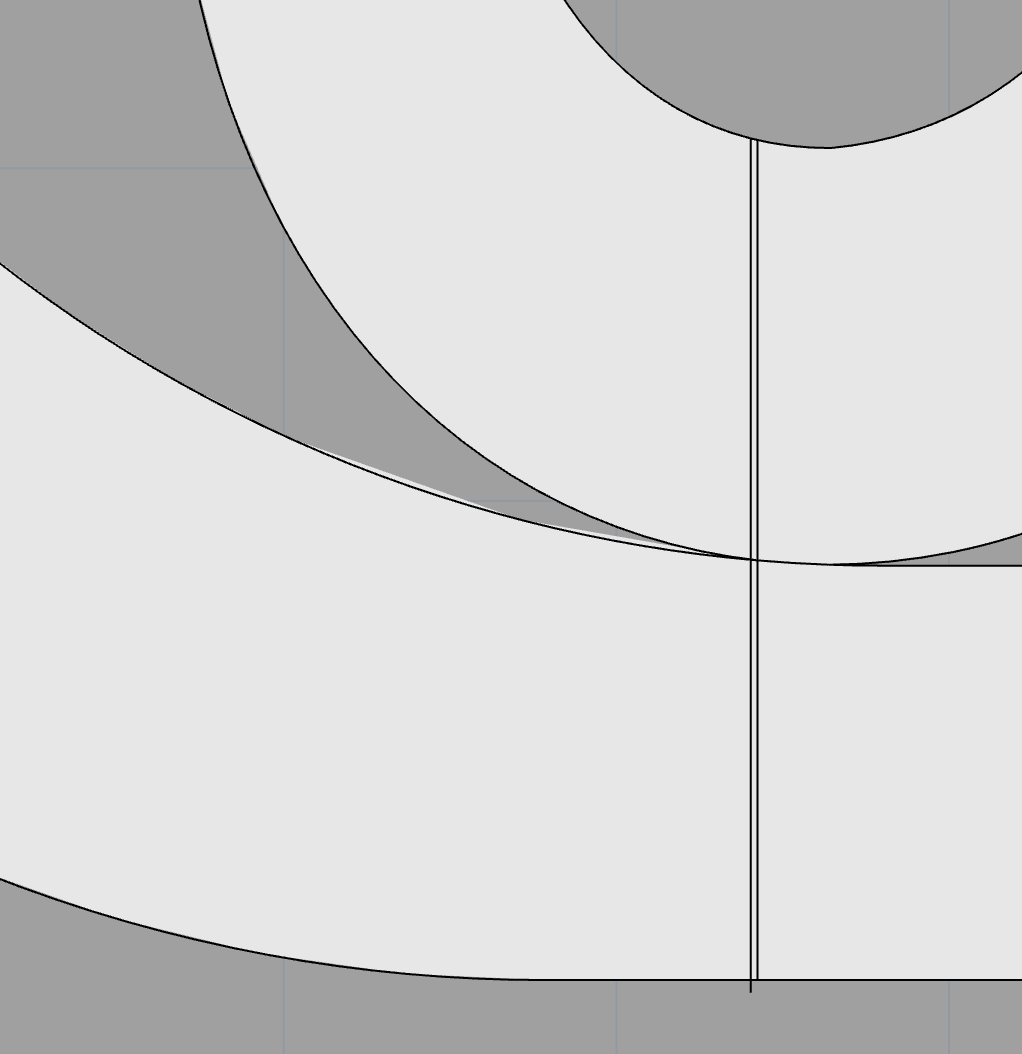 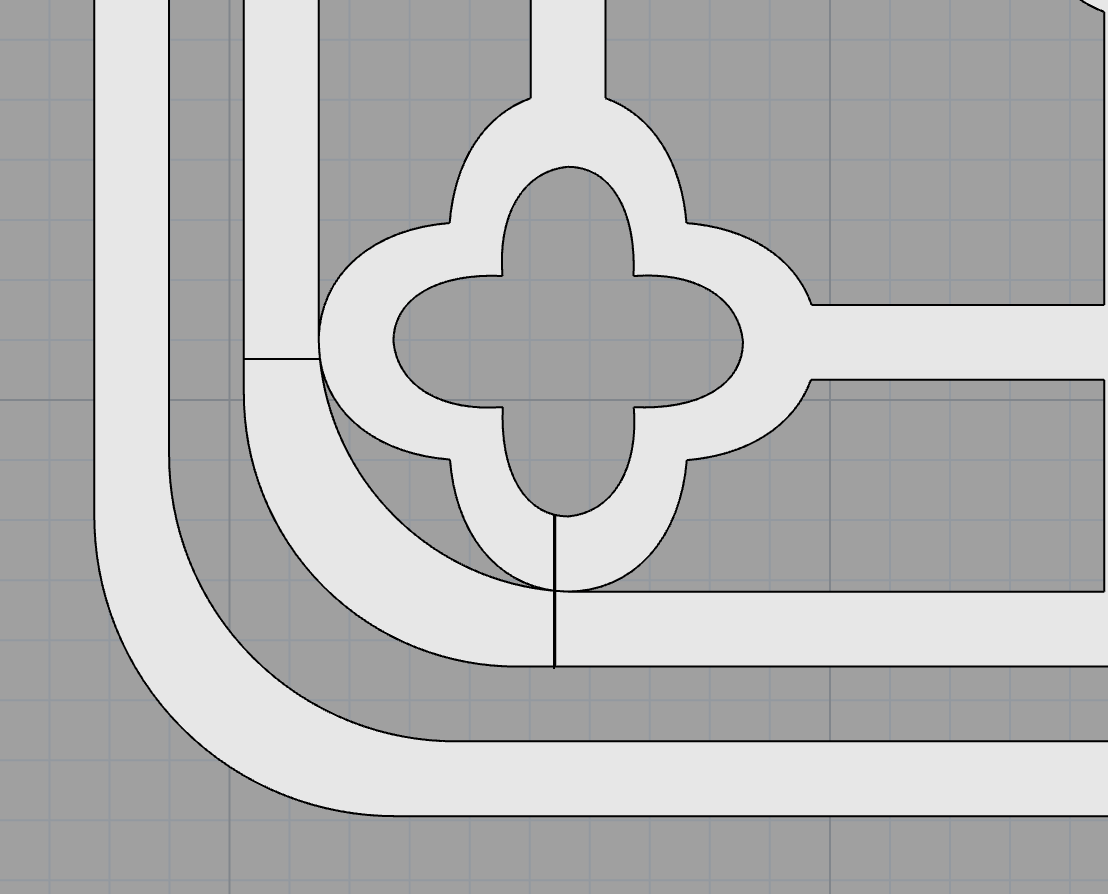 However, in the end I opted to go for a design with the pieces having a larger connection area which makes sense in supporting the structure in real life anyways (this looks more similar to Helvetosaur’s solution). I made the connection sizes the same as my other pieces in the design, so here’s my final product. 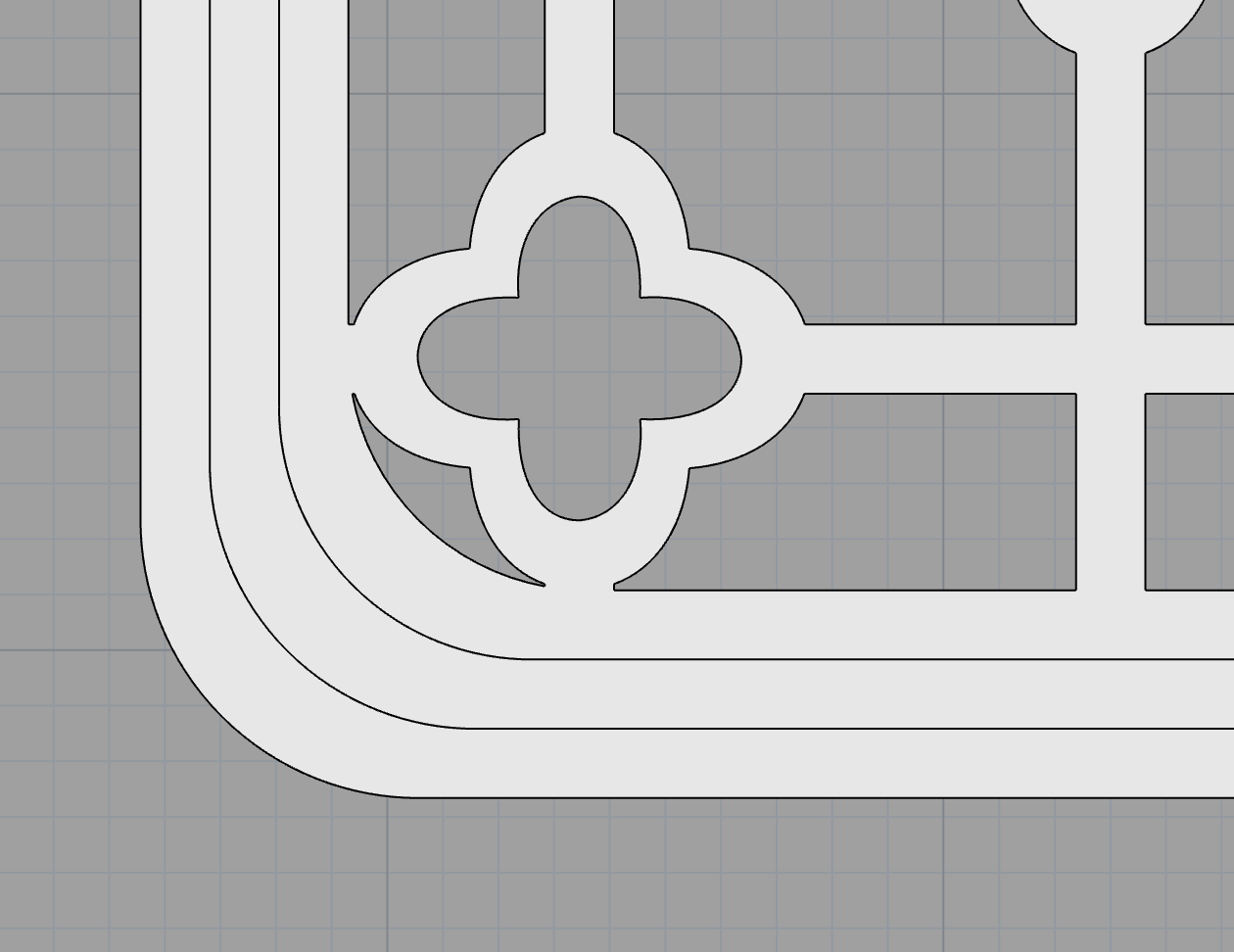 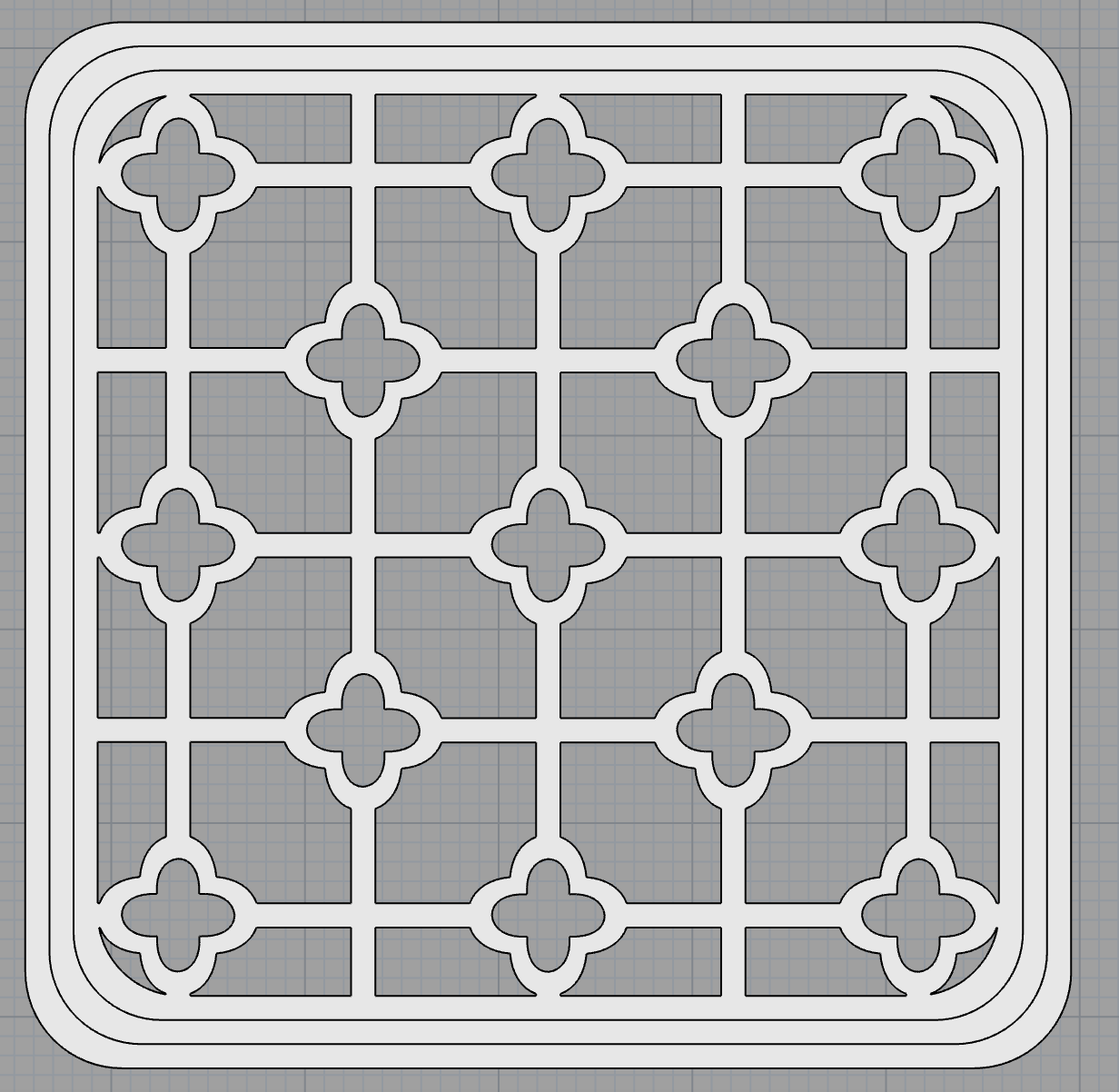