Tolerance when creating Mesh from Nurbs (Rhino vs. GH)

I am using Grasshopper to create some Nurbs text objects and want to export them for 3D printing.

Something strange I noticed though is that if I bake the nurbs object and try to export to say .stl that obviously Rhino needs to turn it into a mesh first and is giving me some options. If I leave at the default then it takes quite a long time (around 6 seconds) and the resulting mesh in many places is off by quite a lot (see images below).

If on the other hand I create a mesh in Grasshopper using the default Mesh Brep component with the Settings (Quality) (Smooth) then that process takes around 500ms, so half a second and the resulting Mesh is much more accurate and around 20 times smaller.

How come there is such a difference in time and quality?

Can the Rhino exporter somehow use the meshing algorithm Grasshopper is using instead of its own if it appears to be that much better?

What am I doing wrong?

Here is the comparison:

Detail on the original nurbs object:

Detail on the mesh created in Rhino:

Detail on the mesh created in Grasshopper:

In the attached .3dm I removed the mesh created by Rhino as it was increasing the file size by >25MB. Just select the Nurbs object and mesh with default settings. 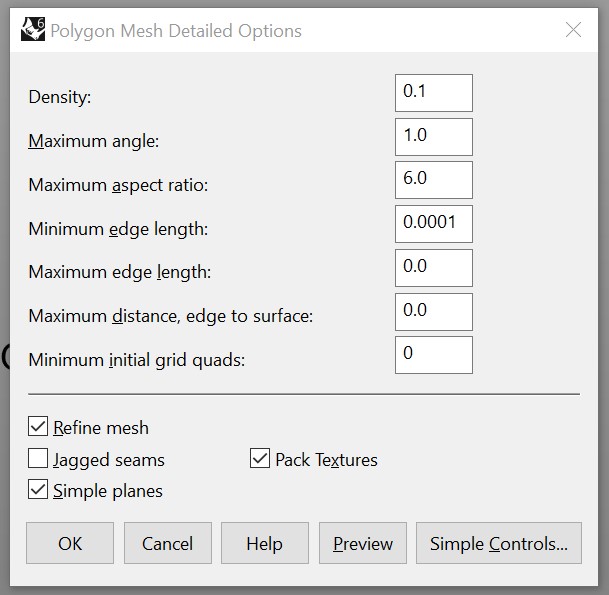 I don’t think they are the default mesh settings. You have a max angle at 1.0, which will produce gazillions of small triangles at the corners. You can see that, the statistics you posted in the file is a mesh with over a million polys. That’s why it takes some time.

You can get a much more reasonable mesh very quickly by trying something like this: 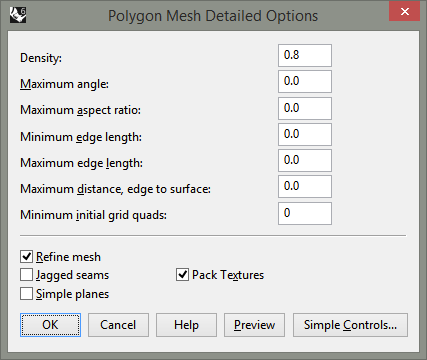 It actually makes a mesh with fewer polys than the “smooth” setting.

The mesh engine is the same for Rhino and GH - it’s just the settings and the number of polys that make a difference.

Default “jagged” settings are these: 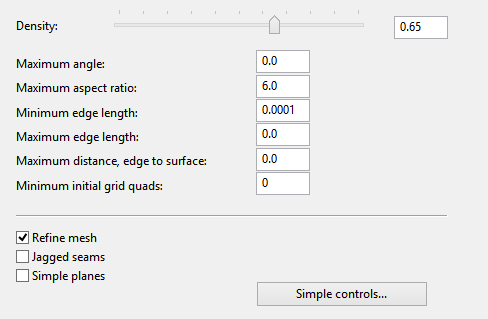 Default “Smooth” settings are these: 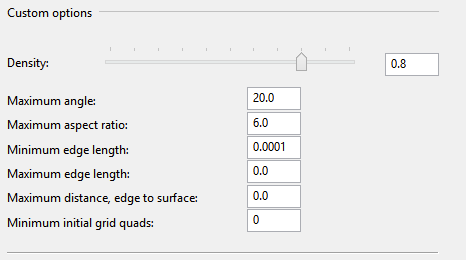 Thanks so much for clarifying. I wrongly assumed the settings I had were default. I wish there were the same “presets” as in GH in Rhino.

How did you find out the settings in GH, if you attach a panel you only see very basic settings and using the custom component you have different settings than in Rhino!?

They’re pretty much all there in the custom settings component in GH, just not necessarily in the same order or called the same thing… 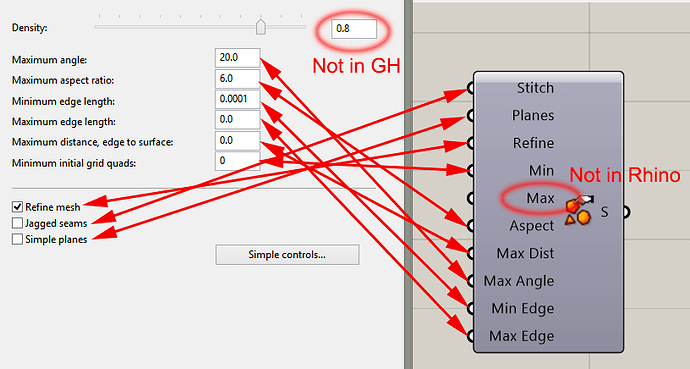 The Density slider in the Rhino mesh settings is some sort of adaptive internal algorithm that we don’t have access to - but it’s not necessary for the most part, it’s there to simplify the settings for the average user (i.e. just set the density and nothing else).

I wish there were the same “presets” as in GH in Rhino. 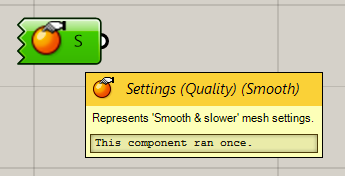