after an update of Rhino 7 is installed my Restore Title View script doesn’t work anymore. If I go to the directory and drag&drop it to Rhino than it works. What is wrong here that I need to load it manually? 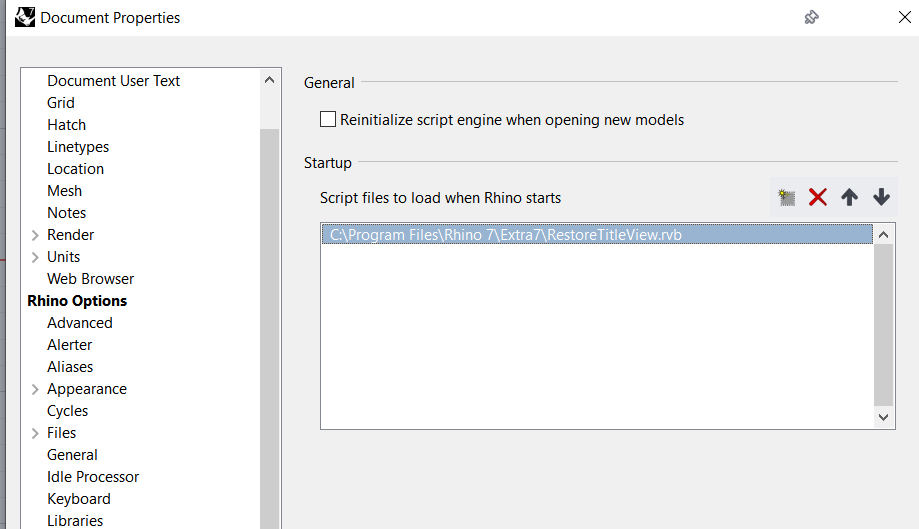 Hi Micha - how are you calling the script?

only like at the screenshot. Is it the wrong way?

Hi Micha - can you send me the script? Is it meant to just run at startup?

it’s the script from here:

Hi Pascal, thanks, and yes, I do feel quite abandoned on this one…(if you are talking about the compiler fix, not the command idea). It effectively discourages me from publishing any new scripted plugin tools. As for the topic command : If anyone is interested, here is a script that for now takes care of the original idea of RestoreTitleView. Save on your HD and drag-and-drop. Then RestoreTitleView alias will be added. Over here I have it set as Ctrl+Q shortcut as RestoreTitleView to quickly g…

I would like that the functionality of this script is available at Rhino always, also after an update. Should I use an other way?