Hi @dale, i´ve collected a few observations through the day, maybe some of them can be improved further in V6:

Wish: For all the UI dialogs, it would be helpful to display multiple lines as message text

@clement, I moved this to the Rhino WIP discussion.

Thanks for the movement. @dale I´d like to add one thing in regards to new user interface methods for RhinoScript:

It should display an editable table containing rows and collumns passed via arrays. Here is something which gets close but is way to much work to do via a Rhino.HtmlBox().

Rhino.EditBox does not display a scrollbar

I’ve fixed this for V6, as it’s pretty easy one.

The “multiple line message” isn’t so easy. But I’ll work on it, as well as the other issue’s you’ve pointed out.

Thanks for the fix.

Hi @dale, just found a small issue which could lead to errors using Rhino.ComboListBox. If the default item does not exist, the first item in the list is used. It would be more logical if it does not highlight any item in this case:

Hi @dale ,
found this old post so I decided to write here instead to open a new one (hope this won’t be a problem).
The scrollbar is very useful (I use Rhino.EditBox to display large cnc gcode) but I found that the text area won’t resize correctly when we make the window bigger…
Attached an image of what I see 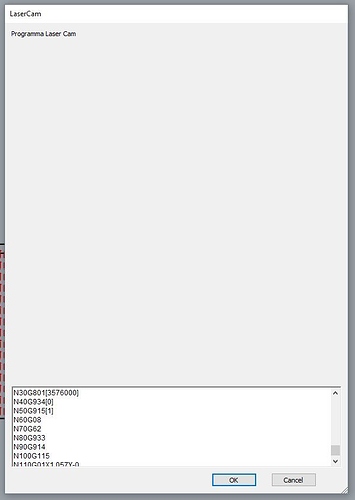 Bump…
excuse me if I put the post again to the top of the list, but I’m scared that this report passes without being added to the pile…
For my work is very important that Edit Box works correctly…
Cheers

I’ve reported this as a bug.