I found something I’ve never seen before in Rhino 6 this morning. I tried to union 2 objects together and got a “Boolean union failed” message in the command line. No big deal, right? But on closer inspection, the failed boolean command also generated these two point objects.

Is this new in Rhino 6? When do they appear/not appear on a failed boolean? Is the location of the point objects significant?

I cannot see your image but I assume you’re talking about the exclamation marks. I believe those were added to point out in which area there’s a problem with joining the objects together.

Sorry about the attachment. Yes, they are the exclamation marks. Do they only show up on certain types of boolean failures? Are they fairly consistent? I’ve not seen them before. 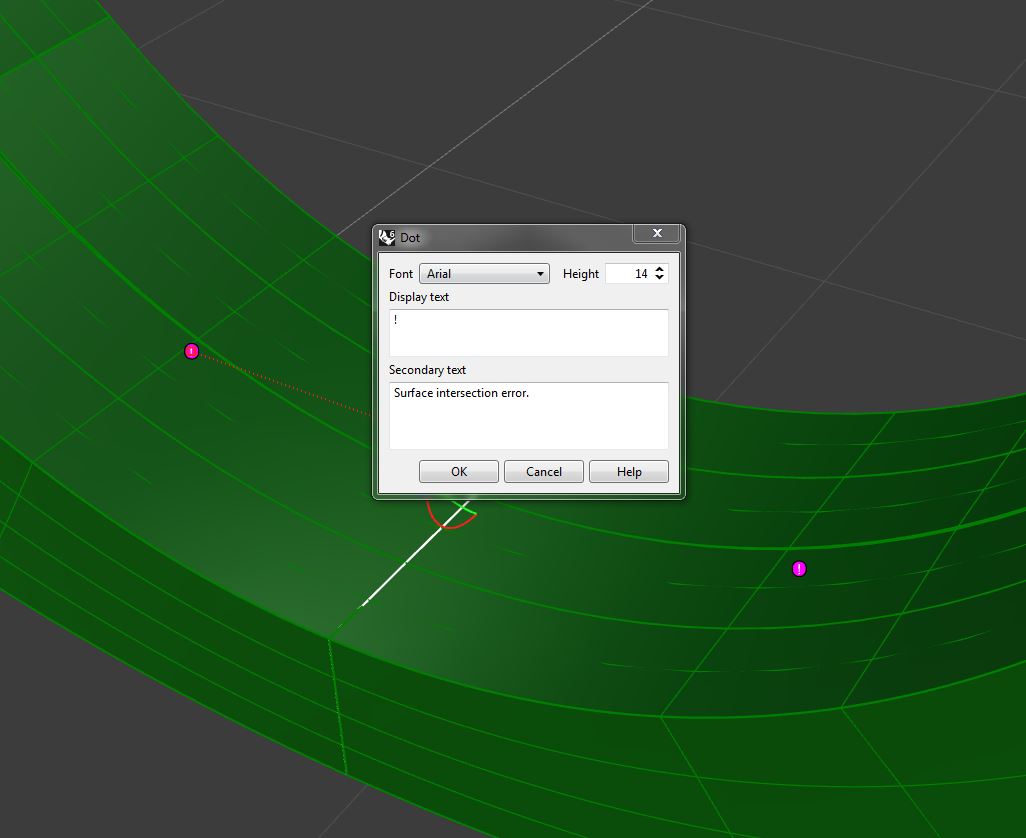 I don’t know enough about them to answer those questions, sorry. I think they just give an indication on where to look for the issue instead of just getting a “Boolean union failed” without any further information.

Hello - most likely in this case, judging from the image, the intersection of the objects is not complete - the edges may be coincident or nearly, for example. It may be that simply rempving (ExtractSrf) the vertical surfaces that are coincident between the two objects, leaving naked edges, then Join will do the job, but its hard to say from a picture.

Troubleshooting the model isn’t a problem. I’ve got it fixed already. I’m just really curious about these little exclamation points! I teach Rhino, and if these are reliable, then it’s a great way to point out where booleans go wrong. If they are inconsistent, then it’s nice but doesn’t replace any troubleshooting techniques.

I believe they are new in V6. Is this right @pascal?

Yes. This is new for V6 in an attempt to direct the user’s attention to where the Boolean commands run into issues. We use the text Dot and try to describe the issue.