When using smash on Rhino 4, the result is unfolded while maintaining the same isocurve properties as the target.
However, for the Rhino 5, 6, 7 the isocurve of the result is deformed. Can’t we make it unfold to keep it like the Rhino 4?

I’ve tried using squish and it’s not what I want.
I want the result to come out like a screenshot.
Attached image is the result when smash is used. 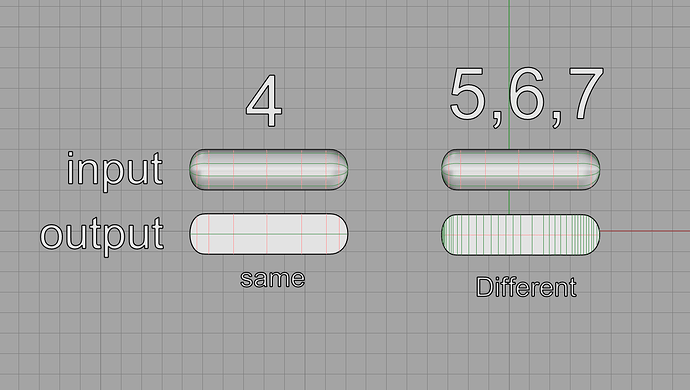 maybe you can use Scale1D to 0 to keep the same structure but in some cases it will lead to some stacked rows of points near the edges.

For now, I’m just showing this shape, and in version 4, various curved surfaces are unfolded while maintaining the isocurve property like this. 5,6,7 are not the same. The concept is different from scale1d.