Ok, I assume that Linux version of Rhino is at the very least VERY unlikely. But as I’m getting increasingly fed up with Windows has anyone got successes running Rhino via Wine for example ?

I’m not aware of anyone successfully running Windows under Wine. It would not be a supported platform, much like Windows virtualization under OS X, so you would be on your own.

Well , as soon as I get some free time I’ll give it a shot - I fondly remember a video of Rhino 4 running under Wine (but can’t remember whether it was all candy dandy) so I hope it would be doable with Rhino 5 . Fingers crossed - Windows started to annoy me as hell (terrible net manager, options scattered over tons of submenus and windows, stupid “wizards” and poor uninstallers leaving tons of junk in registry which makes Windows unstable over time - arghhhh… a real pain for someone who moves a lot with his laptop and whose part of the job includes looking for better workflows and testing new software… whooopsss… sorry , had to vent

I wish there was Rhino for Linux, too.

Maybe there is a chance… Microsoft has open-sourced .NET

Sorry, this announcement doesn’t change much with respect to Rhino on Linux.

Any chance I can run Rhino on my iPhone? That would allow me to do 3D modelling when I am standing in line at the post office or grocery store.

Seriously, I am just kidding.

Just curious of how many Linux users are here. Count me in too.

Linux Mint 17.3 with PlayOnLinux front-end for Wine and DotNet installed.
RH3 RH4 and RH5 all install.
RH5 is the only one that will run - and it crashes Wine often.

Encouraging, but not useful for daily work quite yet.

I am looking forward to trying RH2 and RH6 - whenever I get those versions available to me.

Still wish I could run Rhino on Linux.

me too .
@denbutler : you’re already way ahead of what I achieved - I couldn’t get past install. Plz, pass the info if you figure it out. In the beggining of 2016 I installed Windows 10 on my laptop and immediately realized 2 things: first , damn, I missed Rhino. Secondly - damn , I miss my linux machine (super user friendly gui of choice and in a little bit over a year I haven’t had a single system crash on it, while I get usually 1-2 bluescreens on W10 when doing some intensive tasks).

Another Linux user here - either Ubuntu or Mint, lately. Rhino is one of the only programs that’s keeping me from doing a full switch off of Windows. I would absolutely LOVE a Linux version of Rhino (and after that, Solidworks…) - though I’m not holding my breath.

Here is the rundown on RH5:

Mint 17.3 with the absolute latest versions of Wine and PlayOnLinux.
Set up your PlayOnLinux virtual drive at 32 bit and install DotNet everything. Especially versions 4 and 4.5

Then install calling for the msi file on the CD - yep! Must have the media in order to get it to install.
The exe installer just stares back at you in contempt.

My belief is that the license managers have assured that Wine installations will not run properly - or even start in most cases.
I have found that even if it installs and starts, many things cause crashes.
Even just hitting the save ‘floppy’ icon will crash it. However, if you 'file…save" it works.

+1
Rhino is the only reason I still have a windows machine. All my other daily work is being done on linux.
Rhino for linux would be an amazing gift!

I tried today too Rhino 5 on Linux Mint, using a trial version of CrossOver (essentially the commercial version of PlayOnLinux / Wine). CrossOver 15 apparently has already support for installing Rhino 5, as that went without any problem. I did only a very short modelling session with just a box, but no crashes during that. Some parts of the UI seem to be missing, most notably in the material editor (i.e. with Basic Material), so we probably could look into why those are missing. Other than that it Seems To Be Working (YMMV).

I actually tried Rhino WIP (Rhino 6 wanna-be) from my own build, but that wasn’t completely successful. I have to figure out why one library that is definitely installed isn’t found.

How about Rhino on my Xbox or iPhone? PLEASE DO IT!

Wait, stop the coding! I just changed my mind. 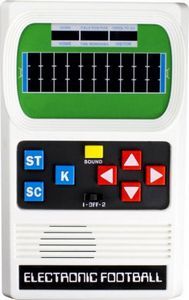 Hello to all, I am not on Linux by obligation proffesionelle but I join to ask for a verssion rhino for Linux

I use Mint 17. Better results on more capable hardware. Tried Mint 18, and seems to work - just not as well.