This is probably a Python.NET issue as that is the library being used in this case for interop between CPython and .NET. I’ve found the library to be pretty finicky for some cases and this may be one of them. @eirannejad has been playing with Python.NET lately and may have a better idea of what to try.

Any news on the subject ? Is there a way to contact support for a faster discussion ?
My company is thinking of using rhino inside for a new project and we need to certify that everything we want is possible with this tool first.

Thanks for your answers.

Any news on the subject ? Is there a way to contact support for a faster discussion ?

I’m looking into this now and will let you know if I can figure anything out.

[edit] based on a quick search of stack overflow, I found this topic

You may have to create a “dummy” variable to pass in for the last out parameter. Something like

It did the trick !
Now this method call goes through and at least it returns an error code but it’s my part to solve

Thanks a lot for the help

Hey there, I’m back for more questions ^^

See I’ve been trying to make my rhino/gh use headless to embed it within a python app, I’m in the process of transcripting my GH scenarios in python with rhino inside library but I found the process to be complicated since there is no direct equivalent in RhinoCommon to the grasshopper components that I use.

Thanks for your time

you can check out my post concering your first question:

I have no new information regarding py script components in a definition when used like this.

Right now it does not work for python components, so I am currently using Rhino.Compute.

I’ve been trying to get headless grasshopper to work from cpython using rhinoinside as well. I’ve had some success working through all of the examples I can find in jupyter notebook, but ran into the same roadblock you did, Martin. I’ve only been able to get vanilla components and the C# scripting component to work, and not the ghpython components or some of the common plugins similar to your experience. I was ambitiously hoping to be able to use it to batch process diva simulations of models among other things.

For the time being I’ll probably end up setting something directly within ironpython in a Rhino instance for now, but it would be great to continue with Rhinoinside+headless grasshopper once a way through that limitation was more clear.

I’m having problems trying to serialise data using Rhino.FIleIO with rhino inside python.

I have succesfully created some meshes and saved them in a 3dm file, all good there. Now I’d like to export the same meshes to an obj file.

Could someone enlighten me about this kind of error ? I tried giving admin rights to my python editor but it is not sufficient… Is this problem coming from export obj functions within rhinoinside ?

Also 3) Can you confirm that there is no way to get a 3D preview of the data directly from rhinoinside ?

Thanks for your help,

If you have a script I can run to repeat this, I can run it in a debugger to try and figure out what is happening

Thanks for your time, here is my code sample zipped with the virtual env used and the read 3dm file.
Here I only test opening a doc from the 3dm file and trying to export it in obj.
I don’t know why it fails and I don’t know how to get the doc from a 3dmfile python object instead of having to write it and opening it.test-export_obj.rar (8.1 MB)
Of course to be able to run it you need to change the paths at the top of the python file.

Why are you trying to run rhinoinside inside Rhino? It is intended to be used outside of Rhino.

On your command-line of your first screenshot run python, then execute the four lines you have in the second screenshot.

Nathan is correct. What is it that you are trying to do?

Thanks Nathan, my question is really stupid, I now know that Rhinocommon is called in python.

Has this idea been put out on the FreeCAD forum? @ffribeiro ?

Hi Steve, this development sounds thrilling. Are there any updates?

We are still trying to figure out some issues with Grasshopper running in a headless CPython environment.

Guides to developing, deploying, and contributing to Compute.

This new capability is very exciting!

As a suggestion, I have seen another program use a COM object/server to expose their API to Python and many other programming languages. Python is able to connect to a running instance of this program by finding an object with a specific type in the system Running Object Table (using python module comtypes), or by creating a new instance with a specific registered COM type which is then used to load the API and then start a headed instance of the program (also using comtypes).

Not sure if that makes sense, as this is not my area of expertise, but maybe it is a workable technique for Rhino/GH as well.

Rhino inside Python is looking very cool!
We’ve been trying to automate some Rhino workflows but have run into some issues, hopefully this is the right place to post these.

The first issue is that our python code seems to randomly quit the process sometimes.
Using the debugger gives this result right before stopping the process:

Other than this we do not have a real traceback for this error but it does happen quite often.

The second issue does have a traceback:

Any ideas to fix either (or both

Do you have any sample scripts that demonstrate these errors?

Update
I fixed it using the GetUserText method from RhinoScriptSyntax.
Which makes me wonder

, could this RhinoScript module just not be part of RhinoInside python package? It seems like a large collection of helper functions that would really benefit python developers.
…
Hi all

I am trying to collect user data from objects by importing a .3dm file in a headless doc, but with no luck thus far. There don’t seem to be any items in the archivable dictionaries

See sample code and file below.

In this post, it is recommended to use rhinoscriptsyntax. 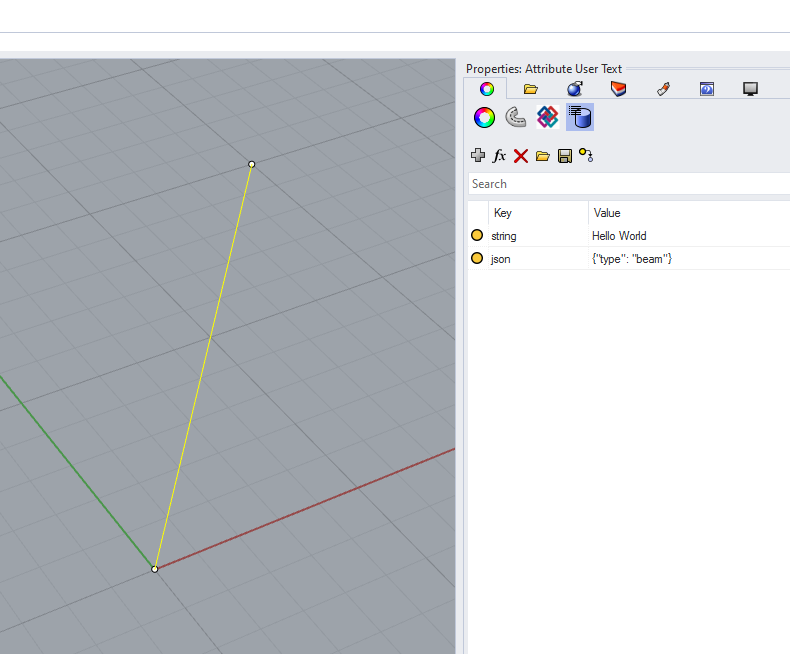