this is my test with the Radeon render engine:

Maybe Cycle and this render engine are good only for design?
I have set all the parameters to standard…

Presto on Thea is wonderful. No comparison for me and I was a huge Octane user for a long time.

Could you share this file to be tested with other engines?

I wait the thea 2.1 a bug fix for rhino 6, thay said to wait mcneel reply!

I wait the thea 2.1 a bug fix for rhino 6, thay said to wait mcneel reply!

Would you mind telling what’s that bug?

Are people still posting about renderers which aren’t free–in a thread where someone specifically asked for a free option? How many posts on this thread are off-topic?

Oddly, I’ve been having good rendering results with Cycles, Rhino 6’s included real-time raytracer. I’ve been so impressed that I am in the process of rerendering every interesting thing I’ve done with Cycles.

A real-time change-and-view renderer, it can be disobedient, in that it just doesn’t give you a chance to make your next move, but as a renderer, the rendering results are good, and they are perhaps as good as McNeel would dare include with Rhino–if they want a 3rd party rendering ecosystem. It’s also a bonus that the final product looks like a better version of the preview.

I am no expert in Cycles, but it a “path-tracer” in that it renders from they camera in instead of from the lights down, which means that it’s likely not going to make your diamonds sparkle in fire (dispersion)–unless you do some real multi-color IOR chicanery. It’s also hard to get renders over 4k on medium sized projects.

Still, Cycles works pretty good as a renderer. It was a good inclusion in Rhino.

Since I posted, this, I fixed my brick texturing issue on the right, but I posted a Cycles diner render here:

I did this for a book cover. Because I hope to put photographed people in this scene, this may not be the final render, but everything is there that shows. [Domer%20200%204k%2015ks%20Copyrighted] Because it’s so render unfriendly, I sent it to McNeel for examination. This was rendered at 4k, with Cycles, using 15,000 samples, and 32 bounces. Some of the materials such as the asphalt and the bricks have 4096 sized textures. Others like the yellow barrier are smaller, given their distance from …

Because it’s a light building filled with glass and chrome, surrounded by darkness, it’s not an easy render for any raytracer/pathtracer.

Lastly, Rhino 3D is a great 3D program, with likely the best interface on a 3D program I’ve used. Though, one of Rhino’s hidden strengths and assets: is a forum, where people can come and ask for help–and people gladly help them in a friendly manner. I hope this doesn’t change.

[I visit other forums. The Orbiter (simulator) forum comes to mind, where people are just downright mean. Dr. Martin Schweiger gave a lot of his time and effort to create something and share it with people. I don’t know what happened, but some of the people on the forum are F’n A$Wholes from the word “go.”

The “helpful” people on the Arduino forum can just be cruel, and it was supposed to be a forum that kids might enter, but if you ever ask the wrong question, you will certainly feel their wrath. Try it. The Arduino forum has so much poison that I don’t think I have ever asked for help for anything. I have dropped a program or two, and made one suggestion, and then I am gone. ]

Anyway, please keep it nice, and remember, that you were new, once, too : )

@virginia if you can please share the scene i will test it with Cycles for you.

Define free please. OP asked for Vray replacement. Now she already spent couple of days on these ‘free’ options. How much time did you spent on cycles to get something decent? And then the final rendering you posted took 15 hours on just 4K, which to be honest looks more like a computer game output then a realistic rendering to me. Call that free…
Now you need to upgrade your pc to get your ‘free’ render engine to output something decent in reasonable time.
If you define free as in no additional pre investment on top of Rhino, then that’s all the part that’s free. Other than that you have to find a balance between computer power, initial investments and time to learn.

first of all, thank you Brenda, you hit the point. With free, I meant free.

I understand all the discussions about “time-spent” and quality obtained, but they are not all the parameters.
When you are starting a business sometimes you have a lot of time and less money. Perhaps learning something it could be the right investment.
For example, the Italian community suggested me to use Unreal Engine. It seems powerful, it could be the right choice.

For others, the convenience could be for sure pay a software, a render-professional, a team or whatever. Of course it could be.

Gijs, I define free, as no additional cost.

The diner scene is not trivial, and for my final render, I wanted to explore cycles limits. There are 32 reflections on everything. I’ve used Quake2 RTX, and it can’t do 32 bounces. If you want to attack my ego, get to the back of the line.

Most of my desktop computer is some 7 years old. Yes I need to upgrade it. It’s a Sandybridge 2600k–need I state more? When I built it, I saved a few dollars on memory that doesn’t run as fast as it could either.

[Still, it’s lasted for some 7 years, very often running overnight and during Silicon Valley afternoons, not only doing Rhino, but also outputting 1 and 2 hour long videos from Premier, and even doing a bit of science.]

In the past, I had asked McNeel for changes in how textures are represented, 3rd party renderers could be utilized or switched out on a whim.

Gijs, if you don’t have stock in a rendering company, you are quite the fan, displaying quite a interest, and a bit of animosity, perhaps : )

Cycles in Rhino is making good progress, but I dunno if I’d be comfortable using it for paid/time sensitive work yet. If staying inside of Rhino isn’t 100% necessary, using Cycles in Blender with the Rhino importer may be a good (and free) option. 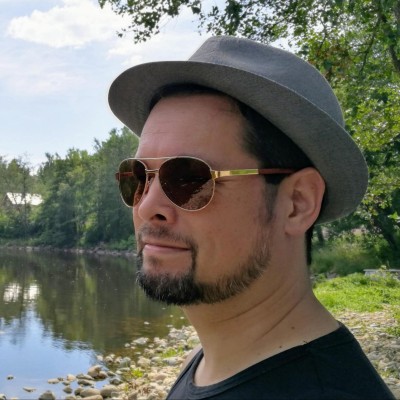 Thanks for the scene i already ocurred few issues with Cycles so unfortunatelly i need to admit that Cycles isnt production ready yet. However i will report Nathan my findings and issues. Meanwhile i can show you quick setup made with Thea (i know guys not free) however time is money so actually it is wise to put money on things which solves your problems.

What about exporting the Rhino scene and import it into the free Unreal engine 4? It uses the most modern real-time rendering shaders and is optimized to run on regular video cards with good framerate. Inside Unreal engine 4 you can also freely walk around the environment exactly as you do in video games.

AFAIK UE needs unwrapped models to work “as it should” while unwrapping isn’t the most pleasant task - especially in Rhino - it would require at least a move to Blender to deal with uvs and then move to UE.

cannot render the imported object with texture, such as skp, fbx…etc

yes! that’s what Italian community suggested me. It seems the only option available!
I hope it won’t be so impossible to learn.
Thank you!

can I say anyway it is so… strange/unusual that a free software like Blender have much more options than Rhino?

cannot render the imported object with texture, such as skp, fbx…etc

@l1407 That’s indeed interesting - sth changed since it was working.

can I say anyway it is so… strange/unusual that a free software like Blender have much more options than Rhino?