was that one of those?

Actual 35mm slides for a presentation.

Yes, 35mm slides where ‘the thing’…Everyone shot them of their hand drawings before.

I remember having slides of renderings out of the first desktop rendering application, Stratvision 3D. And when a sheet of them were held up to the light, because they were so small, fooling some ‘Suits’ into thinking they where looking at prototypes. (“Who authorized these prototypes”…

Stratavision 3d was amazing stuff at the time - late '80s. Strata is still in biz. They had a blockbuster association with the game Myst, then morphed more towards illustration.

Sketch?
You are kidding, ain’t you?

I can’t even find screenshots of the first 3D programs I used. Euclid and Da Vinci on Acorn RiscOS. Did I imagine all of it?

Well, I started with VersaCad back in 84 after figuring out how to install DOS from 5" floppies. At least they weren’t 8"…

Moi 3D, AutoCAD, SolidThinking Evolve, SolidWorks, Alias,… there are quite a few, but none of them is as flexible, versatile, and easy to use as Rhino.

Most design studios worked with professional slide film shots on 6 x 9 (cm), which here in Europe were standard in the 80s and still for some time in the 90s - the great thing about mail and fax was that everything happened at a human pace; today everyone wants everything next day, or better yesterday ; )

When the our first Tektronix dye-sublimation colour printer arrived (£10k), everyone was excited… for a day… before the whiplash from instant process acceleration sat in : )

Not your imagination, I used Euclid for a few weeks. It got merged into CATIA under the Dassault portefolio but I think its geometry library is still available as OpenCascade.
The surface modeler to go with Euclid was Cisigraph’s Strim100. That was good…!

Done. It was spam anyway.

(Context for those disconnected to American pop culture…)

I remember Bryce! I took a computer graphics class in middle school where we learned Bryce and Poser. Had so much fun with both of them…between rounds of playing the snuck-in copies of Escape Velocity. I remember trying to do animations on our halfway-decent Apple machines (can’t remember the model, but they were pre-iMac). I got ambitious one day and tried to make a fly-through of a city (it was really just boxes with a “building” texture on them) but the render was projected to take several days! I asked the graphics teacher if I could run it over spring break - he let me, I came back the following Monday only to find that I had flown through one of my building boxes and the whole animation was useless.

Ah, those were the days.

The warning dialog when you enabled radiosity on strata went like “Are you sure? radiosity is know to bring the most powerful macs to their knees.” 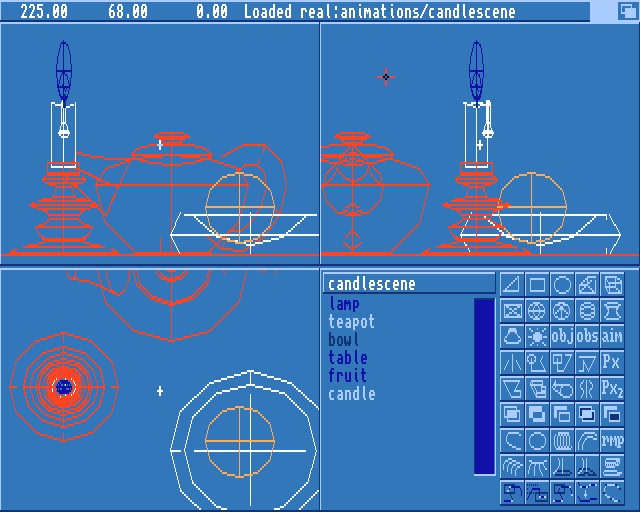 AutoCAD on a NEC APC with twin 8" floppy drives, a Numonics digitizer, and an Hewlett Packard pen plotter.