I got to run Intergraph’s IGDS on VAX systems, output on tape.

Man, I thought that was a silly joke from Family Guy, I couldn’t have imaged that this was true

Anyone remember when screenshots had to be developed in a photo lab, to be picked up 2-3 days later and then sent by mail, in an envelope, to clients? 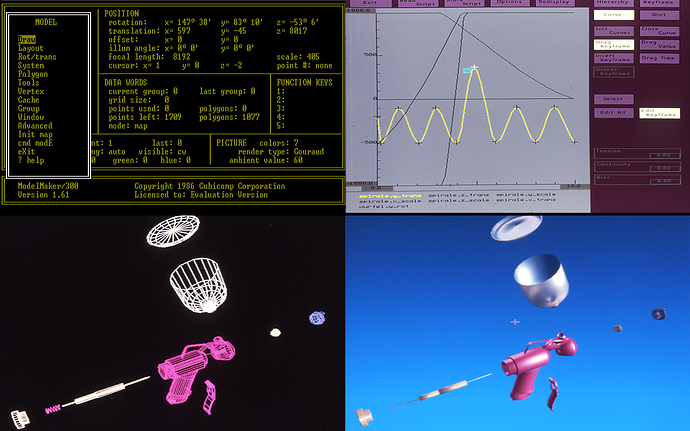 There was a TV documentary around 1986 about “the world’s technologically most advanced TV station”, Globo TV from Brazil, and seeing that thing was what got me into design and 3D. Fantastic that some remember this system!

I started ‘officially’ in 3D using Alias on a SGI workstation at ArtCenter in 1995. It wasn’t very early … but I do remember the computer + software cost $100,000. They had bike-lock cables to secure the equipment to the desks. That was an investment.

‘Nowadays’ my students can buy the far superior Rhino 6 (Educational version) for only $150. And, it runs on any practically any computer or laptop that will boot. That is amazing!

Oddly enough, only about 25% of my students get it for home use. I don’t understand it either.

Modelled my first shoe last on an Acorn Risc machine. Bezier patches. Could not CNC the lasts into reality, that came many years later.
I loved the on/off switch on the Acorn. Immediate effect. Like switching on/off a light bulb.

I started with a German 2D CAD called PC-Draft.
Unfortunately, it didn’t survive the jump to Windows.

It had a very good feature in dimensioning: 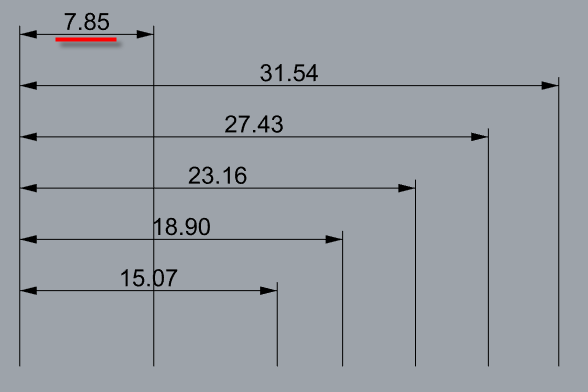 It was able to sort in the 7.85 at the right place.
Very handy.
Would be a good feature in Rhino as well, 28 years later…

I loved the on/off switch on the Acorn. Immediate effect. Like switching on/off a light bulb.

Yeah, benefits of having an OS on 4MB of ROM. I still can’t believe how much functionality they managed to squeeze into 4MB…

GEOS was including an arrow and was capable of loading additional software. At that point I know how to program on Spectrum. I was 13 when I learn “Basic” on a private school at Buenos Aires.
1986~87
Very soon at that point 87, I started modeling a 2D “A” letter using Commodore Basic code. Takes several minutes to draw lines of a full “A” in B/W) and a 3D trimaran CAD model using a very primitive CAD software (powerful and cheap for the time) just lines in 3D application. I do not remember the name if that cad; if was USA soft or a local ARG one.

My first CAD probably was Graphic Booster. My resolution was low because I was using the TV instead of the monitor. And I think it was the 87 and not the 88 release. I expand it putting a turbo cartridge and optic pen. 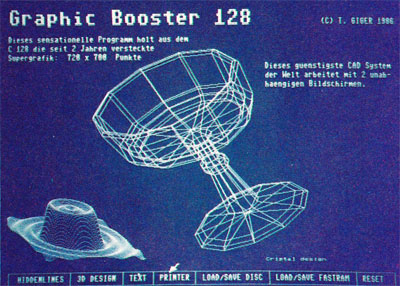 http://biosrhythm.com/?p=1169
Printing was impossible because of the noise.

In late 1988 I was 15 at Porto San Pablo Sardegna Italy (in front of Tavolara island). I make the trimaran and an auto stable sail using bottles and grocery bags. An Italo-American (from Marin) pass saw that and patent it. Later the patented sailboat was in Olbia.

Rendering
I think the same year, I remember making a rendering of a simple cube on the ground with floor reflections (raytracing) that takes 2 days. The house in Rome was small and we couldn’t sleep well because of the tv light. In the end, there was no way to save the render and I take a picture to the (tube) TV as a screenshot. Now I do not understand why was not possible to save it. I presume that at that point it was probably using all the 500kb ram of the Amiga 500.

I was young but I feel very old now…

I’ve been a Rhino user off and on for 20 years. How long ago was the “old days”?