Hello!
I would like to ask you.
What is the major logic of this pattern with 90 degrees?
I need to have curve that falls on itself without overlap.
It’s a grid with points_____and move on to the closest points …and loop tools???
Thank you for your help! 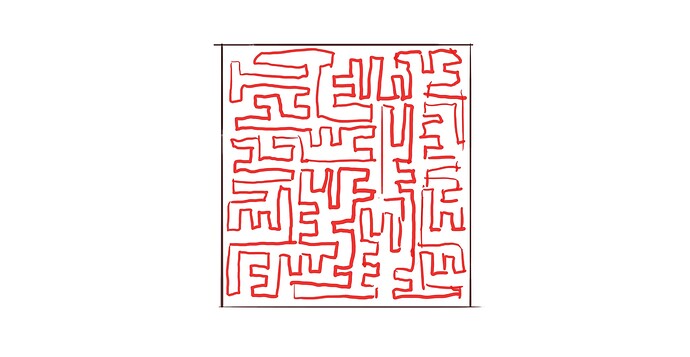 That’s some sort of “variation” of a Maze (Google that) problem. Not that difficult to address via code … but I have no idea what’s possible with components.

Another take could be a modified Hilbert curve (the classic algo is a bit monotonous).

Another take could be a Hamiltonian path on an ortho quad Graph (but that’s kinda killing a mosquito with a bazooka).

Finally … some 2d version of this:

Thanks for the help, Peter.
I will try to find the way without C# Python.

Parakeet has a maze tool

For instance attempting ro do a Hamiltonian Path without some advanced heuristic backtracing (in order to deal with the “usual” N factorial Elapsed time) is kinda 3rd marriage: triumph of hope vs experience,

That said avoid any TSP (Traveling Salesman) algo: not the way to cut the mustard on that matter

Done with some Pythonic magic!

It use recursive backtracking to make a maze out of any mesh.
The A* algorithm can be implemented as a solver.

Hello
this question has already been asked. See this thread. For your problem I’ll use an offset of the labyrinth path of wall.
So see that

Sorry, I forgot to mention I need it to be a single, closed curve… or do you mean to make a constant curve by offsetting the maze?