One should consider that Quad-Meshers are generally no tool to transform Nurbs or rule-less meshes to low resolution SubD cages – which then can get further edited with Subdivision Surfaces modelling methods.

The best quad remeshing implementations available today spit out lightweight meshes, which may get used to create the illusion of very complex geometry (via displacement-maps) in rendering. That’s basically it.

Even Zbrushes Quad-Meshes have lots of properties which are considered severe mesh-errors from a SubD-Modellers point of view: Spiral Loops, unnecessary poles (star points), less than ideal polygon flow. Non of this can get cleaned up within reasonable time.

Those who need editable cages still perform the remeshing by hand.

I may or may not get back to this in the future. I understand that this kind of functionality would be useful to many people so as long as people keep requesting it here then there is hope

QuadMesh needs some serious love to be of any use…

Until QM and Sub-D is usable, had good luck with AD Remake, especially for moving Rhino mesh data to Fusion T-splines (Even has a specific Fusion/Tsplines preset.)

Another option is Instant Meshes. Open source and cross platform. Did not result in as clean and refined of a T-spline as ReMake, but still worked and worked well.

@DavidEranen since Instant Meshes is open source, wondering if cool and viable to leverage any of it for QuadMesh?

I want to place my two cents in here on the desirability of outputting quads only meshes. I prefer Rhino for Nurbs modeling but I’m needing to now incorporate Blender into projects and it’s become apparent how much better a clean quad mesh is to work with rather than the messy triangulated edges i get on exporting. It’s also a bit tiresome to continue to tweek the controls trying to coax a better mesh.

Hi JKayten,
please be a bit careful how you quote. The way you ripped my statement out of its context twists what I actually say.

Rhino’s mesher isn’t able to create SubD compatible meshes – in fact no other CAD program has that feature. It’s a very complex task, as one needs to leave the “create individual meshes per surface and sew them together” approach which is typical for CAD. SubD-meshes have to be planned with the whole topology in mind. What may already be a challenge in manual modeling (or retopo) is even considerably harder to automate.

i would not generalize that, the onboard mesh can give you simple planed polygons. editing a few simple nurbsurfaces together one can quickly start using subd on it. if you have curved complex geometry which is generally not suitable for subd than this is of course a different story. or did i misunderstand something? maybe show an example on where rhinos mesher has problems?

Sorry hifred, I meant no harm. I noticed a bit that conincided with my thinking and quoted it rather carelessy. I gather that anything diverging from 90 degree angles will necessitate traingulation. I’ve an otherwise hard surface model without any curvature and shart edges. When I go to unnwrap the exported mesh in blender I have a difficult time of it.GWL_Scaled.3dm.zip (9.0 MB)

Richard,
the fact that Rhino doesn’t create SubD conform meshes actually is the underlying reason for starting the Quad Mesh project. It is true that one can create some simplistic cages with native mesh tools or through mesh-extraction from simple boxy Nurbs shapes and postprocessing .

But the triangles introduced by stitching Nurbs patches together (in any Nurbs modeller) make the resulting mesh unsuitable for further mesh modelling – so yes, pretty much any model has problems, so to say.
The attached mesh derived from Nurbs is quad dominant but it would be silly to try and make it all quads by merging triangles manually. One would be a lot faster to remodel the bottle from scratch – as a mesh.

This is a misconception. There is no such thing as curved complex geometry which generally isn’t suitable for SubD. Every man made piece of geometry can get built as a SubD cage. But it would be pretty difficult for a mesher to make a real good SubD mesh (say from the Nurbs model of that detergent bottle) automatically.

@JKayten You don’t need SubD-mesh topology to unwrap that model inside Blender. Blender has tools to recognize existing UV seams, to select by normals etc.

hi Hifred, sorry i think i really expressed myself too openly interpretable.

i am not sure about that, quad meshes are probably useful for many applications including engineering analysis. at least i did not see any reference that this was the reason for it to be developed.

probably, but thats not what i meant. since you talked about rhinos mesher implying that one used nurbs to create a subd raw model i wanted to point out that this is possible with rhino itself by sticking to certain rules which are anyway applicable for subd. the rhino mesher sure has limitations i did not doubt that.

After importing your object, enter edit mode, select all geometry, then use Limited Dissolve (press space, then type limited dissolve). It should give a much better mesh to work with.

Thanks very much Nathan! That’s remarkable!

I find there’s a couple diagonal edges and some vertices that end up along the sharp edges in the .fbx output. I tried a .dae version and the pieces come in very clean and simple but there’s a mess of breps showing up in the file tree - don’t understand that. Anyway - as this is a Rhino Forum, I don’t want to atagonize my fellow beasts.

And whether there is no similar expansion for Rhino 5 (32-bit)?

@Dmitriy No, it is not in RhinoCommon (yet). QuadMesh is still a work in progress and will not be available in v6, but you will always be able to access it in the WIP.

@DavidEranen Maybe it should be hidden like sub-d stuff i mean like in v5 test commands so it could be
(-TestQuadMesh) ? - if it will be hidden and as test it could be provided as it is - am i right? In my opinion thats better than nothing

Our goal is to have a V7 WIP available on the same day that we release V6. Early prototype features like this will continue to be available in the V7 WIP.

for me sounds GoODD!

Somebody has mentioned this:
http://igl.ethz.ch/projects/instant-meshes/

I’ve implemented some algorithms from CGAL and LibIGL in this grasshopper plugin: 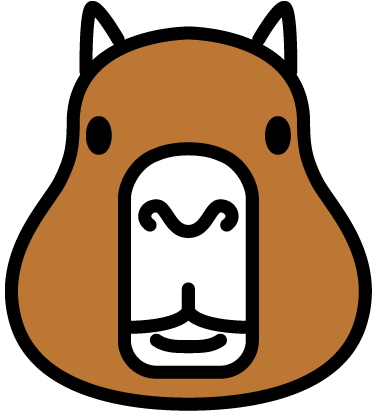 Among which there are conjugate fields generators. Which means you can get two intersecting families of curves which effectively define a quad mesh. The actual remesher is not implemented in LibIGL, but they are using a third library to integrate the field and get an actual mesh.
Besides, from these two family of curves you can rebuild a quad mesh using other plugins (e.g. WeaverBird, Dodo)