I’ve found this today about the new feature in 3DSMAx called ReForm, similar to QuadRemesher, but with some really nice controls for higher details and for solving hard edges and softening them (at the end of the video) 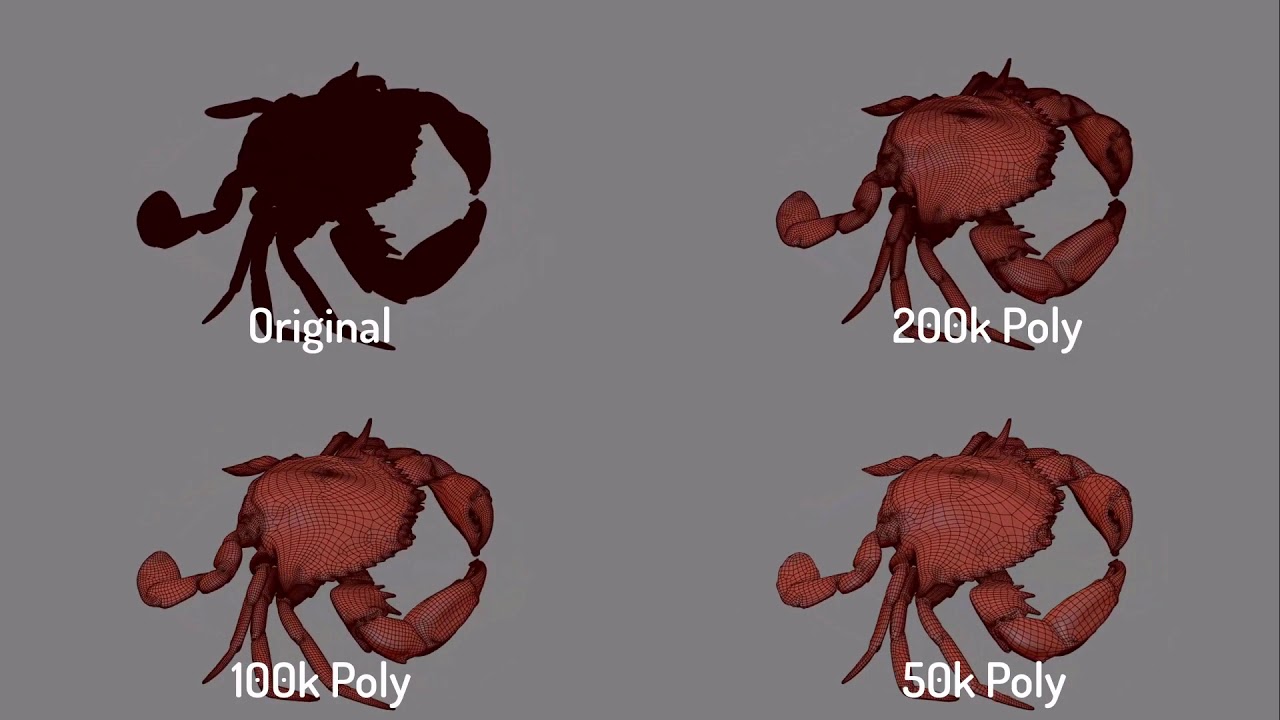 And here someone made a comparison of the two:

I hope this inspire to make QuadRemesher better.

The “Reform” of 3D Studio Max it’s really powerful; the particles it can handle with fewer faces than Rhino can is a great feature.
I hope Quadremesh can be improved: it is already a great starting point!

Let’s petition: we all want a remesher like that of 3D Studio Max. It’s an important tool to pair with rhino Nurbs: if more efficient, it’s better!

This is Rhino’s first time dipping their toe into this world. There definitely is much that to be desired but I’d also add that the workflow found in zBrush, 3D Max, Blender has generally not been the path that Rhino has been on. It’s been a CAD first software which didn’t really do that well with mesh geometry. It’s a bit unfair to try to compare these two right now. Like why not compare what 3D Max can do to zBrush as they’re closer in this arena than Rhino.

It is clear that Rhino was born as a Nurbs modeler. Rhino’s the Quadremesh is at the first step towards other types of modeling. The desire is the such tool, useful, does not remain as it is, but that it improves over time, to reach levels worthy of note

As a big fan of RHINO there is no doubt the coding of QuadRemesh is in the preliminary stage and Full of bugs! we live in 2021 and its just like a joke! i can advice u r programmers to take a look on RETOPOLOGY 3ds max2021 thts insane and SUPER PRo.

I dont know, but after a couple of months trial and error in WIP version the bugs and problems still are NT solved. I believe its unacceptable to release Quadremesh as commercial and final version Rhino7! in comparison with Retopology 3ds max it seems really awkward in 2021.

Hello
For what I have tested Quadremesher works well. It could be good for McNeel people you post examples where quadremesher failed. Just saying it is unacceptable doesn’t help a lot.

Nobody says Rhino’s quadremesh is malfunctioning. We would like to point out that the algorithm developed by Autodesk (Reform) works better than that of Rhino: more details and, if I’m not mistaken, fewer faces (154.000 vs 2 million), as can be seen from the comparison image above.
Quadremesher works, but returns some models that are a little detailed; there may still be room for improvement in the instrument code. Let’s hope!

Hii BRo, as an example take a look too this one, https://www.youtube.com/watch?v=7IZE7NkmJ78 only a simple plane without any complexity, its only a Basic form Quadremesher couldn’t handle straight meshes, wavy and so strange! above all that industrial part as real example the result looks like just nothing and far from the commercial version of a software in2021. they know but couldn’t do any thin after months it seems.

I believe its unacceptable to release Quadremesh as commercial and final version Rhino7! in comparison with Retopology 3ds max it seems really awkward in 2021.

I started this topic to show some interesting benchmarking, and share some insights on other tools since most of McNeels developers only know only hear about other tools from us, here. I did not expect this to becomes a shaming game.

Please keep in mind that in 2021 Quadmesher is still way better than what most other software packages have, and still better than having no Quadremesher.

I completely agree that it’s very unmatured and flawed, and it needs probably 3X more development than what has been done so far to become more useful to more people. I was very excited about Quadremesher when we first started seeing examples, but once we started trying in real world industrial design models, well… it has proved to be of very limited use in very few situations.

Also please keep in mind that I have not tested the Reform mesher from 3DSMax, all we have to go by is a really cool demo video, and one made by Autodesk, so I’d be curious to see how much more useful it is.

I personally think that the approach to try to automagically make a good mesh is not going to work, at least not in the next decade. After seeing how poorly these tools work in our team we started building our own remesher in Grasshopper, where we can tell exactly where our input curves are, how many patches to use, what explicit U and V density to have for each UV direction, etc. It’s more work to use, it requires more skill, and the mesher requires also a lot more work and more UI, but I think this is what makes sense for now.

I also sense that a lot of people might be happy with any kind of mesher and not having high quality output is just fine, so I guess we should let them enjoy the current Quamesher. I look forward to see how this evolves in this decade ahead.

it has proved to be of very limited use in very few situations.

in fact this feature is the key factor and connector between 3dsoftwares in order to import and export models and so on… any way I believe they developed their code for only specific types and examples to advertise rhino7 just like this https://www.youtube.com/watch?v=aeWAC028XHQ in general Quadremesher cant even solve simple forms and shapes as i sent much less complex forms. on the other hand Retopology 3ds max2021 is forward thinking and by far have better coding system and developers! https://www.youtube.com/watch?v=b8MjqBjO1M0

on the other hand Retopology 3ds max2021 is forward thinking and by far have better coding system and developers!

Have you tried it? because all I’ve see is a tech demo, by the King of elusive tech demos. Also quadremeshing a dog is irrelevant.

yeah i have been working on this modifier and testing it… here is another sample https://www.youtube.com/watch?v=TY9vCDbHpas… take a look plz. both of them Quadremesher Rhino and Retopology 3ds max2021 start simultaneously but we can see the result are too different because of developers! this is NT WIP version so we should see much better result in R.7

take a look plz. both of them Quadremesher Rhino and Retopology 3ds max2021 start simultaneously but we can see the result are too different

The link you posted is not what you describe in your comment, but this horse retopo troubleshooting in 3DSMax instead:

@ata.safarzadeh1990: You might want to put the brakes on this for a second and just consider that this is just the first step that Rhino is making into this area. Most CAD softwares don’t even have this kind of capability…Solidworks, Inventor, Creo, or Catia really don’t have this at all. Next…you want to compare apples to apples then compare 3D Max to zBrush and hands down zBrush kicks 3D Max out the box when it comes to handling larger meshes, conversions to quads AND still maintaining details. So again…put the brakes on this and let’s see how Rhino continues to develop this feature.

I’ll throw in my opinion…and that’s all it is.

Quad mesher is a godsend to have in Rhino. It’s far from perfect and I think I got slightly better results from nPower’s importer when it had a quad maker function. Just about all of the hard-edge design elements I have resolved in quadmesher have been what I needed. I’m not sure how it would do for more organic shapes with high detail. Great start and I’ll use it happily!

Sure would like to have a control over gradual tightness of creases, though.

Let’s hope that Rhino 8 gets better and really competes with Reform; I would never want it to remain the same over the years, as many other commands have remained roughly the same over time.

all the links i put here only for one reason, Quadremesher developer’s should know that’s NT new feature and as i said other 3d software like MAX and Zbrush have/had developed it in a acceptable and PRo way. https://www.youtube.com/watch?v=KztU5wpm9EA (Z-remesher from z brush) after couple of months trail on rhino (WIP version) find out they are NT in true way…why? because their code couldn’t even find hard edge in a proper way in the first step, as a result models get deformed.

Do you understand that what you are working with in 3D Max started out several years ago and wasn’t as good as it is now? That it took time to get it to work like it currently is. Stop with the hardline and take a chill pill. No one is saying it’s perfect in Rhino…in it’s current form it’s just a starting point.

Here let me point this out…Rhino has aliases NOT something that can be done in 3D Max…There ya happy…something Rhino can do that 3D Max can’t…now does this stop you from using 3D Max…NO. So once again…put the brakes on and chill.