I’m trying to figure out the best method to extrude a curve profile along a curve path that will keep the profile from distorting as it’s flowing.

The specific thing I’m trying to do is create a set of lips or mouth on a fishing lure.

The attached example has a curve that will be the path, and then I created a basic shape that would be the lip and when I use the extrude curve it starts to distort the object and eventually flip the object inside out as it gets at the half way point in the front of the face of the lure.

The 3d pipe feature does work, but I don’t want it to be perfectly round.

Hi Kent - make your path curve on the inside, so it touches the profile: 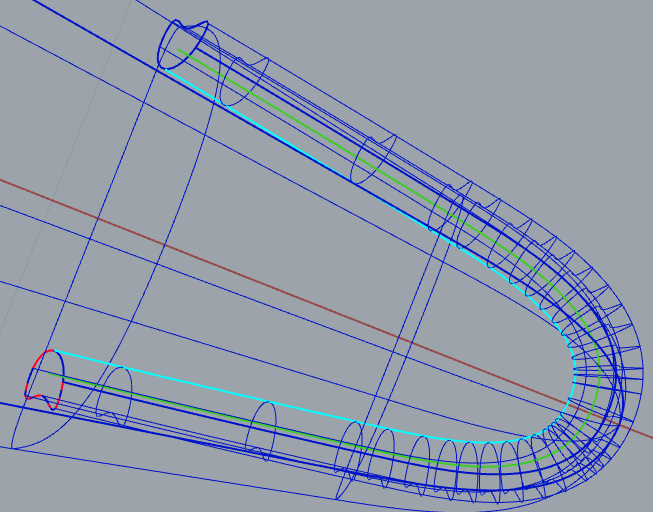 I still can’t seem to get this to work.

I’ve attached a different example file which resulted in the profile getting squeezed together on the turns.

On your screen shot which line was the curve path ( the Green Line or the Cyan colored line? )

one other question… do I have to specify that the curve is a “Path Curve” ?

Just an update… I played around with this and was able to get it to work using the Sweep1 command.

Still scratching my head what I was doing wrong before…