I’m currently working on a CFD simulation using Eddy3d CFD and I’m having issues. Whenever I run a multi-orientation simulation, 1 or 2 orientations have issues and crash. 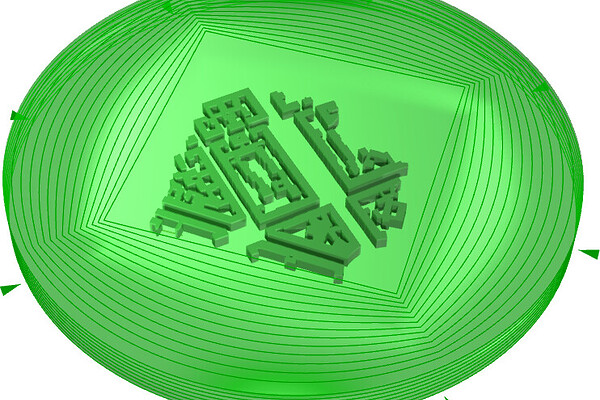 For this case, all the orientations went fine, except the 180 Degree orientation, this one failed after only 180 steps it crashed. 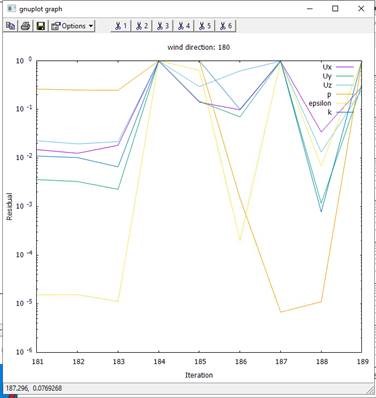 Compared with other orientations 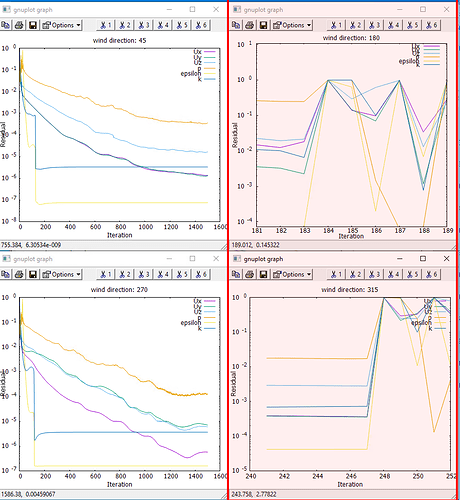 Here are my Eddy settings 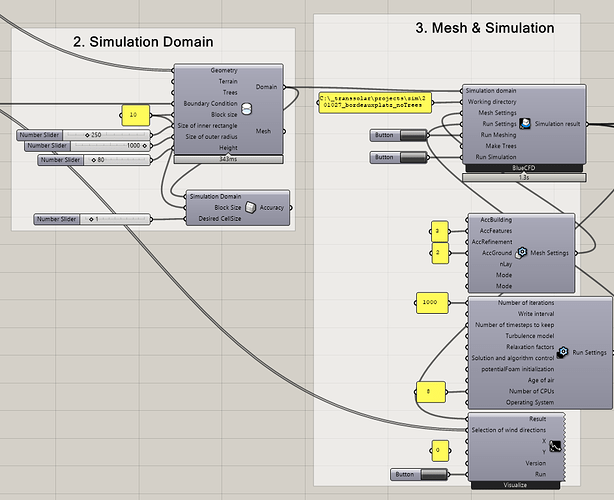 I am another member of the Eddy Team. I was just running a model that is about the same complexity as yours looks, and was also having the same issue w/ it crashing and not running the sim.

I did a couple of tests taking out my massing and just running the terrain/context, and deducted that it was my intervention massing that was the issue. The mesh had run, and it looked fine, and when selecting in Rhino “SelBadObjects” it was not selected, so I was perplexed. However as it turns out there were many more hidden issues in my massing model that were making it break in the sim.

Try meshing your massing in rhino, if it is not already a mesh, and then run the MeshRepair command. It will check your mesh and either tell you “it is a good mesh” and close, or list all the things wrong with it. You can then go down the list of items, select the wrong’d areas and fix them.

Some notes on things that will make the mesh bad:

-Intersecting faces that should not intersect (go past eachother, instead of joined)
-Naked Edges (some are ok, but you want to make sure they are minimized)
-Holes in the mesh. It must be completely closed
-Non Manifold edges
-Sometimes when you boolean two objects, you can get an artifact “inside” the new object, if you get the error message “boolean doubled for it to work” then i find this usually means that has happened. Make sure you have no artifacts/floating surfaces inside of your object.
-If it has not been meshed yet, make sure it is a closed polysrf. It cannot be 2+ polysfc’s that are joined together. Even if they are joined, they may not be closed. If it is closed, it is one.

Also make sure your massing is not sitting just above your terrain surface, if you have terrain. I have found I run into issues when there is a tiny gap, that is not meant to be, betweenthe massing and terrain surface. If it is a meaningful gap, i.e., a covered walkway, or roof over terrain, that is fine, but if it is just hovering above unintentionally that can cause issues. We have found it is best to have the massing poke through the terrain a bit.