Modern automotive designers believe that clay is better than CAD

Modern automotive designers now have at their disposal computers, specialized design software, giant monitors, large-scale 3D printing, computerized milling processes, and fancy virtual reality setups. Yet, the automotive design gods continue to take handful of clay… “Clay is different waxes with some filler in it,” says VandenBrink. “That used to be sulfur, and more recently small glass beads, but it’s mostly waxes. Honestly, it’s hard to know exactly what’s in it, because the formulas are proprietary.” There are half a dozen companies that make plasticine clay suitable for full-scale design modelling (a few car companies make their own blends), and they deliver their product to design shops on flatbed trucks by the pallet-load. In a typical year, Ford goes through about 100 tons of the stuff, formed into hard, extruded cylinders about 3 inches in diameter. When a designer is ready to build, a lump of it is heated to about 66°C (150°F), and applied… Hand modeler applies the clay to 12 to 18 inches of foam cut into the rough shape of a vehicle, which is itself attached to an armature of lightweight aluminum with adjustable fittings. Those fittings are placed to reflect the briefing the designers are working from, so that the model is built with hard constraints showing overall wheelbase, powertrain, and people packaging… The perfect fender curve or B-pillar transition may take shape with a few flicks of the wrist in clay, while trying to get that same level of artistry through computer and stylus might take hours. And once it’s in clay, a whole car can be scanned into a CAD program in an hour and a half. You won’t do that with a stylus, or a mouse, or a fancy 3D headset… At Ford’s studio in Dearborn, there are about 160 modelers, 125 of whom can model by hand, with many being able to drop what they’re doing in a CAD program to scrape clay from a fender. Some come from design schools with specialization in auto design, but others come from the auto-body industry, or from the arts. But not a lot of future designers think about clay on their career path. source:

I love working with automotive clay. Still have my box of rakes, wires and slicks safely tucked away, though I’ve not had the chance to use them for a few years

Changed to Meta category, as this does not specifically have anything to do with Rhino in any form.

Hi Mitch, what is “meta catagory”? Thanks, Mark
Still what was said was informative for designers be it digital or traditional.

Most of the topics on “Meta” are related to how Discourse works (or is not working.)

Got that , again thanks. —Mark

Hi Mitch, what is “meta catagory”?

About the Meta Category

Want to talk about the relative merits of Discourse, Newsgroups, NING, Facebook, Dinner and Drinks, and other forms of conversation? Add your topic to the Meta category.

It’s a similar situation in the theater. Most directors prefer a physical 3D model to a digital one.

Before a new car model is launched, a long period of creating the right design takes place. Even today, computer models are not sufficient to evaluate a design. Therefore 1:4 and then 1:1 models are built to get an impression of the final car. These models are created in clay, and usually consist of a wooden or iron frame which is covered with Styrofoam. Clay is smoothed over the foam. Modellers then use various tools and slicks to finalize the shape of the car, since changes are readily possible… Industrial plasticine is a modeling material which is mainly used by automotive design studios. It was developed as an industrial version of plasticine or hobby clay. source: https://en.wikipedia.org/wiki/Industrial_plasticine

It takes four years of work, 1000 pencil and paper sketches, five tons of clay, and one ton of paint to design modern car. videos: 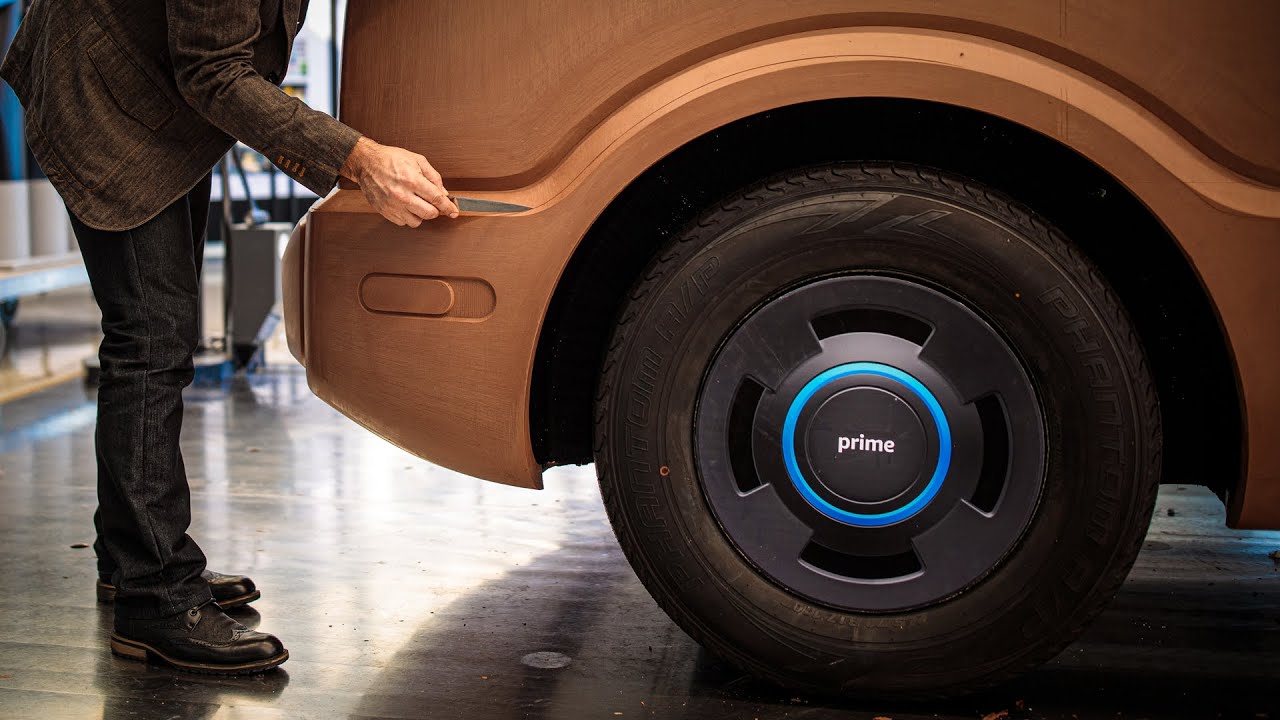 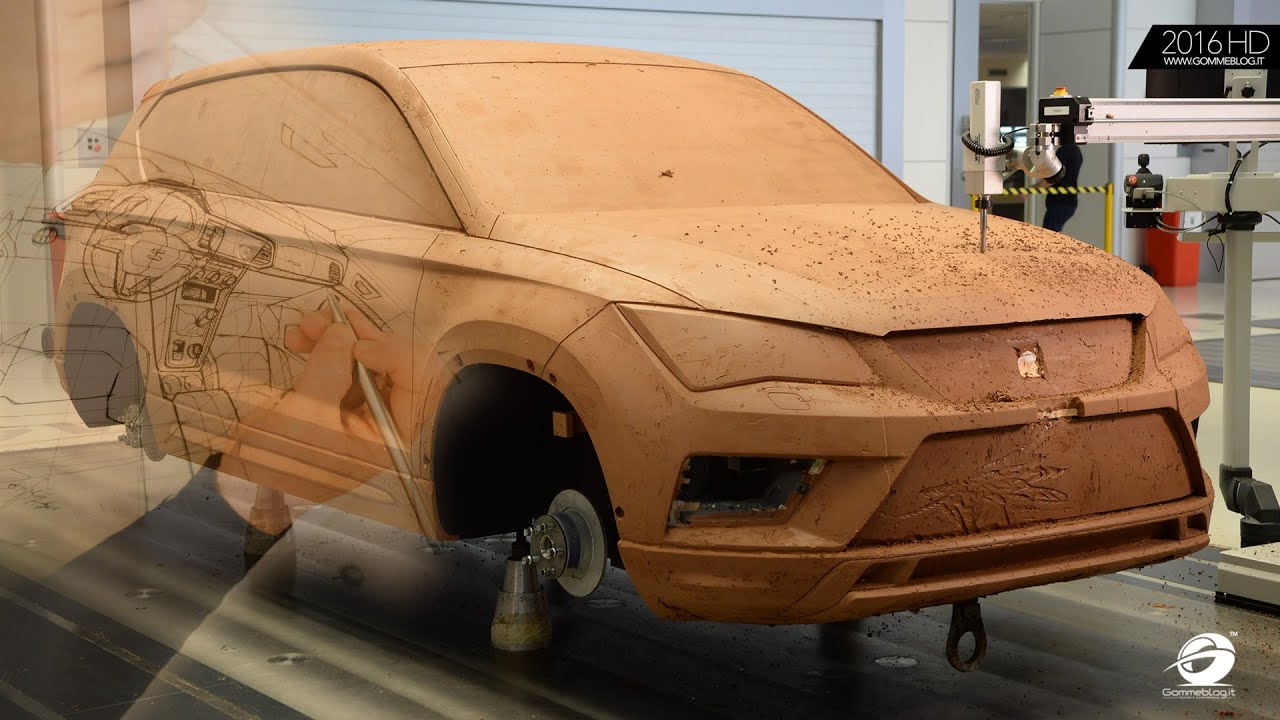 These rakes are used for rough-shaping the clay model: 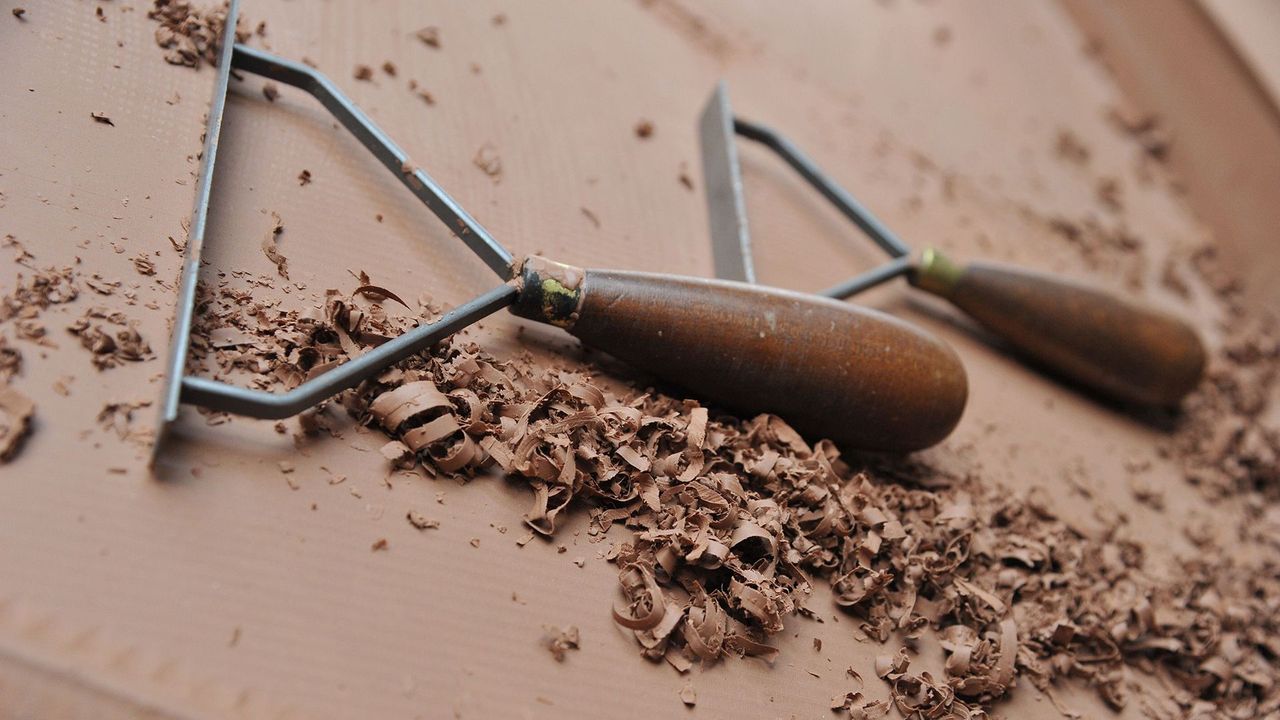 This thing is that nowadays, the clay (on a wooden buck) is 5-axis CNC rough milled from CAD data then smoothed and detailed by hand. Changes are made by hand and then the final is re-scanned via CMM and the CAD data modified to match the scan.

Of course cars have been designed all on-screen(with mixed results,) and it can be done extremely quickly if need be. The result of the typical “4 year” process today is cars that are over-cooked and bland.

I was a big fan of clay since my childhood
I made a lot of small cars to play with my cousins.
now i am 38 years old. I keep a lot of love in clay

To design something in clay is a slow and detailed process. This is actually good if you ask me. Nowadays the amount of clay models created are already being reduced to a bare minimum, due to cost optimisation. Instead digital technologies, such as VR, are more and more used to replace real models.

A lot of people doing this kind of job are in serious trouble. Some already lost their jobs. Its not only the modeller (which is not the designer), but also the model maker who produces Hardparts manually, a Saddler, a Painter and other craftsmans. With the slow removal of practical skilled people, a lot of (practical) knowledge is about to disappear. If you ask me this a thread to good design. In a digital process you approach a design problem completly different. Especially the haptic feedback is missing and just the fact that a designer and a craftsman are sitting together in a room all day.

On the other hand, evaluating a design in VR/MR is also great advantage since you get almost instant feedback on any design change you do. Still, I don’t believe the Clay models will disappear soon, because of what I said above and because of another fact: Many people working in R&D are not as innovative as they sell it… Since VR is nothing new (R&D started in the 90’s), even with today’s possiblities (I developed in that field as well), the biggest challenge was to convince people from doing their work differently. ‘Never change a running system’ is a very spread mindset.

This thing is that nowadays, the clay (on a wooden buck) is 5-axis CNC rough milled from CAD data then smoothed and detailed by hand. Changes are made by hand and then the final is re-scanned via CMM and the CAD data modified to match the scan.

I left the auto industry eleven years ago so my information may be out of date. At the the company I worked for initial sketches by designers were done on paper or on a computer, depending on the prefernces of the designer.

Exterior design development had a cycle of:

Of course cars have been designed all on-screen(with mixed results,) and it can be done extremely quickly if need be. The result of the typical “4 year” process today is cars that are over-cooked and bland.

Work in the design studio on a new vehicle program would typically last six months to a year or a bit more depending on numerous factors. After the design was approved and released by the studio a separate team would create the final, refined “Class A”. surface model which was used for creating production tooling.

Thats pretty much it, still nowadays you see more and more designer doing digital models instead of paper sketches, skipping many iterations. Furthermore a car usually has multiple design teams creating different design variation being in a competive state. So for any car developed, it used to by a dozen of models. Nowadays out of averaging 4 1to1-models, only 1 or 2 are build. The 5-axis cnc milled models actually were pretty rough, so as far as I have seen it, there is not much of an automation taking place. 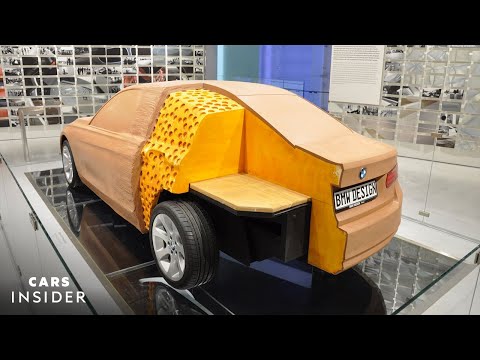