I am looking into the request to add scene silhouette in Make2D.
Any preference to whether it should be added as an option or simply add it as a new “visible” layer in all cases?

Whatever the solution it will be the great addition.

Hi Piotr - would you ever not want these curves, on their own layer ? 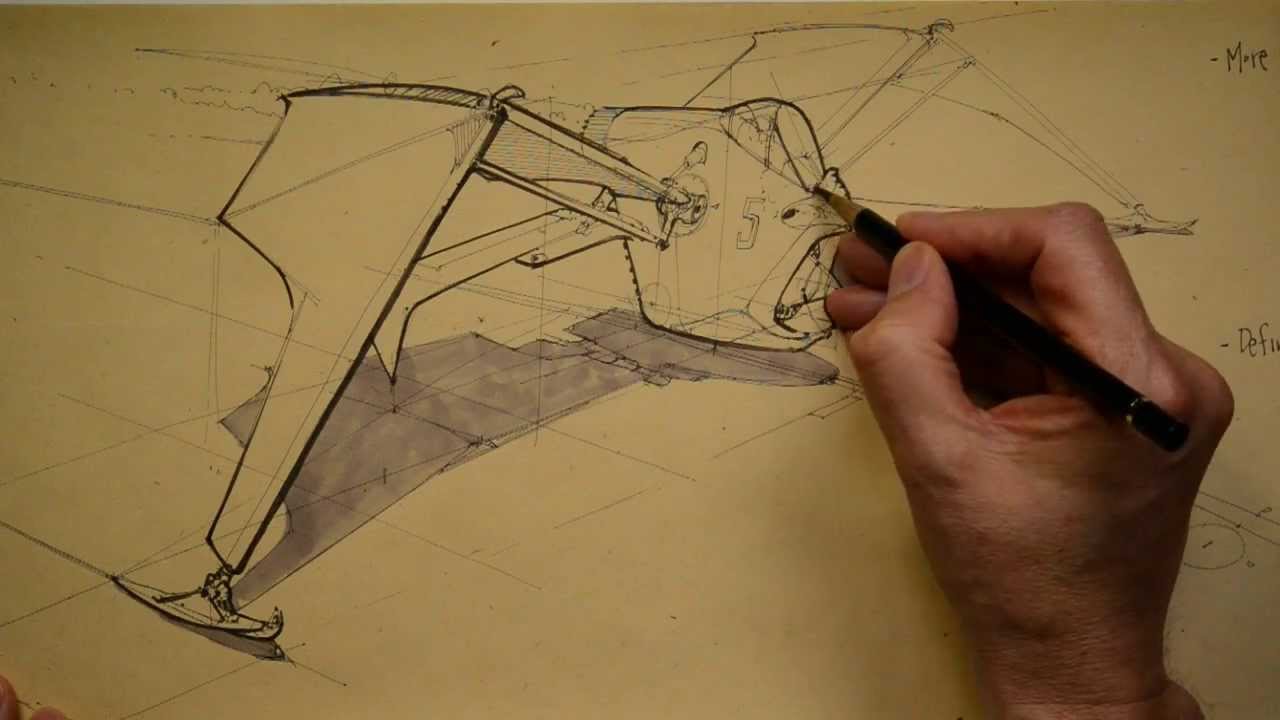 to add = perhaps the line-weight hierarchies by angle ? so we get bolder lines for more acute angle

Sorting (by distance, angle, etc.) sounds like something @DavidRutten can bring to Grasshopper if Make2D functionality is implemented, for now we are just trying to figure out if it is worth adding an option to the UI, or simply output the “Scene Silhouette” in ALL cases as a sub-layer to Visible lines.

In that case, outputting them to a sub-layer will work for me

We will output to sub-layer in all cases, I guess we were wondering if Make2D should also an option to allow the user the option to calculate/add the scene silhouette or not. What do you think? 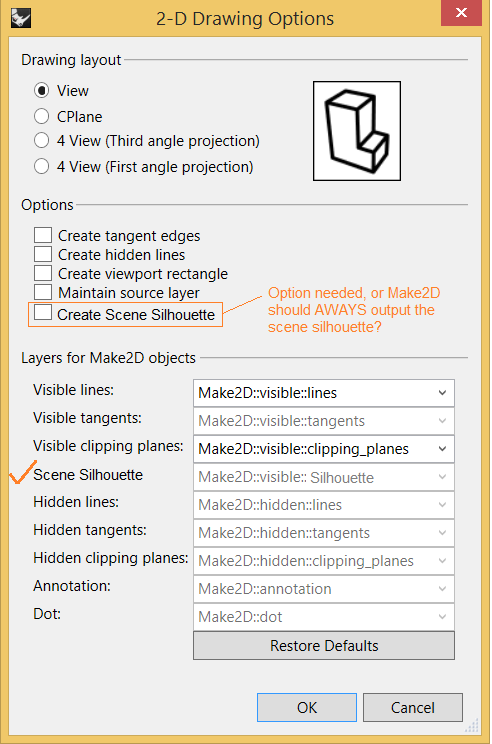 IMHO, hat would be useful, because sometimes that curves are not needed at all (elevations or simple sections).

is it possible to automatically join all the Clipping planes curves based on poly-surface? (just like section tool)?

@Runnie I think we could. Is that desirable? Also, do you prefer all section curves to go to a separate layer?

of courseee :)) we, architect need that the mosttt… usually what we do in V5 right now is to use 2 command (section tool) and make 2D to create a Floorplan layout. if you can join the curves directly in Make 2D command. will save us alot.
also the ability to “select” clipping plane instead of Active clipping plane would be usefull too.

and another checkbox for the option to join the curves to polygroups.

I hear you @Runnie. This is doable and will add to the heap.
About selecting ClippingPlanes, I wonder how that can fit into Make2D flow… Add a step to allow selecting specific ClippingPlanes (or All)? @pascal?

the reason why is when we have finished building our complete model. we will need more than 1 clipping plane to create the set of floor plan (let say 10 storey building).
if we prepare the clipping plane at first, and rename it accordingly like (Clipplane level 1, Clipplane level2, and soon)
I can select each clipping plane in Make 2D, without having to go back to the model to change the active clipping plane.
this process can be a macro command so the whole set of plan can be generated in one go

It suits perfectly into the everyday drafting work in architecture using Rhino.

So if a ClippingPlane is selected, it should be enabled or activated in the view even if it was not?

yes, it could be a dropdown menu in a small box like =

if we select anything beside active clipping plane, it will override the current one

if this really happens lots of architect will be happy

Do you typically name the clippingplanes? Sometimes it can get confusing trying to figure out which is which.
I wonder if it is more useful to ask the user to select the CPs at the time Make2D objects are selected

If you want a clear model, those clipping planes should be named first…yes.