I’ve got a simple LOFT definition made on Rhino 5, Grasshopper (ver. 0.9.0076) that doesn’t work in WIP’s Grasshopper version and GH’s pop-up tells me it doesn’t know why…any explantion on why might it not recognize a simple LOFT? thanks in advance…

You forgot to attach your definition…

Yeah! sorry about that, here is a screenshot of the problematic component (the definition es a bigger one)

We’d need to know more about the curves to understand why the loft failed.

Hi Fraguada, the curves were done in a Rhino 5 file and opened in WIP, then referenced to the two curve components using RIGHT-CLICK->“SET ONE LINE” followed, as you can see in the screenshot, by a LOFT component that breaks down and does not provide explanation, the Grasshopper definition was also done using the previous version for Rhino 5, I can rebuild the loft from srcatch again in WIP (which I did), but i just want to know if there is an explanation for this…if anybody had the same problem, or is it probably something to fix in the API (bug, etc.)?? Thanks in advance…

No he literally needs the actual curves so he can test them ans file a report with the developer in question. If we can’t replicate a problem it’s very hard to figure out what went wrong and nearly impossible to say whether or not it has been fixed. Please upload the 3dm and gh files needed to repeat this bug.

fwiw, Loft works for me in your files.
? 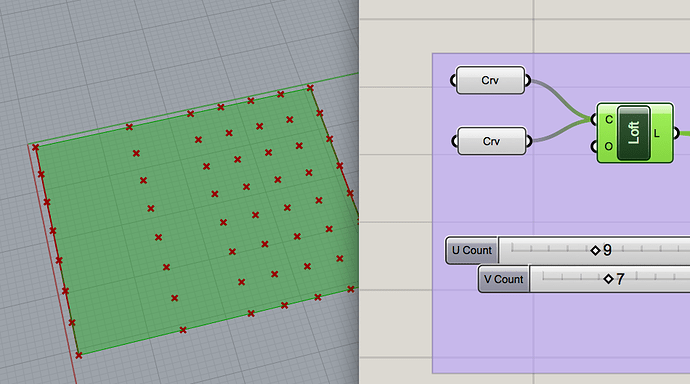 Strange, espcially because I got the latest WIP two days ago, so I’m up to date… maybe some installation-related issue on my platfom??? Anyway, thanks for sharing the info…