Layout DrawOrder is causing so many problems. Can you please focus some resources on this?

I don’t know how difficult (or if its even possible) it is to achieve, but all these issues would go away if you were to just be able to set a numerical visual priority on a per object and per layer basis.

Microstation have got it right in this case, as per TomasTs suggestion above.

However, curves’ draw order don’t seem to be coupled to the layer order (yet).
Using a ‘SendToBack’ on the circle indeed brings it behind the rectangles, but not the fact that it’s on the bottommost layer.

The order is for vector printed output and may not exactly be the same as what you see on the screen. Curves do pay attention to layer order. The draw order commands like “SendToBack” override all layer order and place objects behind everything else.

just be able to set a numerical visual priority on a per object and per layer basis.

Definitely worth a try! Sounds not too hard to implement, too.
However, the trick will be to make editing/ handling these indices conveniently.

Hi Eugen - Yes it would solve a lot of issues, at least when working in 2D. To your questions:

Priorities I imagine as more like one of these: 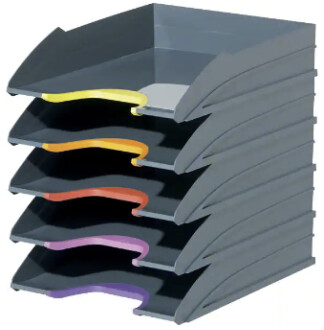 Every level has an absolute position, allowing you to shuffle objects per layer, but also giving you the flexibility to put an object exactly where you want it.

Waiting for this issue to be solved since I started working in Rhino in 2016.
Last year I had an idea to implement Rhino workflow in the whole office. I really hoped it could become a standard in my work environment. However, one of the reasons it did not happen was the draworder issues. I guess I am not the only one here on the forum…

You do amazing work with this software - subds, nurbs. Please don’t let such a basic issue spoil Rhinoceros!