I’m wondering why the last curve coming out of a contour is flipped and with a different seam like the image below. This is keeping me from simply lofting another curve to it.

I tried flipping the top curve as well as adjusting its seam, but thought was overkill for something that seemed simple. 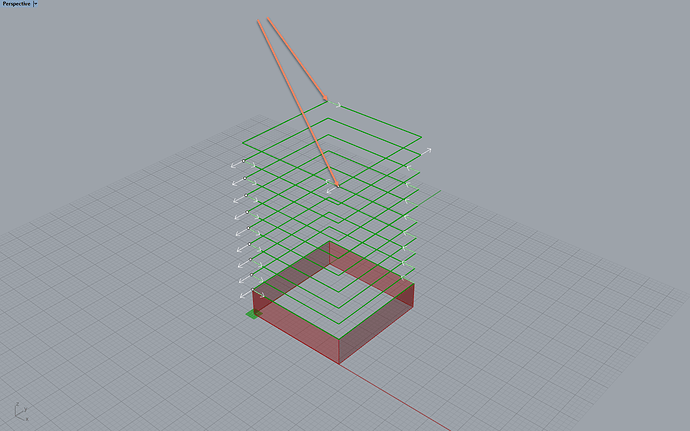 Question about the brep/plane(sec) Grasshopper

I ended up using the replace members component after creating a new set of points. Flattened both curves and got the loft to work.

Does this occur because the last contour is coplanar with the top of the extrusion?

Probably be better to just grab the curves from the top of the extrusion then mess with the last contour.

Quick question @Joseph_Oster - I’m not understanding how the example you posted helps.
(The one that says: ‘Why the direction of the uppermost curve is opposite to other curves…’)

Sorry if its obvious and I missed it. If possible, can you explain?

I don’t know why “the uppermost curve is opposite to other curves” (flipped in direction), just that it is and one must deal with it. Like so many things in GH and life in general.

Ah OK, hope I’m correctly getting some intended humor in that response too

As it turns out I’ve been struggling this evening with the same issue that 'Countour (ex)' will flip the first and/or last curve. Mainly because I create base building masses as a starting point, but actually want to control the final mass based on the floor heights using 'Stack Data' and 'Countour (ex)'

'Sort Along Curve' helped me get things back in order without too many other components needed. For some reason I couldn’t get it to work with sort points or many of the other sorting components.

Here is the definition that ended up working:

intended humor in that response too

Yes. I can’t do anything with your image though, code is much more useful. I don’t read icons.

In cases like this, it usually works to to use the first curve as a guide to flip all the others.

Agreed on the guide curves, that was the first thing I tried. Was pretty surprised that it wasn’t helping in this instance.

Flip Curve with a guide curve worked for me to match direction on all curves. The twist at the bottom was caused by a different start/end point (“seam”) which can be handled in Loft by checking the “Align sections” option:

Whoah, that’s awesome didn’t know that. I have no idea why flip curve wasn’t working for me, very glad it worked for you as normal.

Thanks again for the pro-tip on ‘align sections’.

It works in this case because it has the same effect as ‘Flatten’, which is really what is needed:

Ah, good catch on the flip matrix thing, you just made a simple solution even better.

Quick note on the guide curve with Loft option ‘align sections’ turned on. It creates a weird seam and kink, it’s on your screenshot too I’m just noticing.

The ‘Sort Along Curve’ approach doesn’t have this problem though. Its too bad that in this case flipping the curve doesn’t work as expected.

Here are the two screenshots. The first with the flipped curve and lofting problem, the second with the sorted points and clean loft. 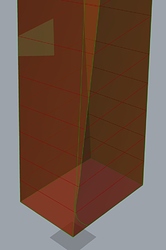 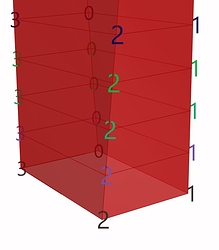 Quick note on the guide curve with Loft option ‘align sections’ turned on. It creates a weird seam and kink, it’s on your screenshot too I’m just noticing.

I see that too, now that you mention it. That bottom contour has a different start/end point than all the others, which might be only part of the problem… Another issue might be how that brep you are contouring was created?

Instead of dealing with contour weirdness, I would approach it like this. I didn’t take the time to match the height of your tower but you get the idea?