Isosurface in the shape of a 3D object

Hello, I would like to get a Chromodoris isosurface from a 3D object.

This is what I have tried:

Right now, the script just creates a box around the 3D object, and fills that with the isosurface. But I would like to have the 3D object and not a box as base shape.

I think this example comes pretty close to what I imagine: 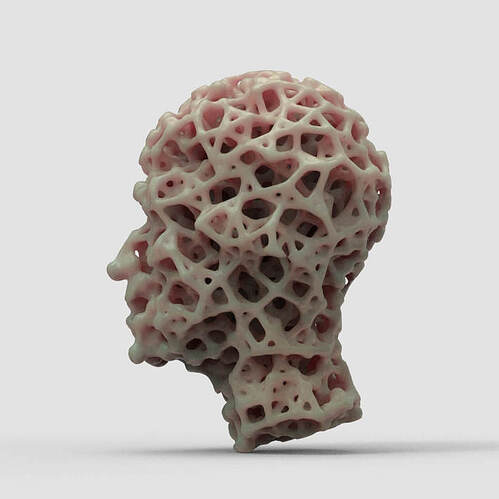 Maybe it just could look a bit more organic, but in general, I think it’s nice.

Does anyone know how to do that? Would be super cool!

Loads of ways to do this kind of thing. Personally I would give Cocoon or Dendro a go. The latter seems to be quite fast.

Dendro is a volumetric modeling plug-in for Grasshopper built on top of the OpenVDB library. It provides multiple ways to wrap points, curves, and meshes as a volumetric data type, allowing you to then perform various operations on those volumes.

Then smooth the mesh as required, using Weaverbird or otherwise, leaving some knobbles as per the skull example above: 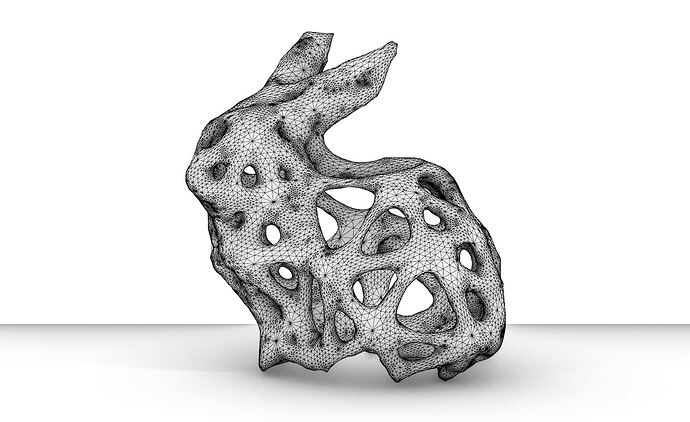 Hey! Thanks a lot! I have tried to open your script on my computer, but it doesn’t work, unfortunately.

It shows me this:

The mesh is linked correctly. Is it maybe an issue for macOS? What could be a solution?

So I think Dendro is incompatible with macOS. I also didn’t find anything similar with Cocoon.

I just got it to do it with Chromodoris this way: 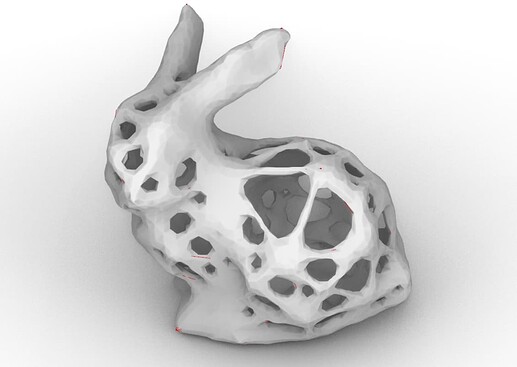 But it takes only the edges of the mesh, and there are no connections in the inside. How could this be fixed?

Dendro is Windows only. Sorry about that.

It’s okay! Probably there are not that many people that use Rhino on macOS. Do you maybe have an idea how to do that with Chromodoris, for example?

The tutorial you link to shows how to do it. Fill a box with points, and test which ones are inside your object. Constructing a proximity network of these points will give you an internal lattice. The problem is that won’t work because the bunny is open. there are three large holes in the bottom. patch them up (you can use appendFace or some other software)

i had a go with chromodoris. You can throw anything at it, and it’s very performant if you get the settings right. 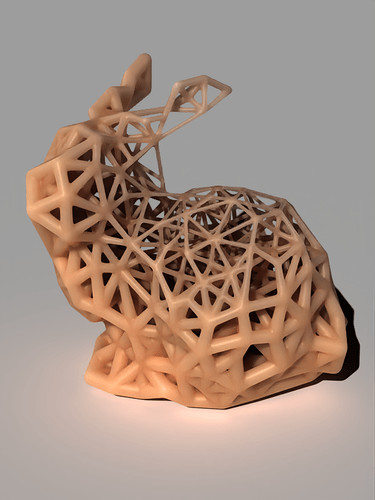 multipipe is also possible for this kind of geometry, however it will not deal with merging crossing lines, which will result in self intersections. you can do this yourself on the line network network from lines from Heteroptera. You need to be careful what geometry you give it. 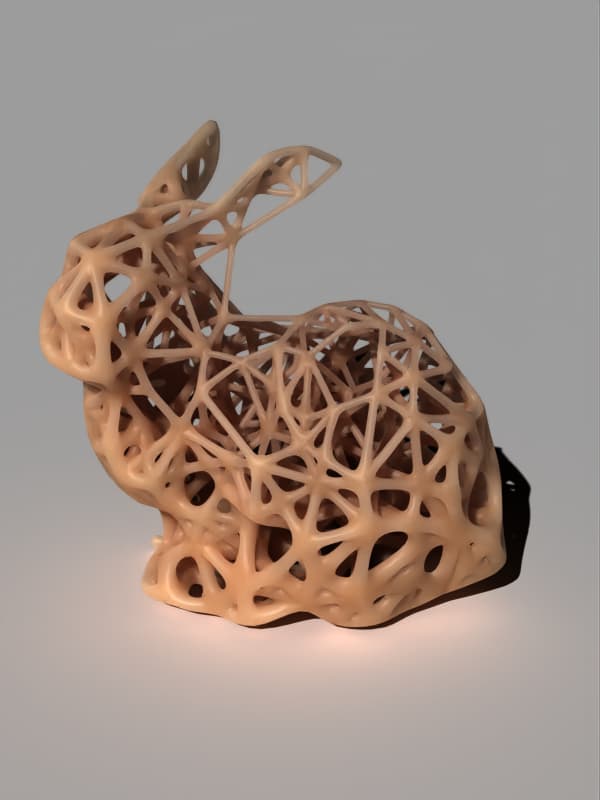 Oh wow! That’s really great! Thank you so much. Btw, what software do you use for rendering? It looks so beautiful

No worries, I just use raytraced viewport in rhino (cycles) no additional software. A decent GPU makes it very quick, also the Nvidia denoiser makes it faster as well. The material is a PBR material with subsurface and specularity.