Is there any way to get all-quad mesh model from Rhino's nurbs?

Depends. What does the nurbs model look like? Is it trimmed? Is it a polysurface?

I believe command
QuadrangulateMesh
will get you most quads Rhino can do successfully. Not sure if that’s changed in RH6 or not.

I’ve seen some Rhino files for example car models that have all-quad meshes. I’m not sure whether they modeled in nurbs or mesh firstly but they have been put into Grabcad as rhino model. How are they all-quad?

Rhino has no problems loading and saving quad meshes that have already been created in other software and ‘quad meshed’… i.e. Zbrush or whatever, and then simply imported into Rhino and saved as .3dm. But as far as creating mesh from existing nurbs inside Rhino, using the QuadrangulateMesh command I believe is only way to get most quads possible via Rhino’s own mesh engine. I’ve no idea if that has changed in Rhino 6 however.

I think the question is too vague. There is infinite ways to model. Do you have a specific nurbs in question? For instance a surface like this I can easily all quad via grasshopper.

Further since you have asked this similar question before you should check out this book. Used it when I first started learning Rhino. It documents start to finish for modelling that car. There is no one trick does it all for guaranteed quads ect. Depends on the skill and care of the modeler.

Yes,
The following is an Alias model which I made recently and exported it into STEP:
Can you make it all quad?
1.STEP (1.4 MB)

As stated in my past two comments. There is many ways to do things. You can make anything all quads with some patience and combo of techniques both automatic and manual. There is no one singular solution.

For instance the base is very easy, I just take the profile and revolve it to be one surface, then use the above Grasshopper component to quad mesh it: 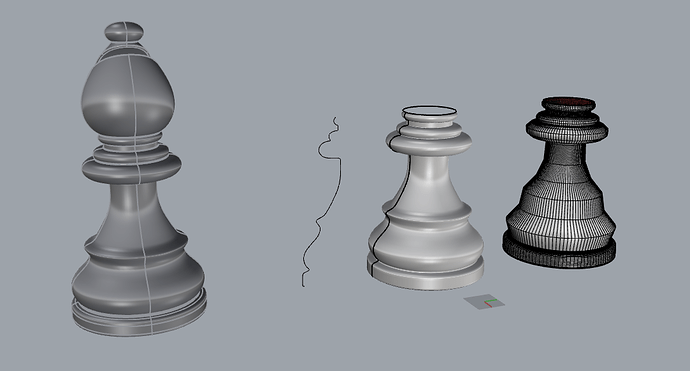 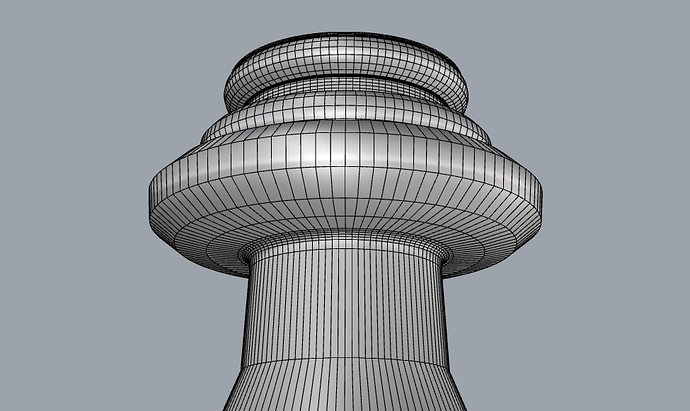 However, the trimmed parts at top are not such an easy condition for an automatic process. In that case I would make the full quad mesh, then delete faces / pull verts to fit it around the trim. 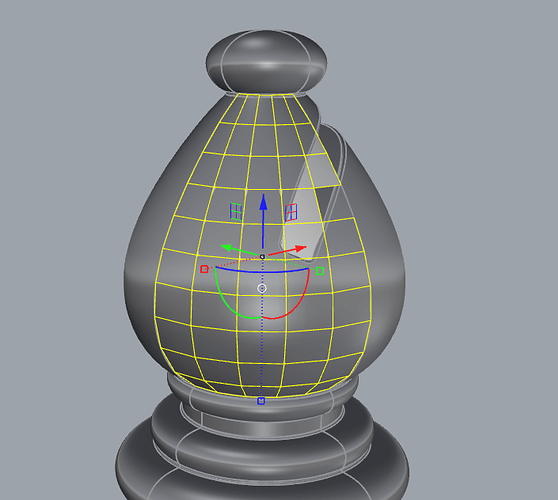