Is Rhino 7 usable with M1 Macs?

IMHO, Apple has screwed the pooch here. I worked a a computer company that insisted that executables linked on V1.0 would run on any subsequent OS version—but those days are long gone.

My suggestion for Ithinkiam is to look for a used machine on the refurbished market to hold your daughter over until the Apple chaos subsides. I have an olde Mac that needs replacing but I’m holding off until things settle. I don’t want to be an OS tester.

I would be leery of getting an M1 machine at this stage anyway. It appears to me as an outside observer that Apple has not worked out how large memory systems (like those needed for Rhino) will be laid out architecturally and how graphic acceleration will finally function.

i would be interested either, but was not bold enough to buy an m1 yet, (by the way it always reminds me of bmw’ M1 Version of their cars)

dont kill me if it does not help anything

@lianabrown10
No.
Metal is the name of the graphics language Apple is moving to.
This has nothing to do with rendering materials whatsoever.
This thread is about Apple’s new Silicon M1 processor Macs that are not supported by Rhino.
Sorry for the confusion.

well in the end pls let us know if you tried it. thanks

Has anyone seen any real Silicon Mac Architecture documentation (if anyone can remember the old VMS architecture handbooks)?

It appears to me that the Silicon Macs are memory constrained by current standards. The normal offering is 8GB while the largest I have seen is 16GB

At the same time they describe this as “unified memory” which appears to be shared by the GPU. My current machine is 32GB + 4GB on the GPU so this looks like a major step downward.

It appears from my reading that the memory is on the CPU chip, apparently an attempt to bypass the system bus that is the bottleneck of nearly every computer system.

Be that the case, it seems possible they would run out of space for memory and need a separate class of memory that could sit out of the CPU. Rather than paging to secondary storage, the operating system might page between primary and secondary memory.

In any event, it is clearly Apple Silicon will be at the low end and it will be a while before we see such systems targeted towards the Rhino user.

I do hope this support comes soon. M1 macs have been shipping for a while now and I have one I would like to take to work with me and use with a student edition. Even a WIP build would be ok.

with some good news on the horizon.

If you have an Apple Silicon Mac, please update to macOS Big Sur 11.3 and give Rhino 7 a try.

Just came here to report that the curve drafting and layout tools have been working well with 7.6.2 + Big Sur 11.3 through 11.4 now. I am currently using a low spec m1 Mac mini and running a large 2D / 3D project with over 20 big layouts.

Glad to hear it @TrevorSmale . How is rendering performance?

I am also interested in with the rendering performance as well.

Cycles 3D performance is not great. I am no technical expert but I am assuming that OpenGL on Rosetta 2 has a large overhead. I mostly use Blender Cycles or Octane as they are performant on Apple Silicon. To be clear, I work with large models with many features, I think average 3D use would be fine. My coworker modelled a moderately complex thing on her M1 MacBook Air with no troubles. I can post a video on YouTube soon and link it here for any interested parties.

That would be great if you can leave the link here. Thanks! 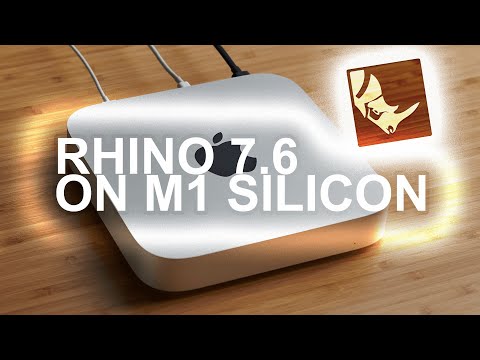 if you have a smaller window like you did for the intel version the performance increases significantly. for the m1 version you had the window reasonably bigger, also you zoomed in much closer to all the parts in the m1 version of that video, so i am not sure if that is a useful comparison.

Actually I’ve tried different modes to bring M1 to life with Rhino and all you mentioned about screen size and zooming sounds funny. Also I’ve running Rhino under the Parallels 17 in a Windows 11 virtual machine and have to say got the same performance results.

Totally agree! I’ve just made a video to show its performance on my MacBook Air with 16GB of RAM. 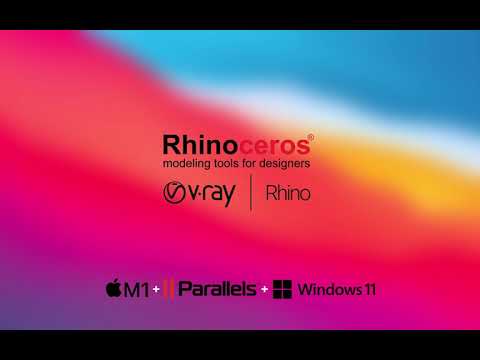