How to pick a surface within a group

when I hold ctrl+ shift + click, it select the whole box. Is there are way to select just a surface from a group? 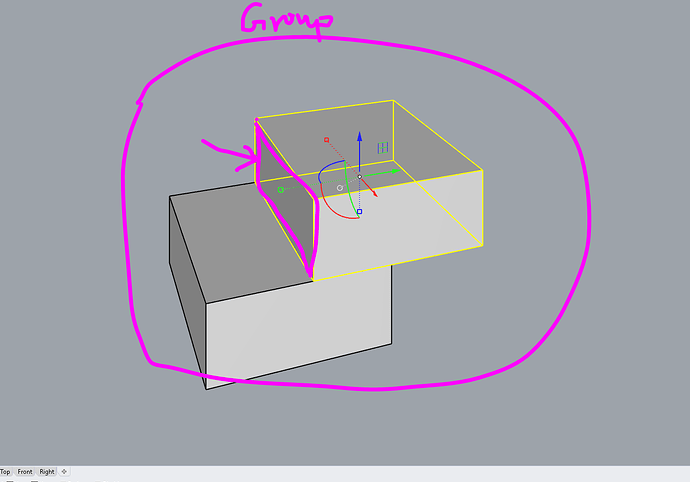 which rhino version are you running?
i get this (mac version 7) when i ctrl shift click a surface from two grouped cubes.

in an older version it might be that you have to click on a bordering edge to select the surface.

I have rhino 6. by ctrl+shift+click the border edge, it still not give me the extrusion surface option 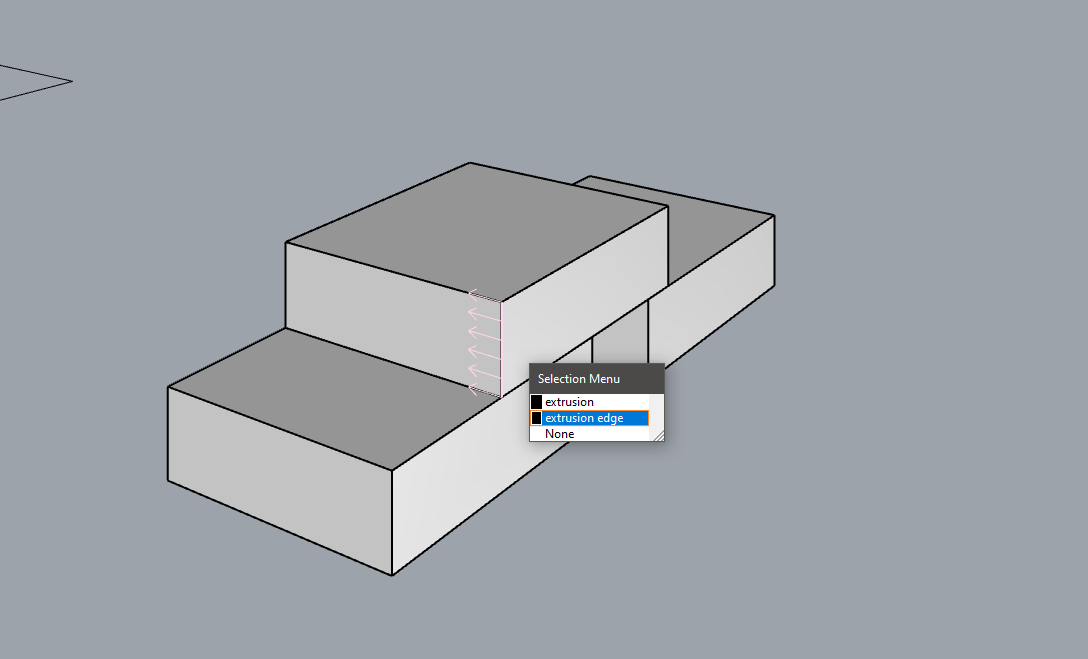 Hi - that seems to work fine on Rhino 6 here. Can you post a sample file and the output of the Rhino SystemInfo command?
-wim

please see attached file I was practice, and system info, not sure if this is what you need.
how to select the surface within a group.3dm (6.8 MB) system info.txt (2.4 KB)

please see attached file I was practice, and system info, not sure if this is what you need.

Thanks for those files. The boxes in your file are so-called extrusion objects and it looks like you can’t sub-object select a single surface from those in Rhino 6. This has been changed in Rhino 7.

You can replace the extrusion objects with regular objects in your version of Rhino with the ConvertExtrusion command and you will then be able to sub-object select a single face of an object in a group.
-wim

thanks so much, convertextrusion works, could you also explain the difference between extrusion and regular object during modeling?

could you also explain the difference between extrusion and regular object during modeling?

From the help file:

Simple objects such as boxes can be described in the file by the profile and an extrusion distance. In files with - an unspecified very, very large amount of such objects - you might notice the difference when running on a modern computer. When you trim, boolean, or pretty much in any other way modify such an object, it is automatically converted to a regular object.
For all practical purposes, you might as well turn off the option to create those.
-wim

gotcha! thanks for explaining

also related to group issue. is it possible to scale the single surface under a group?

is it possible to scale the single surface under a group?

Yes. Once it’s sub-object selected, the face can be scaled on its own.
-wim