How to make "Echoviren" project (Smith Allen Studio) in Grasshopper?

At this moment I’m trying to build a structural facade, with facade openings in Grasshopper. Doesn’t sounds too difficult up to now.

The reference project in this link shows what i try to achieve; 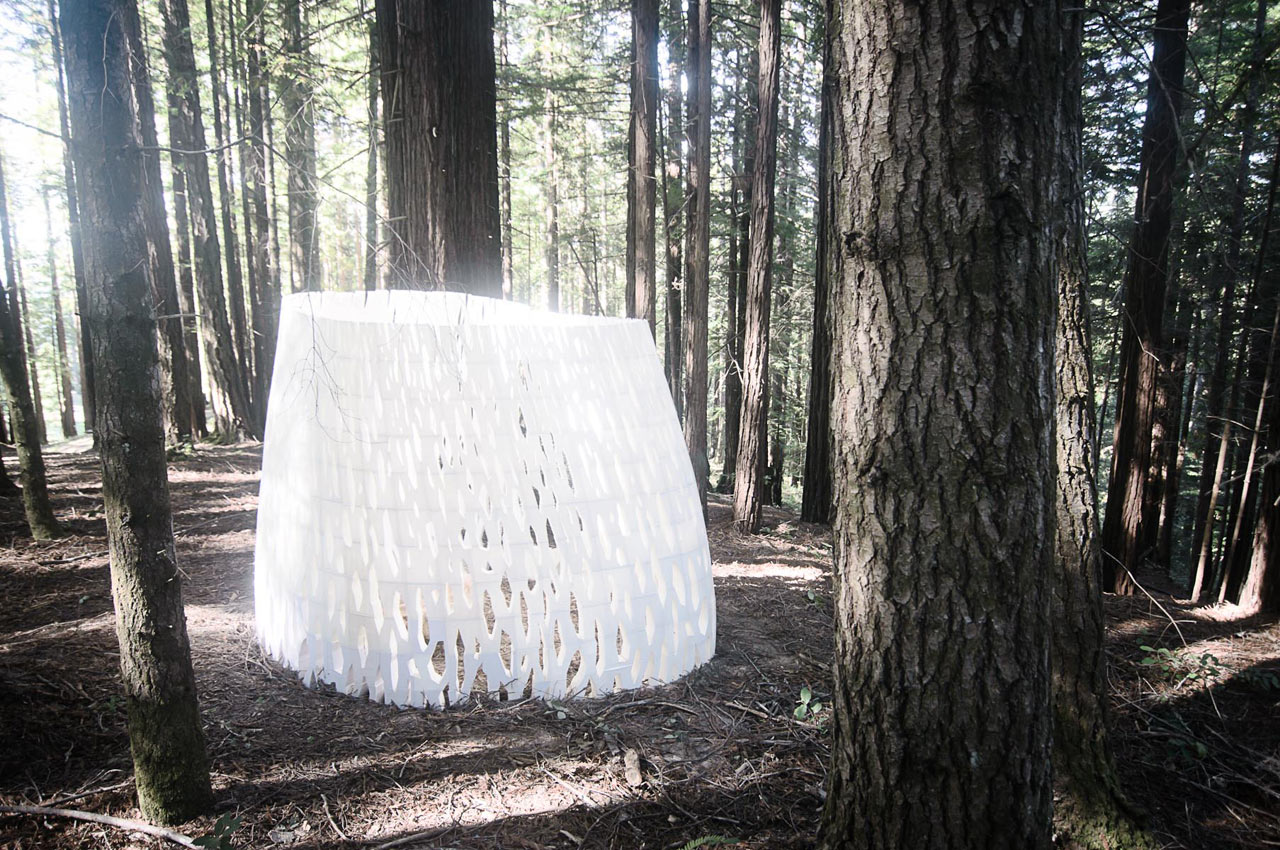 Smith Allen Studio may have created the world's first 3D-printed architecture with Echoviren architectural installation made of assembled 3D-printed bricks.

Here comes the difficult part: how to do this (on a double curved facade)?? I’m totally lost in how to do it.

What I want to achieve:

My experience in Grasshopper: Little. Just started using it since a couple of weeks ago at school. Had some minor introduction courses, and try to Google a lot as well. But with this challenge I’m not sure on what to Google and what to search on this forum either.

As a temporary side approach I now used Lunchbox to create triangular panels on the surface, which than creates panels with various sizes according to the amount of radiation. These panels are than the '‘openings’ in the facade.
The file is in Millimeter (large objects) Randomnized facade.gh (515.3 KB)

How I think the problem should be approached is by looking into removing mass in the structural facade. But I can be completely wrong with this idea.

I’ve tried using Milipede (plugin), TopOpt (plugin), Karamba (plugin), Attractor/Repulsion points (with curves projected on the surface) [http://www.grasshopper3d.com/forum/topics/flow-curve-around-object-in-2d?commentId=2985220%3AComment%3A1800152]. All without any succes which gives the solution I want, or even coming close.

Can anyone help me guiding in the right direction? As in maybe which plugins, what search terms on Google, maybe someone even has an example which I can partially rebuild to what I need.

just because Nobody replied:
a.) you never know how and how long somebody made something unless he tells you. dont expect others to reverse projects for you.
b.) learn grasshopper (and Rhino) first. it looks easy but is super hard to master.
c.) my bet, you dont need any plugin for this. it doesnt look too complicated. If you master the basics you will be able to solve the problem.

Hello totally agree with Tom, and also to have help separate the problem and try to avoid a big number of plugin.
What seems difficult is that you speak of structural performance but for the project you mention I am quite sure they didn’t look at structural or optimization of holes.
For the holes there are many possibilities, I will opt for meshes and sort of erosion. See that

From edge bundling / wooly paths to surface between Grasshopper