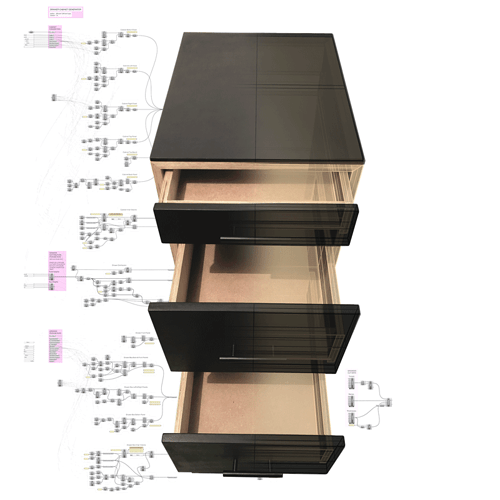 At the beginning of 2022, it became for various reasons clear to me that I needed to make my 3D printer mobile.
I decided sometime in January to build a small, yet sturdy cabinet with three drawers for tool and filament storage, where the 3D printer - an Ultimaker 3 - could sit on top. The cabinet would be placed on wheels so that it and the 3D printer could be moved when needed.

I started out with a Grasshopper definition. Although that may seem overkill for such a small and simple furniture piece, it turned out to be a great idea. I’m not a seasoned furniture builder, and quite honestly this is the most complex piece of furniture I’ve built so far from scratch.
The Grasshopper definition turned out to be a great asset in itself, because I needed to adjust the overall design numerous times, mainly because of the drawer slides. 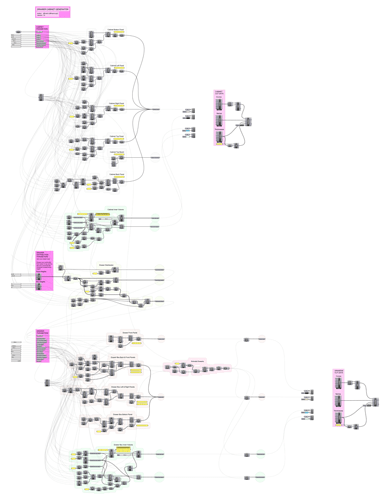 What I learned quite quickly is that - unless you design the drawer slide mechanism yourself -, you should absolutely start by choosing appropriate slides, and size your furniture piece accordingly!
I used BLUM Tandem slides with a soft-close mechanism. The slides themselves sit under the drawer and are thus invisible, in comparison to laterally mounted slides. They are really nicely designed and well worth the money.

Once I had all the right parameters dialled in, I baked the cabinet model to Rhino, and started laying out plans, materials and cut lists that I could later references during the build. 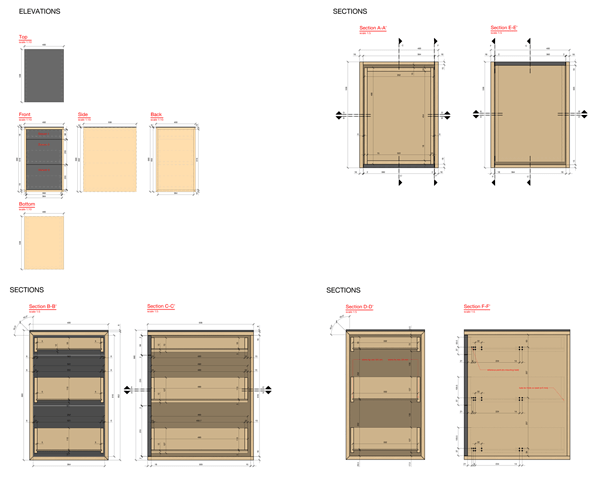 The Grasshopper definition has a built-in functionality to automatically unroll the planar outlines of all individual wood pieces that make up the cabinet. This is meant to make cut lists easier to generate.
You can also preview inner drawer dimensions, open and close the drawers, and otherwise have quite granular control. 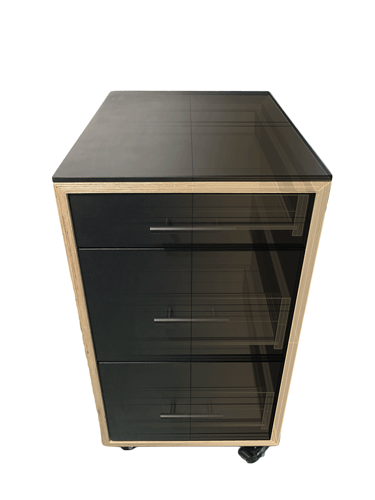 In late February, I finally started to build the cabinet and I took me until the end of March to finish it completely.
I don’t have a wood shop and only very limited tools. The cabinet was built with a drill, a plunge saw - which I got for this project -, a handheld router, as well as a handheld sander.

The entire cabinet is made from birch plywood and MDF. 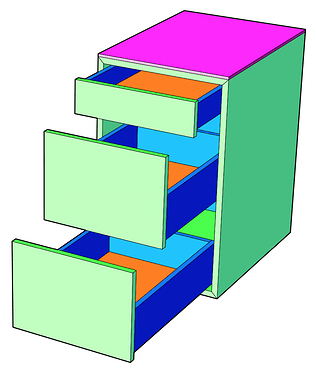 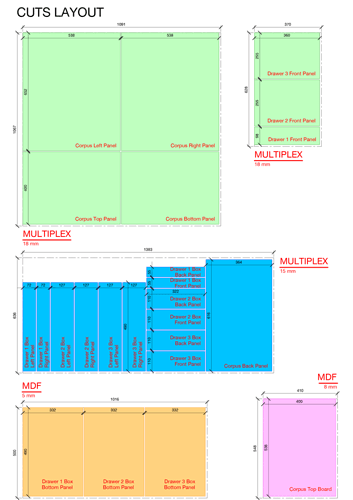 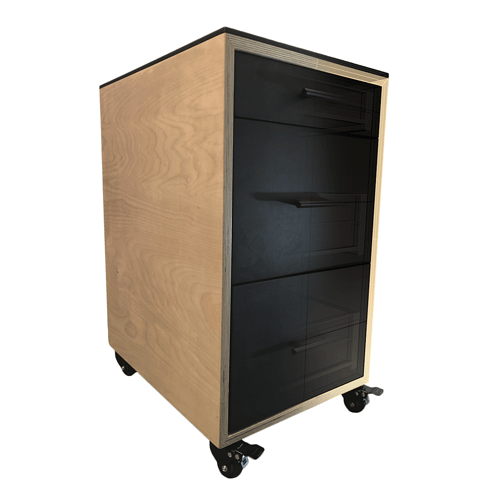 In my opinion, it turned out beautiful and super sturdy, which is neat, since it nicely absorbs the vibrations that the 3D printer produces while running.

Blum also has a free online cabinet configurator which generates your 3D model or technical drawings for you. But where’s the fun in that?

But where’s the fun in that?

I always do this… design it in GH because I will always want to be able to tweak it easily.
I did some kitchen cabinets and created a GH definition for the drawers so I could adjust material thickness etc. No where near as refined as your model though.

I also used BLUM Blumotion runners… these are push to open and soft close. I wish I hadn’t used push to open though… any guests inevitably open the drawers by leaning against them.

I used BLUM’s online configurator for some things and it was pretty good too.

That’s what I got after straight after uploading it, I did not touch the definition at all. Probably with very little work one could improve the materials and add export buttons for the cut files, and get a full online cabinet configurator .

Thanks for crediting me on your website. Is there any way to change the display? The current x-ray view looks weird to me.

Sure, as I mentioned I just uploaded the definition you created without adapting it. You can install the ShapeDiver plugin and use: