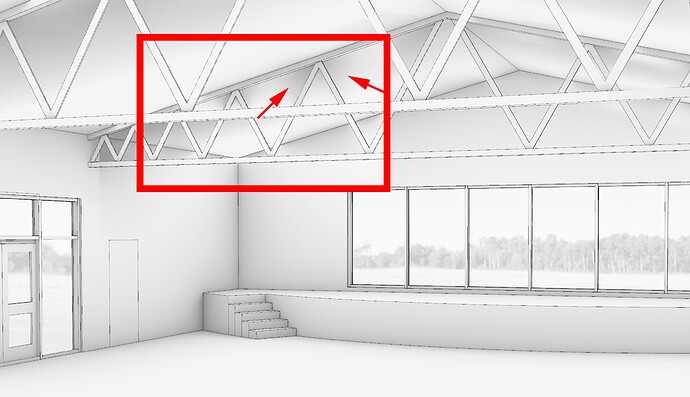 Arctic Mode is fantastic, Revit has a view mode which is similar but basically Rhino’s is much better. I see there is an issue which pops up with both railings and trusses like the ones pictured. The arctic (ambient occlusion) turns off when there are multiple objects in front of each other.

I realize this is perhaps a limitation of the shader which is being used, but if the occlusion effect could be extended to behind objects this would be one of the best ways to view architecture files. The fact that rhino can display a live Revit model makes this pretty tantalizing… even as it stands Rhino has taken the place of my Enscape license. It’s a rendering plugin costing roughly $50 usd a month.

Thanks for great software.

Hi Albert - I think that is a limitation we’ll have to endure for the time being - does this image show, in the bright halos interrupting the AO on that back wall, the same problem? ( made a file for the developer to see the thing you are pointing out, I want to be sure I am griping about the right thing) 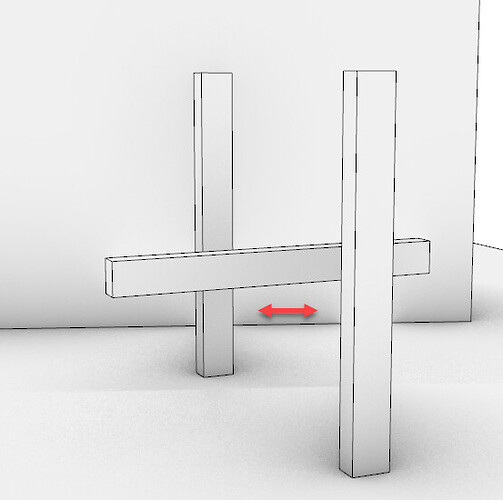 Pascale, yes those are it. If there’s anything I’d add it would be the business case for this kind functionality.

Lots of architecture grads (like me) familiar with Rhino working in Revit are not be oblivious to the use case of Arctic mode. With this problem ironed out and perhaps some basic marketing along these lines I believe there could be real gains to be had for Mcneel & Co.

I’ll dig up some tidbits from over the years, and if there’s anything in it i’d be happy to discuss more.

Here some previous projects along the lines of ambient occlusion achieved with Vray… They where enriched with HDRI but that’s icing, the meat and potatoes is AO which is effectively Arctic mode. Enscape’s “paper mode” is the next best thing, but that software costs as much as Rhino which is why I think there is a case to be made for Rhino Arctic for no-nonsense arch-viz . 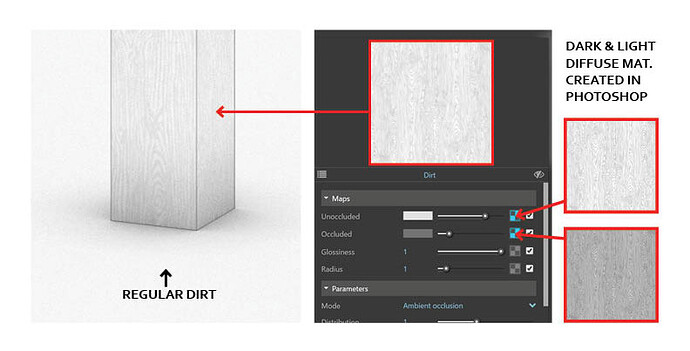 Vray is limited by Revit’s camera system, Enscape is quite popular as of late and it may aswell be because it allows for users to show off their Revit models in non-axonometric 3D. Rhino inside Revit is all that and more… to me it’s a no-nonsense ad-on that makes every project look like a million bucks. This is a significant functionality that Rhino offers beyond it’s ability modelling which anyone here is very familiar with. The following projects is Rhino display modes at work in the architecture industry.

My understanding is that in Rhino the Screen-Space AO uses some ZBuffer-driven trickery and not what the “Dirt” material in rendering engine does. It probably comes with some limitations so it may be hard to expect for it to be perfect (but always worth trying!). It has already improved a lot since its introduction in earlier Rhino versions and works very well both in Artic or as a Skylight Shadow in other display modes.

One thing to note is that somehow in Rhino the “radius” of the AO is related to the lens length, so for wide angle lenses the radius gets smaller and vice versa. The camera target distance also affects it so sometimes it is a bit unpredictable how much of the AO effect we get in the viewport.

There is a little known test command that allows us to control the radius and AO intensity in Rhino, that are otherwise not exposed anywhere in Rhino UI (so far only, hopefully).
Check out testssaooptions and its RadiusMultiplier and Intensity settings.

I wrote a little tool for a bit more intuitive control of the AO radius via that command, here is the script:
DIG_SSAO_TuneUp.rvb (3.2 KB)

One thing to keep in mind is these settings don’t “stick” between Rhino sessions so even if you set a view with well adjusted AO parameters, the next time you open the file they will be back to default.
That’s what the script option ReadDocSettings is for - it remembers the last used settings in the file so you can restore them from the next session.

And a sample video showing the lens-AO dependency and how the script works.

Jarek, that’s some serious dedication. Makes me feel like this is a more common area of interest than it may at first seem. None the less I’ll take Pascale’s words to heart “don’t hold your breath”

Arctic mode is great, thanks devs for what is indeed awesome software. We’re pretty squarely in the realm of perfecting what’s already almost ideal. I believe with this sorted rhino could find it’s way onto thousands of machines through rhino.inside.revit and this added functionality. Mcneel would be capitalizing on an oversight on Autodesk’s behalf by not including perspective 3D and their very poor implementation of AO.

To my mind Rino’s “lighting scheme > ambient occlusion” needs a couple settings or a toggle to enable this slower more accurate ‘rendered’ ambient occlusion. That or rhino’s render settings could have an AO slider that can be enabled with no lighting scheme. The latter method would however require it to be overlaid with another view mode for outlines so I’m not sure users would find it as easily.

Offer R.I.R as a standalone plugin to purchase with this arctic view mode as a default and I think Mcneel has a real winner on their hands. AEC is all about speed.

Mcneel’s already got a working relationship with B.I.G. (architecture), they’ve in essence made a name for themselves utilizing these (simple) graphics. Bugs aside it appears we’re on the cusp of having these inside live viewports inside Rhino. 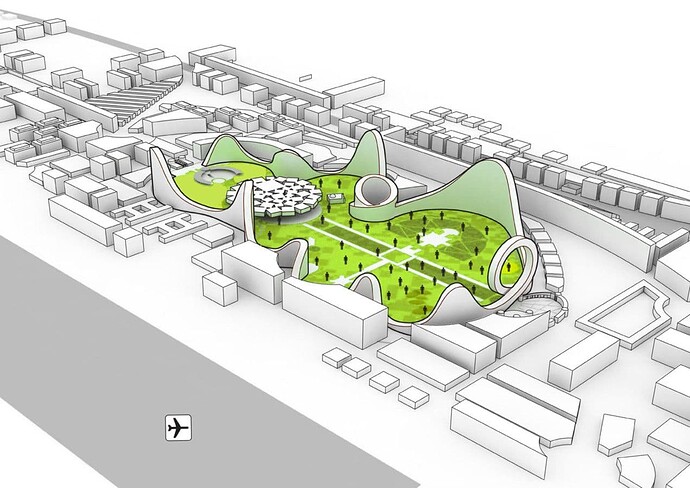