EleFront Beta not available on PackageManager

I’m following the instructions here eleFront Beta Available now!, but when i search in packagemanager i only see this: 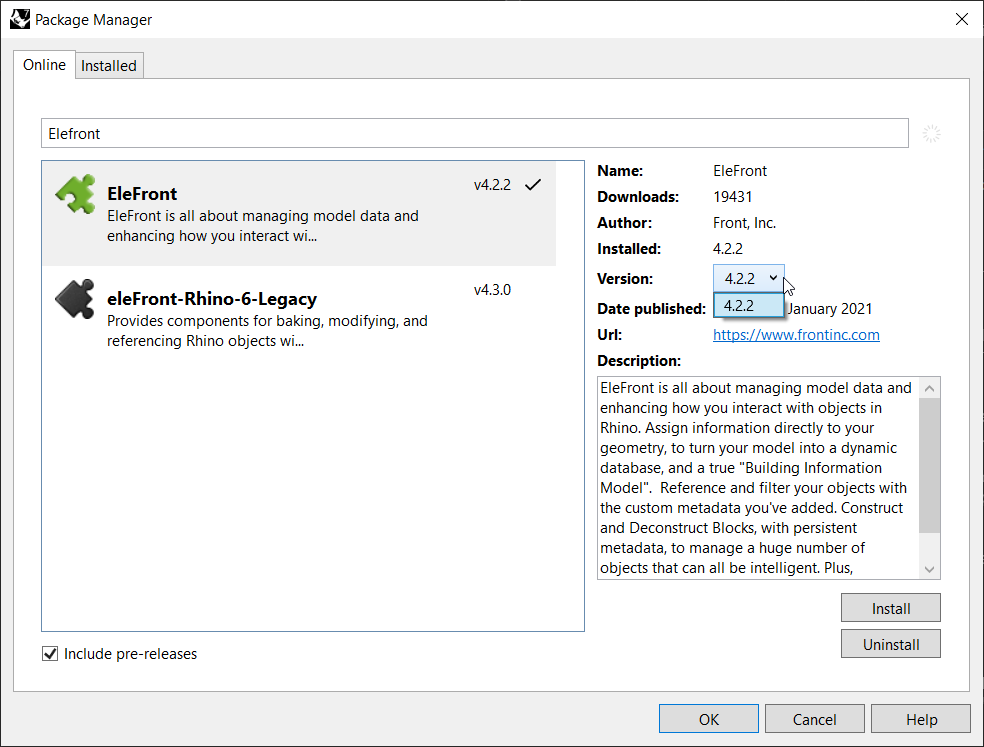 Hi @dharman you need to delete the existing installation first. Check the instructions for “Install Alongside the Stable Version”

Thanks @elevelle, i had no idea package manager was clever enough to hide packages based on what’s already installed

hmm i’m stumped. i just removed all previous versions and installed the legacy version, however i still don’t have an option to install 5.0.1-beta in the package manager
Is package manager tied to rhino service releases? Our company software center doesn’t allow us to get every service release, so i wonder if that’s why I’m not seeing it? My company computer is on 7.13.21320.13001, 2021-11-16 as stated in my OP 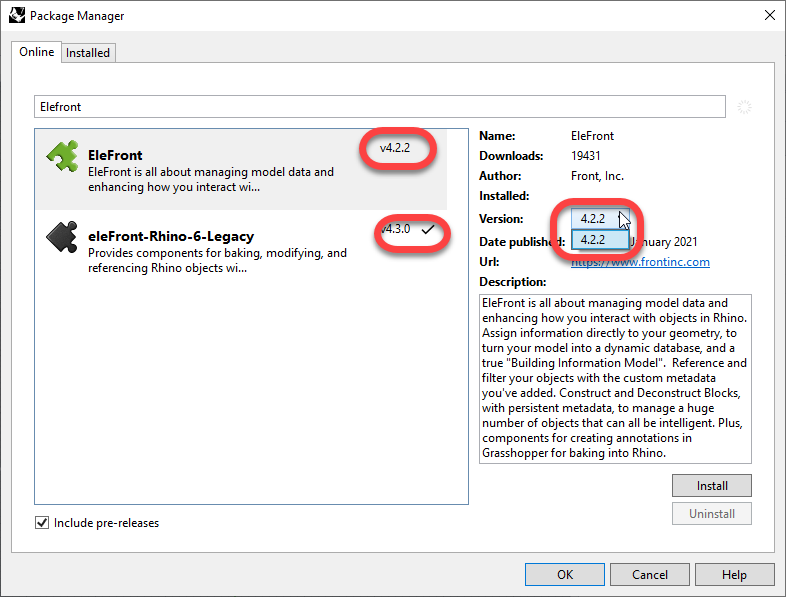 Hey @dharman, this is working as expected. Package versions can specify minimum versions of Rhino. For a plug-in this is usually the version of RhinoCommon that it was built against. In this case, EleFront v5.0.1-beta requires Rhino 7.15.

@elevelle, if you aren’t relying on something that was fixed/added in Rhino 7.15, you could consider building against an older version of the RhinoCommon NuGet package.

Thanks for the clarification, that makes sense and is a useful mechanism to ensure compatibility. It is little confusing that the release is not visible. I’d almost prefer it to be visible in package manager, but either not selectable or a warning about being built against a different version.

@will thanks, we will check this out and re-build against an older version.

I just pushed an update of eleFront that is built against version 7.6. It should be available now as “5.0.2-beta”. Food4Rhino update forthcoming. Hopefully that makes it available for you!