Hi! I am working on a project that involves creating a positive for a bronze cast. I want to use a CNC milling machine to cut the positive from Polyurethane. Since the CNC software only works with NURBS files I need to find a way to convert my C4D file. Any ideas? I would really appreciate any help.

That would mean reverse engineering your mesh - which is not a simple matter…
https://wiki.mcneel.com/rhino/reverseengineering

Most of the time, CNC software will need to make meshes from NURBS to generate tooling paths. I would look into the possibility of using different software.

Depending on the CADCAM software and how/where the machine is used, a nurbs model may not be necessary.

Nurbs models are generally preferred for milling in steel … the CADCAM software optimizes the toolpaths to provide the smoothest possible finish. In general, its not possible to optimize a toolpath from a mesh created externally to the CADCAM application (an imported mesh for example), and must internally generate the meshing for toolpaths.

If the material to be cut is non metallic, many 3 axis (or greater) routing systems happily accept meshes. In that case the size of the triangles need to be considered to reduce visible faceting on the cut material.

In that case the size of the triangles need to be considered to reduce visible faceting on the cut material.

Thanks guys! I’ll try to figure out which software is used.

The CADCAM software used at my university is Simatron. Workshop guy says: It has to be NURBS. Any experience with reversed engineering in Rhino? Or mesh to NURBS in general? I am running rhino on a MacPro at the moment, which doesn’t make using external plugins easier. Thinking about installing a Windows trial via bootcamp …

hi snirt, i have googled a bit about this software and it appears to be Cimatron. i also found that you have posted an image on some other site, maybe you can do this here to maybe even better post your mesh here that people can help you finding a possible method for reverse engineering it. from what i have seen using contour and loft and adding the “nose” part would do, but nothing which will be done in 3 minutes so better plan an hour to make it properly if it will be sufficient for your needs at all.

oh and PS: since the software needs only nurbs for milling i guess a polysurface would do or is there a limit for the amount of polysurfaces ? then you can just use MeshToNURB in Rhino, it will conver each polygon into a nurbs resulting in the same resolution you had as a mesh just that its a Nurbs polysurface than. that should do i guess.

If it has to be nurbs, it might be possible using the T-Splines function in Fusion360. (I believe Autodesk does have educational licensing, and you may be able to get your own license for free.) Although T-Splines will fit a smooth nurbs surface to a mesh, the intent was never really to be a mesh to nurbs converter, although it is used that way. If the poly count on your mesh is relatively low, or it can be decimated down without loosing too much detail that could be an option. Keep in mind hard/sharp edges will become rounded and surface texturing will be limited, whether is converted from polys or other method.

Its possible that Cimatron would support meshes with an upgrade or add-on. If it cannot, there are some relatively inexpensive applications (perhaps some more expensive ones with educational licensing) which will put a toolpath on a mesh. It would need post processor support for your CNC but that typically is not an issue. Depending on how purchasing/budgeting works at your university, that may not be an immediate option.

oh and PS: since the software needs only nurbs for milling i guess a polysurface would do or is there a limit for the amount of polysurfaces ? then you can just use MeshToNURB in Rhino, it will conver each polygon into a nurbs resulting in the same resolution you had as a mesh just that its a Nurbs polysurface than. that should do i guess

Despite the facets becoming a nurbs surface, it could be refused for many CAM applications depending on the specific software and usage. For milling an injection mold, that would be unusable.

Thanks for your advice guys! I really appreciate it. I guess I’ll start with some hours of Rhino tutorials and the MeshtoNURBS. I don’t know how purchasing and budgeting at my university works. Have been trying to figure that out since the beginning. But I know that most workshop personal don’t want to hear about what could be changed for good :). 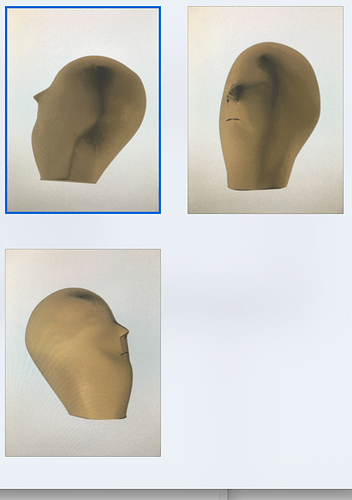 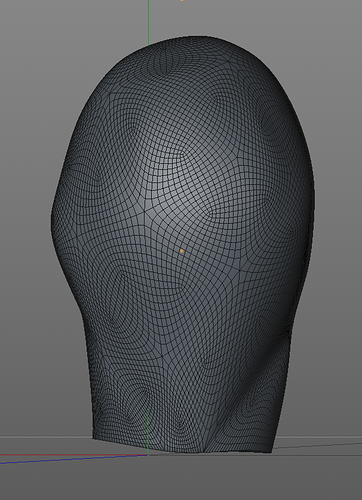 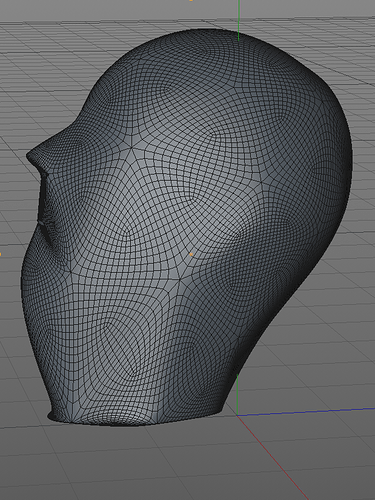 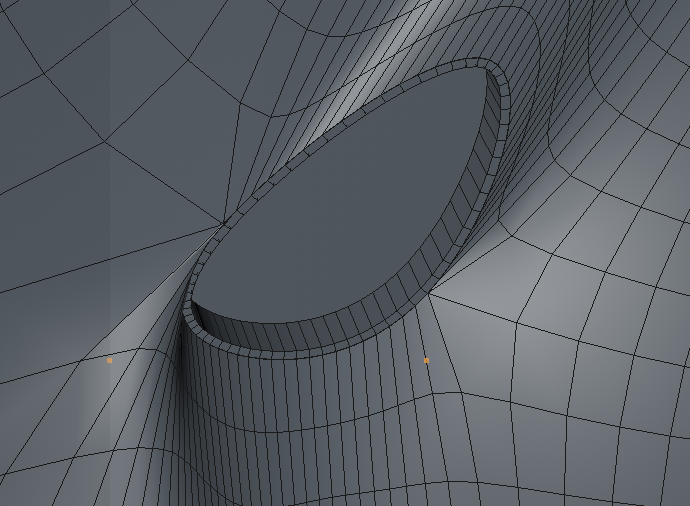 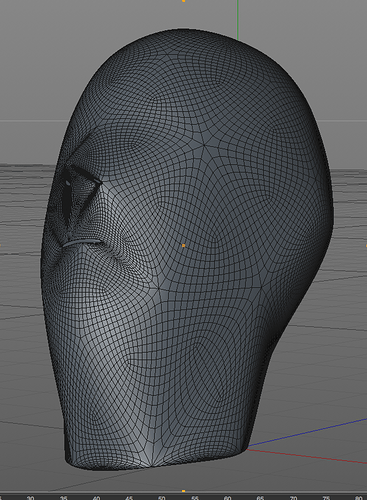 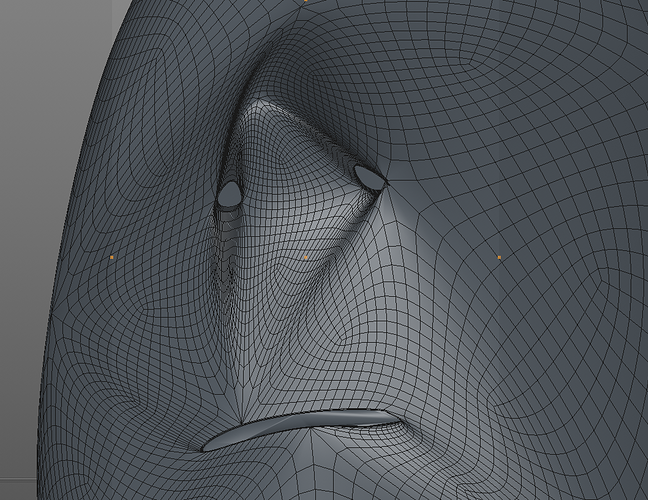 If you do use MeshToNurbs, try a test object first before you commit a lot of time. Its possible that a direct conversion of poly facets to nurbs facets without any smoothing may not be acceptable. Give the test file to your workshop guy and see what he says.

if you can mill your head in two halves, if you or your miller has that skill, ArtCAM is your friend. Reason - ArtCAM can import polygon data, such as an STL file (polygon mesh) and the like, which is what Rhino outputs rather nicely. No need to run for the big CAM boys ; )

Try it out for yourself : )