Hello. Is there a functionality similar to “Stitch” command that connects two SubD edges at their (variable) intersection? Expected behavior should be similar to “Connect Srf” or “Blend Srf”. Any hint appreciated. 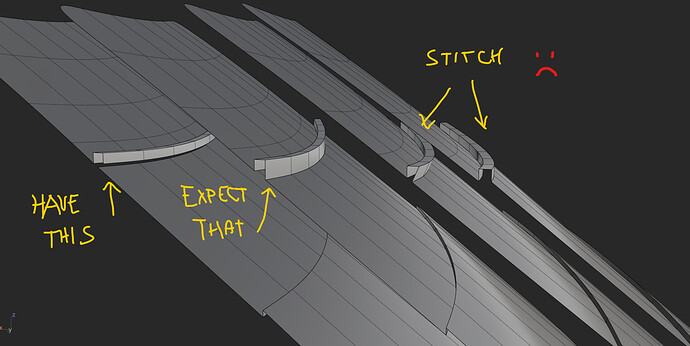 Hi Petr - how would you get ‘expect that’ automatically - some edges have to retreat and some extend to get there - it is neither Average, nor First, nor Second…? I do see that it would be handy to see a preview of First/Second/Average and Press enter to accept though.

First and Second are both at the picture attached. I didn’t get the logic of that command - it sometimes offers just “Avegare” option and sometimes just “First/Second” but no “Average”.

By “expect that” I mean that I expect that result from any command or approach…probably different from what “stitch” does.

but I think the results are correct, if not what you are shooting for, am I correct about that?

Using Slide on these edges first, 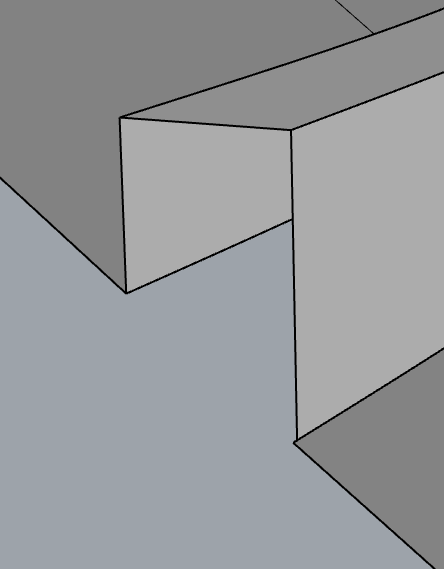 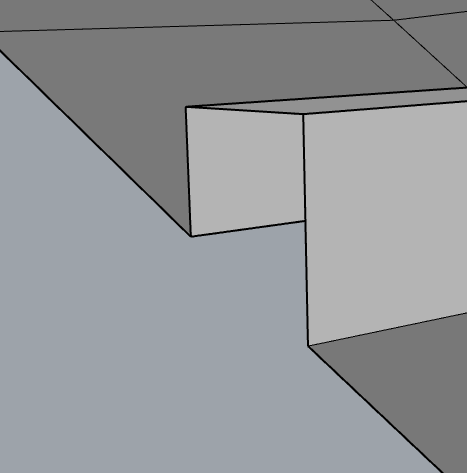 may get you the right thing.

Thank you for you suggestion. This approach is fine util I have a situation with variable angle of the surface. Then the sliding doesn’t work.

Are there more SubD tools planned to be added to Rhino 8? This “Connecting SubD” could be one of them. 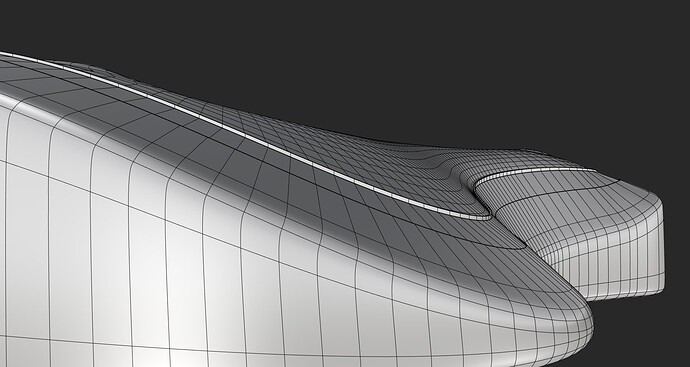