Currently I am having an issue where I’m not able to draw circles.
Specifically, the circle dissappears when executing final step.
No geometry is made. (checked by trying to “select all”)

Any solving help regarding this would be greatly appreciated!

Please run the SystemInfo command and post the results.
I suspect you are running an old defective OpenGL GPU driver.

And please assign your posts to the appropriate categories and stop posting the same message repeatedly.

Could be.
Using a laptop that is getting old (2013-ish), by todays possible standard.
Give me a few sec

Sorry about the double posts. I just got a bunch of errors, and noticed that it went though anyway ;S
Weird.

If it’s that old, your laptop most likely does not meet Rhino V7’s System Requirements.

Here’s a link with great advice for getting a good replacement system:

If you are buying a new laptop READ THIS Windows Hardware

If you are in the market for a new lap top to run rhino. Most importantly, Look for one with a standalone video card. Specifically an nvidia or amd. More vram and more rendering cores (cuda cores) are better. Mac users should be looking at a Silicon M1. Laptop Machines that are referred to as “hybrid” must have a stand alone card that you can force the machine to use instead of the built in intel. These machine prioritize battery life over performance and try to use the Intel graphics as …

Your display drivers are both old.

1 - Your display drivers are more than 2 months old , update them manually.
The automatic driver update tools have a near 100% failure rate .
Use these links instead:

2 - for " Hybrid " graphics systems like yours, make sure your Nvidia card is " primary " for OpenGL

Was hoping to be able to postpone buying a new laptop until 2022.
Everything has been going fine until recently…
But I guess I was going to hit this wall sooner or later.

The GPU drivers… indeed. Haven’t seen any updates from Nvidia lately… ;S
But is it really likely that a driver update alone suddenly breaks the circle command?

No. What broke the display is almost certainly a Windows update.
The fix is usually updated display drivers.

Do not use any of the automatic driver checking tools.
They have a near 100% failure rate and will tell you your drivers are current when they are not.
Use the links I gave you instead and find the current drivers manually.

but then selecting the geometry should still be possible?
I mean it’s not just a visual thing. The geometry is not being made.
It’s like like the circle command is never “finished”.

Let’s get the drivers updated then see if there is still a problem.

You might have a Selection Filter problem as well compounding your confusion.

Specifically, the circle dissappears when executing final step.
No geometry is made. 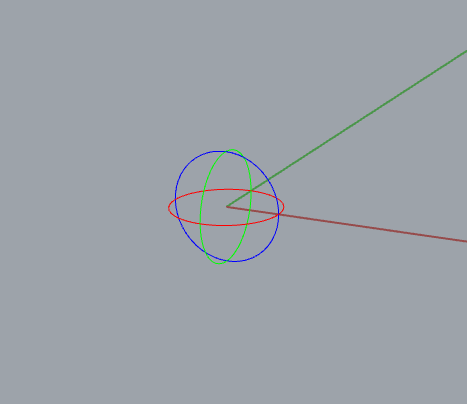 Can’t follow up much more on this topic today though.
Got to get myself some food, before I end up devouring my laptop instead.

OK, so it seems possible that it’s not a display problem then… odd.
Check back in when you have gotten something to eat…

Sorry for the overly late reply Helvetosaur.
Well, here is an unforseen update to the issue.
I started my laptop again this evening, to have a look at the issue at hand.

Weird, but true; The problem seems to be gone.
I’ve been scratching my head regarding this one, because there has been 0 changes on my laptop since last i wrote.
Oh well… If it works, I guess it works.

Although this is a bit of a jump, I’ve noticed a different issue when using Rhino 7.
Copy/Paste seems to be incredibly slow. Read somewhere in the forum that the issue would dissappear when deactivating OpenGL in “Display Pipeline Assignment”… That seems to be the case for me as well…
Heard anything regarding this?

Heard anything regarding this?

I think they’re working on a fix for this…