Hi!
This is a business jet concept (nose section) I made.
Testing with some SubD options, material reflections, decals and lightings.
Really happy with Rhino 7 Mac Raytraced option (although a bit slow in my 27" iMac (i think due to the big screen) but compared to old versions, a big big improve. Need to learn a lot more about Rhino, SubD and rendering settings.
Appreciate programers efforts improving Rhino!.
Hope you like my work.
Sincerely,
Jorge Rocafort. 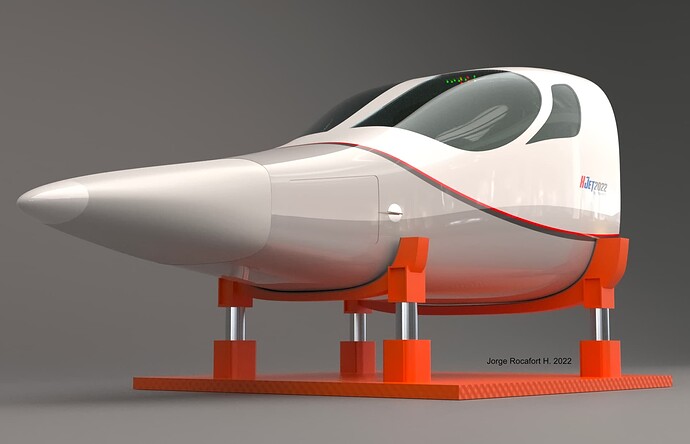 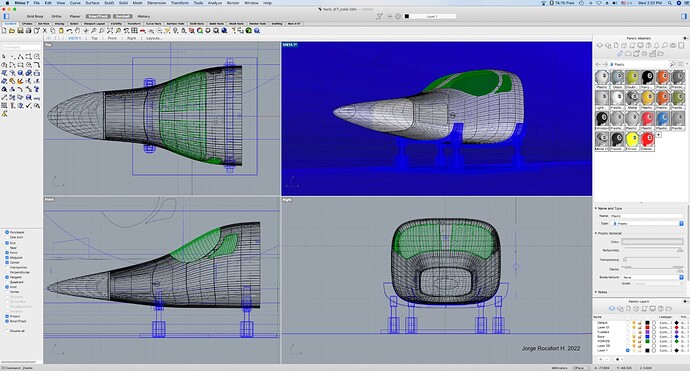 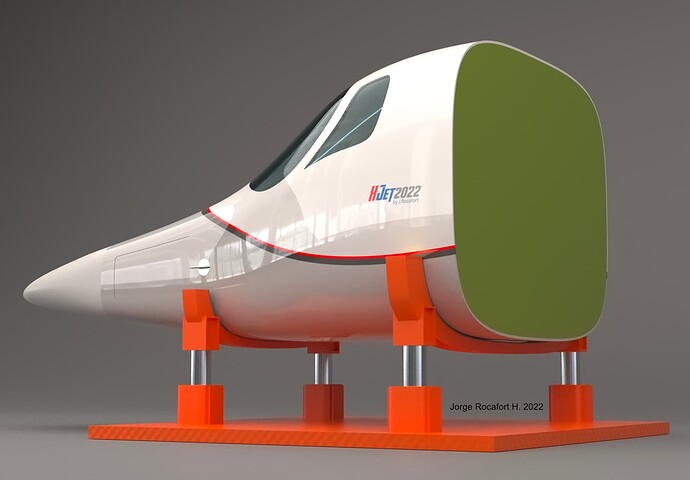 Nice! Everything is okay

Nevertheless, I think it was better the jet nose was a little lower and wider to the fuselage.
Also, the side windshield seems to be small and doesn’t provide a wide sight for the pilot.

Or maybe, my ideas are wrong.

Hu!
Yes! Good observation. In fact i think the nose is too long, looks like an insect.
Thanks! 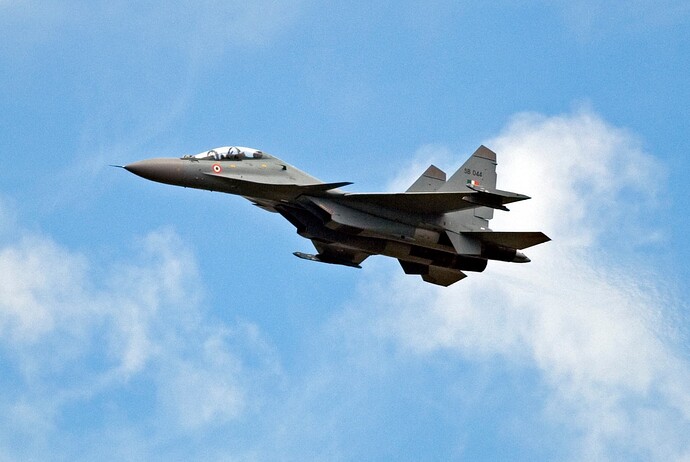 If you look at the Russian fighter, Sukhoi-30 accurately, you will notice it has the same nose you designed for the commercial jet and has a little deviance to up in the bottom, but it is according to the fuselage width.

The plane you designed has the same nose, but it is connected to a wide fuselage in a short distance, and it is a type of incoordination.

Also, Sukhoi is a supersonic warplane with two powerful turbojet engines that offset the forces in the bottom of the nose, but in a commercial jet that works with the weaker turbofan engines, the upward forces in the nose can affect the performance of the plane, though they can be ignoble in the ordinary calculations.

In addition to these, as the nose is not according to the cockpit, this part is exposed to a higher pressure of air at high speeds and creates resistance, unlike the aerodynamics topics.

I’m not connected to aviation jobs but am a free reader and researcher in this field.

Of course, your design is admirable, and the disadvantage of the nose is not a considerable problem.

Thank you for sharing this admirable work with a professional designation, materials, and light that made a realistic shape of this type of plane. If somebody sees this part out of the McNeel website, I don’t think he can differentiate between that and a manufactured part.