I’m just starting out in Rhino (and 3d modeling for that matter) and building experience by modeling real world objects and watching tutorials. I’ve hit my first roadbump that I can’t figure out.

The object that I’m modeling had a data sheet in .pdf format of the object. So I imported the pdf into Rhino, which imported the vector lines/curves to help me get started with the overall shape. There is also text that go imported as curves. I turned the text curves into surfaces and put them on their own layer and assigned a different color to the layer. It looks fine in the top view, but in perspective view (in shaded and rendered mode) the color of the text isn’t solid. It’s picking up a bit of the color from the object that the text was projected onto. Pictures below for reference. I’m sure it’s something simple that I’ve overlooked. Thanks for any tips/input. 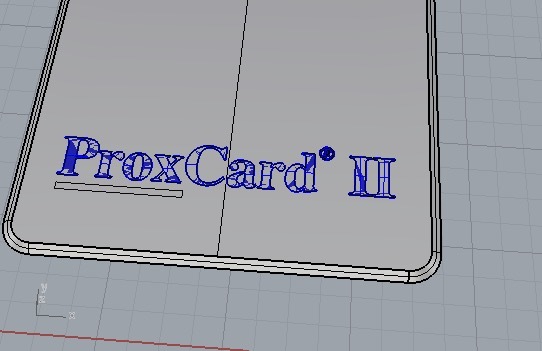 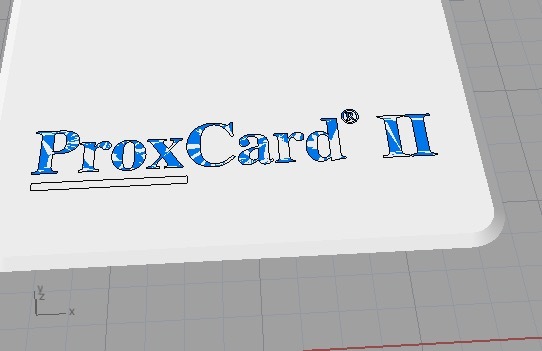 Two objects at the same z-level, how should Rhino know which material/layer color to show? Afaik there is no layer priority, Rhino treats them as equal. What you can do is use the text curves to trim the surface underneath, i.e. make holes in it with the text precisely fitting in them, or cheat and raise the text objects by a small amount.

That makes sense. I projected the curves onto the surface and then trimmed it and that took care of the issue.

Thanks for the tip!