Hi I’m trying to model this object I’ve sketched out for my university class. I currently already have the base structure as a closed mesh, and need to model the yellow part. The yellow parts should look like the beehives in the pictures I uploaded. I reaslised that its kind of like a voronoi on voronoi, and I have never used grasshopper before, so I’m a bit lost on how to create the structure… I was hopping someone here would be able to give me advice or point me in the right direction, thank you! 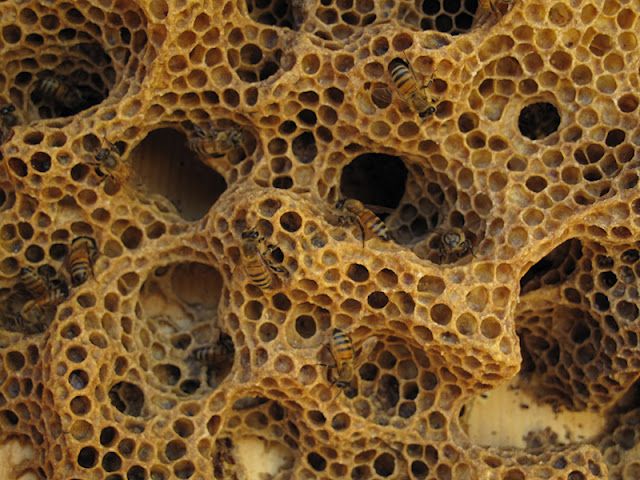 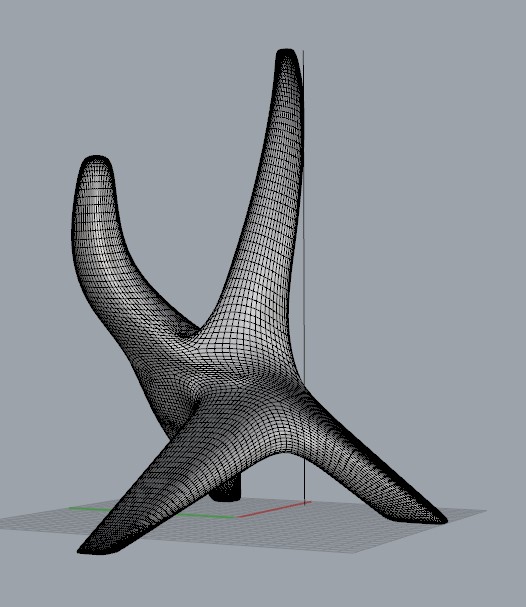 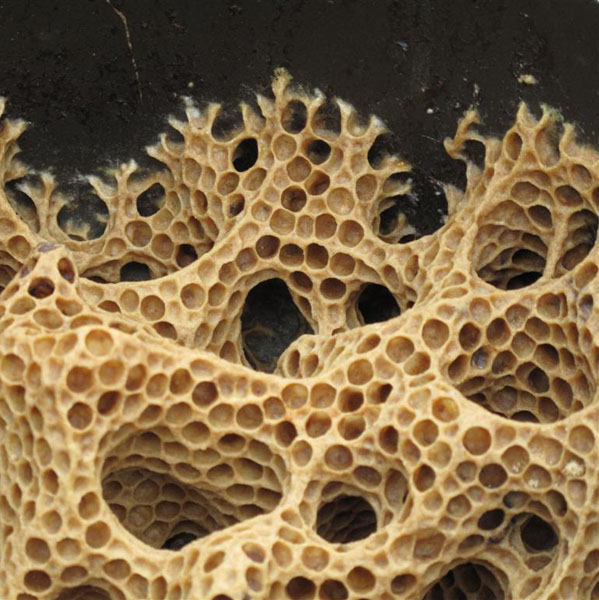 Hm, depending on what you want to do here, this might be quite an involved task.

The yellow parts should look like the beehives in the pictures I uploaded.

Yes, do you imagine the yellow part as more of a surface (or facade) that drapes like a piece of cloth over the base shape, or rather like a three-dimensional amorphous volume?

Also what about the larger and smaller openings/holes/cavities? How do you define their distribution, depth, radius, etc.?

Aren’t honeycomb cells circular and - when packed tightly inside the hive - take an hexagonal form due to surface tension and temperature of the wax? I also think that they aren’t really cells on top of cells on top of cells. If you look closely at your reference pictures, it seems like bees build a porous shell, not a 3D Vornoi.

Overall, I’d start with the base shape of the yellow part.

If it’s tissue-like, you could model a simple base mesh, then relax and collide it with your base shape for instance with Kangaroo. The relaxed base mesh could then be turned from quad to hexagonal cells, or even Vornoi, and maybe extruded to get the cavities and some thickness.

If however you want to start with a volumetric shape you might probably need another strategy. You could for instance start with a voxel erosion thingy to define the overall volume and turn the remaining voxels into a mesh with Marching Cubes. After that you could do a circle packing on the new base mesh and take the packed circles as base to create hexagonal cells or Vornoi cells of the pores.

Take all of this with a grain salt since it’ll probably be anything but easy. Also many roads lead to Rome.

If you’ve never used grasshopper before, maybe try triangulating the mesh (triangulate component), and then use the weaverbird dual mesh component. That will get you a ‘mostly’ hexagonal structure with minimal effort.

Refining the triangular mesh is then improvement to work on, to create a fair mesh before the dual. You can use things such as MeshMachine in Kangaroo 2 for that, or other ways - I just like using mesh machine as it would kind of simulate the bees jiggling around.

Thank you for your response!! I was thinking of having the yellow part feel like of like it drapes over the base structure, but actually has that hard wavy three-dimensional amorphous volume? Sorry, not sure how to best describe it. It should look more like the last picture actually- Where it looks like its sticky (on the base structure) and slacks a down a bit in the middle, but theres also the cavities and such. So like a porous shell as you mentioned but still feels kind of drape-y, where the form is also dependent on the shape of the already modeled structure?

Ah I havent considered the distribution, etc as I thought I could play around with it with the number slider function in Grasshopper and see what looks better. Hmmm… And to be honest, I’m not quite sure how honeycomb cells work entirely (definitely learnt a lot from what you wrote of it). But basically the project I’m doing is to design then 3d print a form based on three words. My words are hive, bifurcated and tripod and the sketch is the form I came up with to incorporate all those words. I think that the honeycomb cells dont need to be that detailed, and can be just circular or hexagonal as long as it looks like a hive overall!

I also think that I should start with the base shape of the yellow part. I saw this video and was wondering if theres some way to do something similar? Like generate points on the mesh I already modeled, then get them to connect and form a mesh? or something like this . But I don’t know what I should be putting instead of the extruded curve for my case.

The video shows the use of Kangaroo 2, included within the latest version of Grasshopper for Rhino 6.

I would encourage to have a look at the Kangaroo examples on github, for example the ‘drape’ example: Triangulating and dualing the result from this will give you a hex-like mesh. I won’t post any code, because I’m presuming you would like to learn yourself, but essentially a few tweeks to the ‘drape’ example using Weaverbird components looks like this:

There is also a drape command in Rhino which you can try to generate an initial mesh if you’re struggling with Kangaroo.

Best of luck with it.

Actually Catmull Clark subdivision works better than Loop (the blue component at the end) for creating the cellular hive shapes. Sorry having too much fun, must get back to work…