I just upgraded from Rhino 7 SRC18 (rhino_en-us_7.18.22116.07001.exe) to SRC19 (rhino_en-us_7.19.22130.15001.exe) and immediately noticed that the latest version introduced a critical downgrade regarding the plug-in for 3Dconnexion devices! The latter no longer works with my SpacePilot that up to version SRC18 was performing perfectly fine via replacing the default 3dxrhino.rhp file with one taken from Rhino 6.5 (which in reality was a Rhino 5 plug-in still used in early Rhino 6 releases) in the C:\Program Files\Rhino 7\System folder. That’s quite sad, because it means that I have to downgrade back to Rhino 7 SRC18 and stick with all the bugs that were present up until today.
Modern 3Dconnexion devices that I tested in the past few years performed noticeably worse in comparison with the SpacePilot, especially for fine movements with higher speed and increased dead zone.
Is there any chance to fix this huge inconvenience and add support for the previous 3dxrhino.rhp plug-in for Rhino 7 SRC20 that was successfully used up until Rhino 7 SRC18? 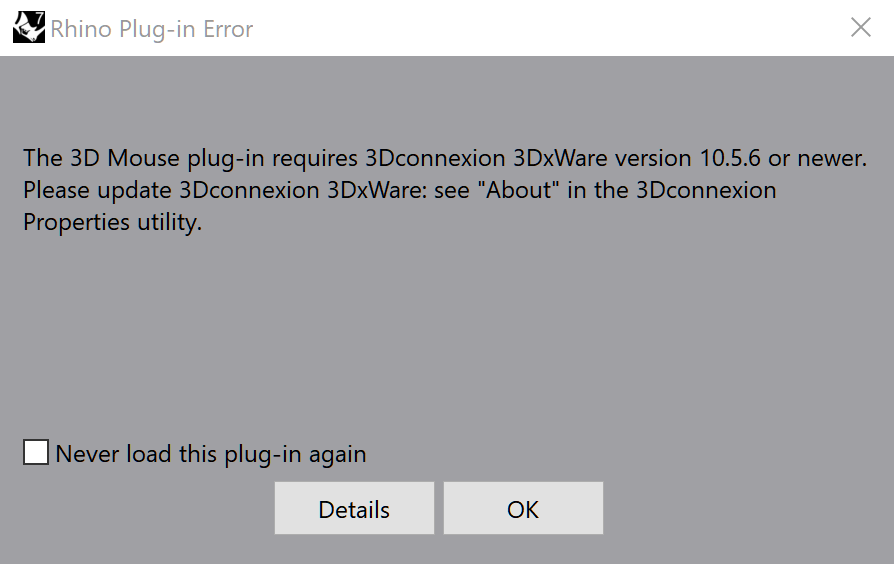 From what I can tell, the 3dxRhino plug-in has not changed since March of 2021. The message you are seeing has been presented by the plug-in for a few years (too).

I guess we will need more information on what you’ve got going on - what version of 3dxRhino are you or have you been using. 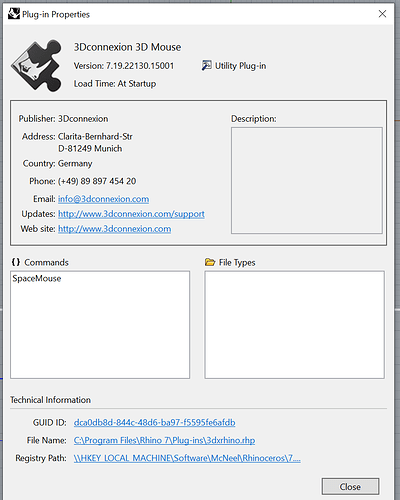 Hi Dale, I repaired Rhino 3 times and also reinstalled it twice. Also, reinstalled the 3DxWare 10.3.0 driver twice. Something prevented the plug-in and driver to work together, but finally, after all of those re-installs, my SpacePilot works again. I didn’t had those troubles with inability to use it after updating to newer versions since I got Rhino 7 when it first came on the marker back in December 2020.

It would be really nice if “McNeel” considers adding an option in the Rhino settings to use an alternative legacy plug-in (like the one I uploaded above taken from Rhino 6.3, which is actually from Rhino 5) as a way to support discontinued 3Dconnexion devices. Or, at least add support in the Rhino settings to control the sliders to adjust the speed of each of the 6 axis of the 3d mouse’s handle, as well as ability to customize the buttons and create macros. Those are absent from the Properties panel for the 3d mouse in Rhino. 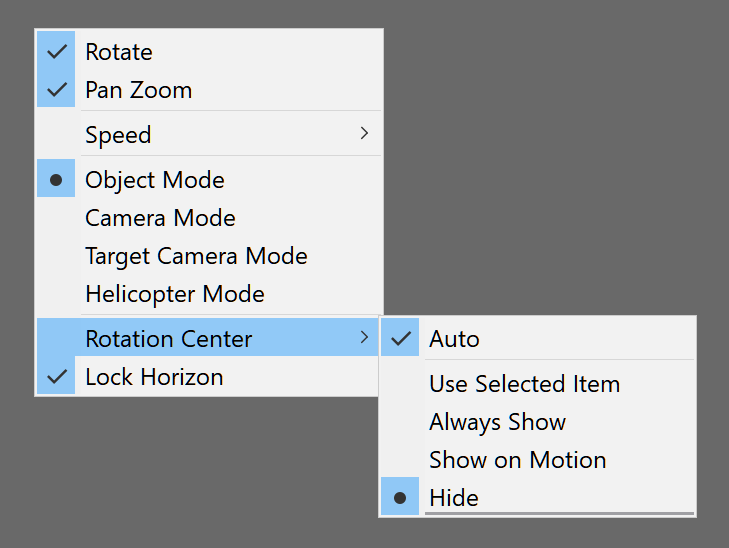 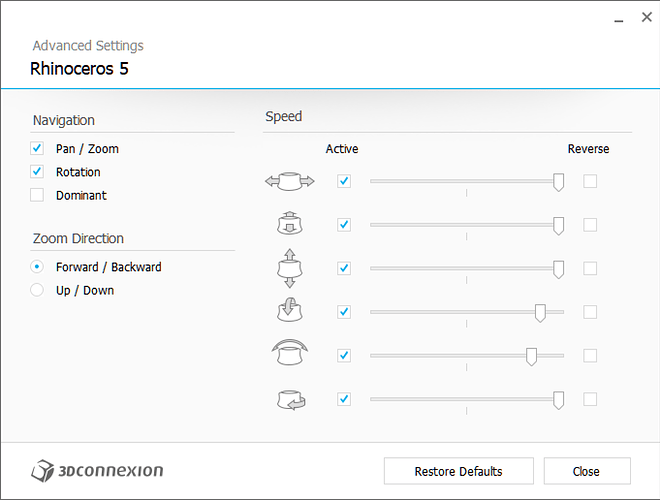 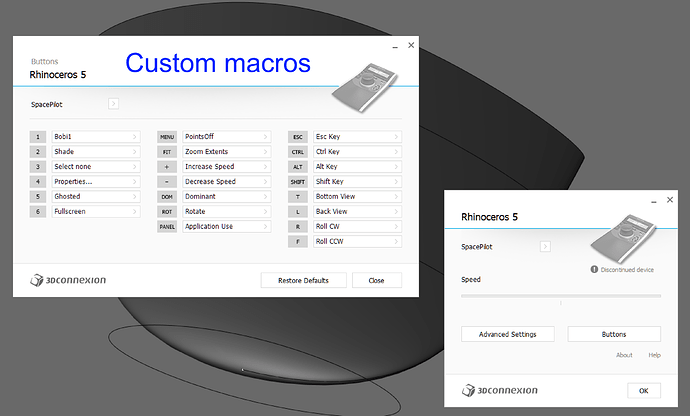 My SpacePilot was officially axed by “3Dconnexion” back in 2013, when they stopped supporting it by intentionally removing it from the list of supported devices in their newer drivers (a.k.a. “planned obsolescence”). While the 6-directional cap of my SpacePilot works without any driver with Rhino 7, this way it lacks any ability to set different speed for the individual axis, nor any settings to the custom buttons (18 in total). Also, inability to create macros and use the LCD screen. Those are only available via installing the 3DxWare 10.3.0 driver, which is the best one for use with SpacePilot.